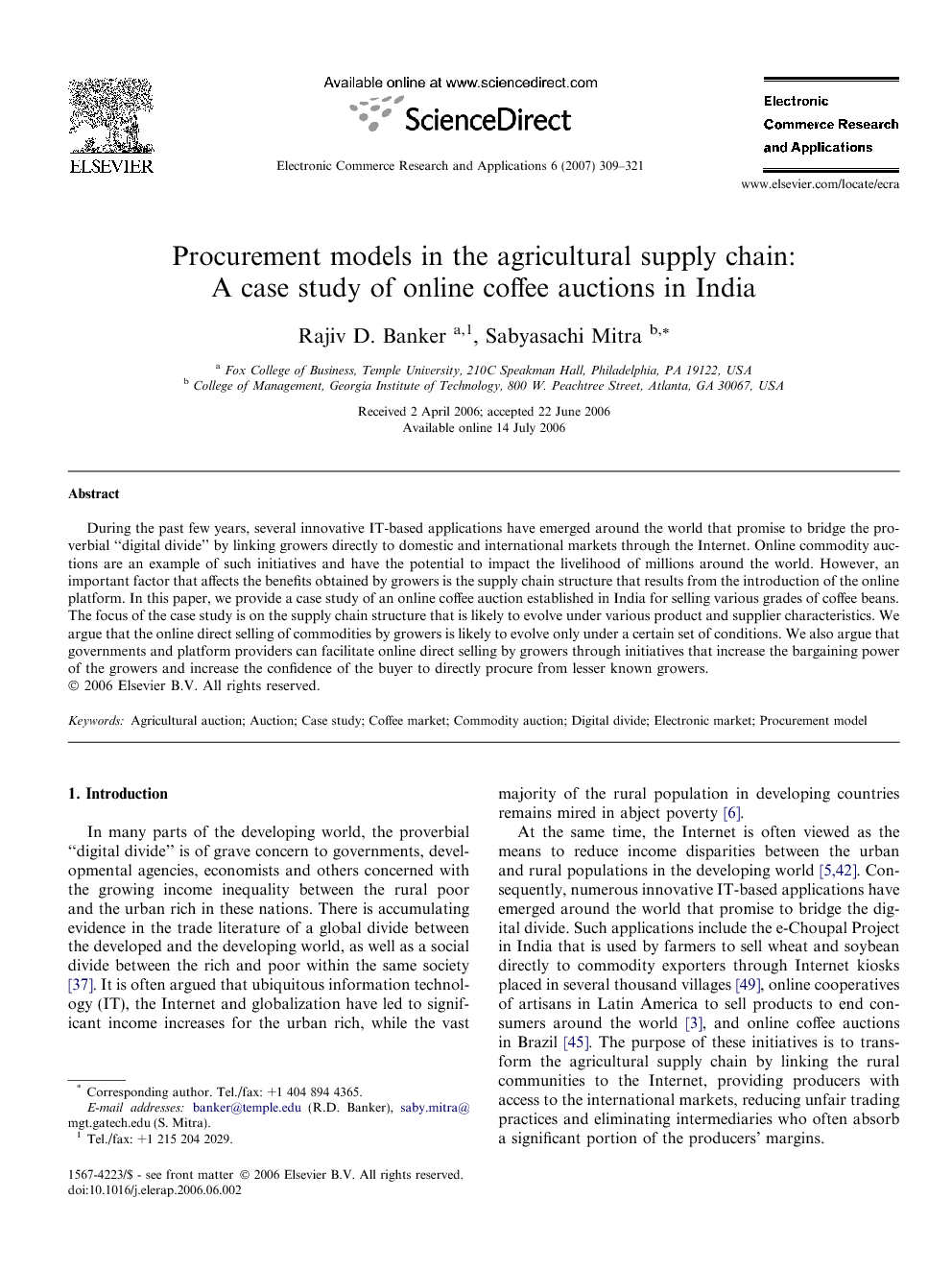 During the past few years, several innovative IT-based applications have emerged around the world that promise to bridge the proverbial “digital divide” by linking growers directly to domestic and international markets through the Internet. Online commodity auctions are an example of such initiatives and have the potential to impact the livelihood of millions around the world. However, an important factor that affects the benefits obtained by growers is the supply chain structure that results from the introduction of the online platform. In this paper, we provide a case study of an online coffee auction established in India for selling various grades of coffee beans. The focus of the case study is on the supply chain structure that is likely to evolve under various product and supplier characteristics. We argue that the online direct selling of commodities by growers is likely to evolve only under a certain set of conditions. We also argue that governments and platform providers can facilitate online direct selling by growers through initiatives that increase the bargaining power of the growers and increase the confidence of the buyer to directly procure from lesser known growers.

Does the introduction of an online commodity auction format reduce the digital divide and bring the benefits of the Internet to the rural communities? We argue in this paper that the online direct model, which connects smaller and lesser known planters directly to buyers, emerges as the dominant model only under certain situations. In two of the other supply chain models, intermediaries play an important role in the supply chain and are likely to appropriate significant economic rents for the value they provide. An important issue that arises in this context focuses on the role of governments and platform providers in ensuring that the benefits of online platforms are disseminated to the smaller and lesser known planters in the supply chain.