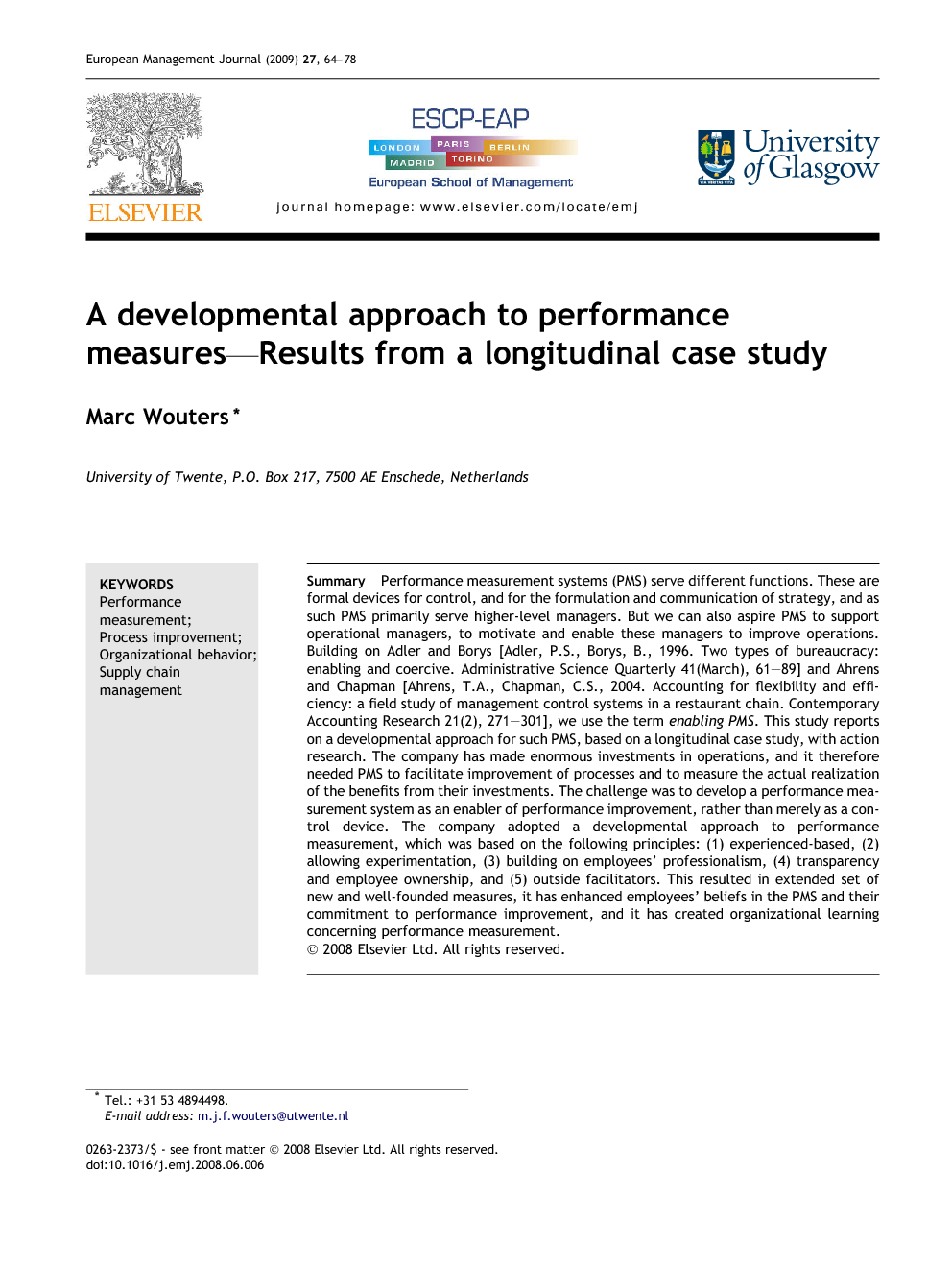 Performance measurement systems (PMS) serve different functions. These are formal devices for control, and for the formulation and communication of strategy, and as such PMS primarily serve higher-level managers. But we can also aspire PMS to support operational managers, to motivate and enable these managers to improve operations. Building on Adler and Borys [Adler, P.S., Borys, B., 1996. Two types of bureaucracy: enabling and coercive. Administrative Science Quarterly 41(March), 61–89] and Ahrens and Chapman [Ahrens, T.A., Chapman, C.S., 2004. Accounting for flexibility and efficiency: a field study of management control systems in a restaurant chain. Contemporary Accounting Research 21(2), 271–301], we use the term enabling PMS. This study reports on a developmental approach for such PMS, based on a longitudinal case study, with action research. The company has made enormous investments in operations, and it therefore needed PMS to facilitate improvement of processes and to measure the actual realization of the benefits from their investments. The challenge was to develop a performance measurement system as an enabler of performance improvement, rather than merely as a control device. The company adopted a developmental approach to performance measurement, which was based on the following principles: (1) experienced-based, (2) allowing experimentation, (3) building on employees’ professionalism, (4) transparency and employee ownership, and (5) outside facilitators. This resulted in extended set of new and well-founded measures, it has enhanced employees’ beliefs in the PMS and their commitment to performance improvement, and it has created organizational learning concerning performance measurement.