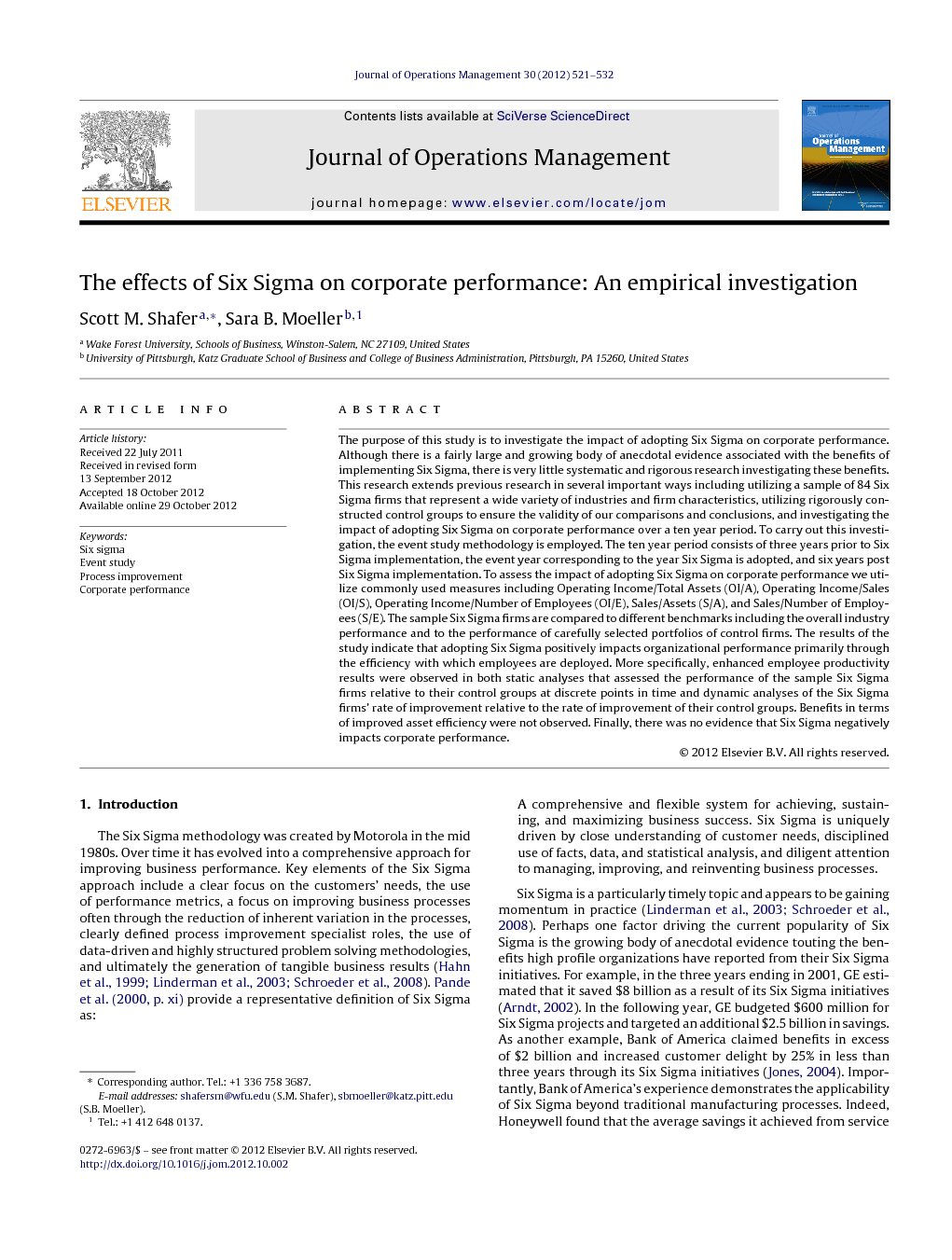 The purpose of this study is to investigate the impact of adopting Six Sigma on corporate performance. Although there is a fairly large and growing body of anecdotal evidence associated with the benefits of implementing Six Sigma, there is very little systematic and rigorous research investigating these benefits. This research extends previous research in several important ways including utilizing a sample of 84 Six Sigma firms that represent a wide variety of industries and firm characteristics, utilizing rigorously constructed control groups to ensure the validity of our comparisons and conclusions, and investigating the impact of adopting Six Sigma on corporate performance over a ten year period. To carry out this investigation, the event study methodology is employed. The ten year period consists of three years prior to Six Sigma implementation, the event year corresponding to the year Six Sigma is adopted, and six years post Six Sigma implementation. To assess the impact of adopting Six Sigma on corporate performance we utilize commonly used measures including Operating Income/Total Assets (OI/A), Operating Income/Sales (OI/S), Operating Income/Number of Employees (OI/E), Sales/Assets (S/A), and Sales/Number of Employees (S/E). The sample Six Sigma firms are compared to different benchmarks including the overall industry performance and to the performance of carefully selected portfolios of control firms. The results of the study indicate that adopting Six Sigma positively impacts organizational performance primarily through the efficiency with which employees are deployed. More specifically, enhanced employee productivity results were observed in both static analyses that assessed the performance of the sample Six Sigma firms relative to their control groups at discrete points in time and dynamic analyses of the Six Sigma firms’ rate of improvement relative to the rate of improvement of their control groups. Benefits in terms of improved asset efficiency were not observed. Finally, there was no evidence that Six Sigma negatively impacts corporate performance.