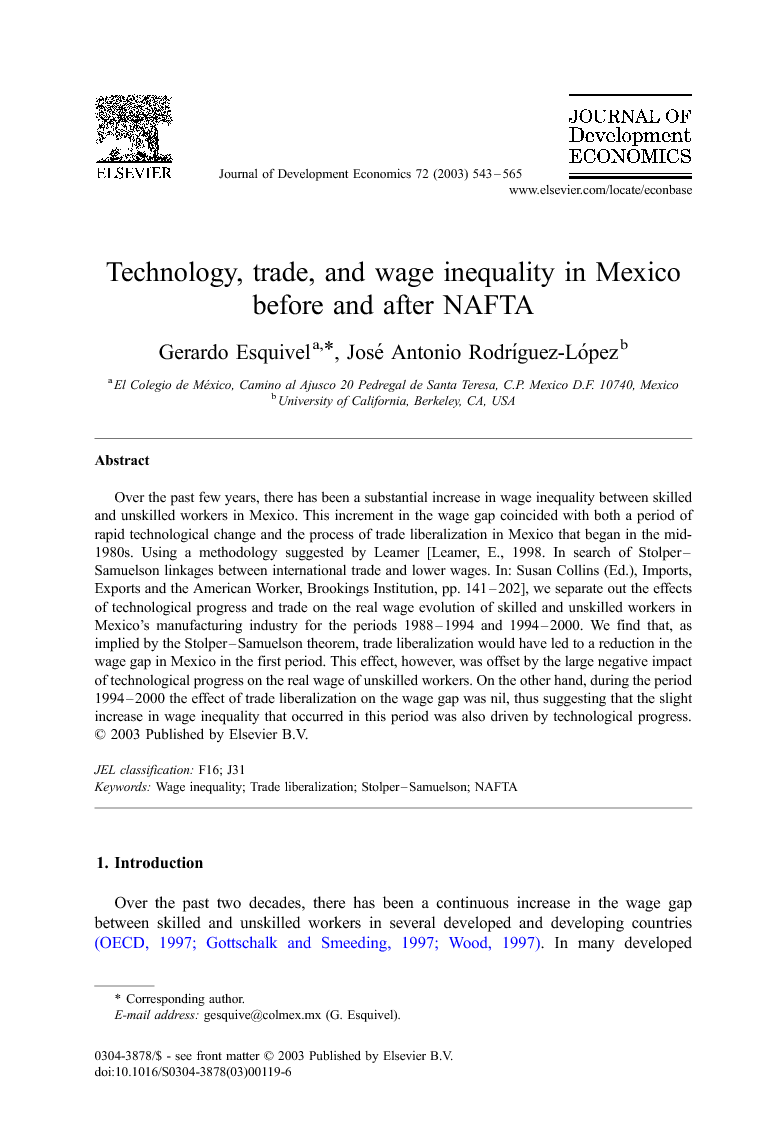 Over the past few years, there has been a substantial increase in wage inequality between skilled and unskilled workers in Mexico. This increment in the wage gap coincided with both a period of rapid technological change and the process of trade liberalization in Mexico that began in the mid-1980s. Using a methodology suggested by Leamer [Leamer, E., 1998. In search of Stolper–Samuelson linkages between international trade and lower wages. In: Susan Collins (Ed.), Imports, Exports and the American Worker, Brookings Institution, pp. 141–202], we separate out the effects of technological progress and trade on the real wage evolution of skilled and unskilled workers in Mexico's manufacturing industry for the periods 1988–1994 and 1994–2000. We find that, as implied by the Stolper–Samuelson theorem, trade liberalization would have led to a reduction in the wage gap in Mexico in the first period. This effect, however, was offset by the large negative impact of technological progress on the real wage of unskilled workers. On the other hand, during the period 1994–2000 the effect of trade liberalization on the wage gap was nil, thus suggesting that the slight increase in wage inequality that occurred in this period was also driven by technological progress.