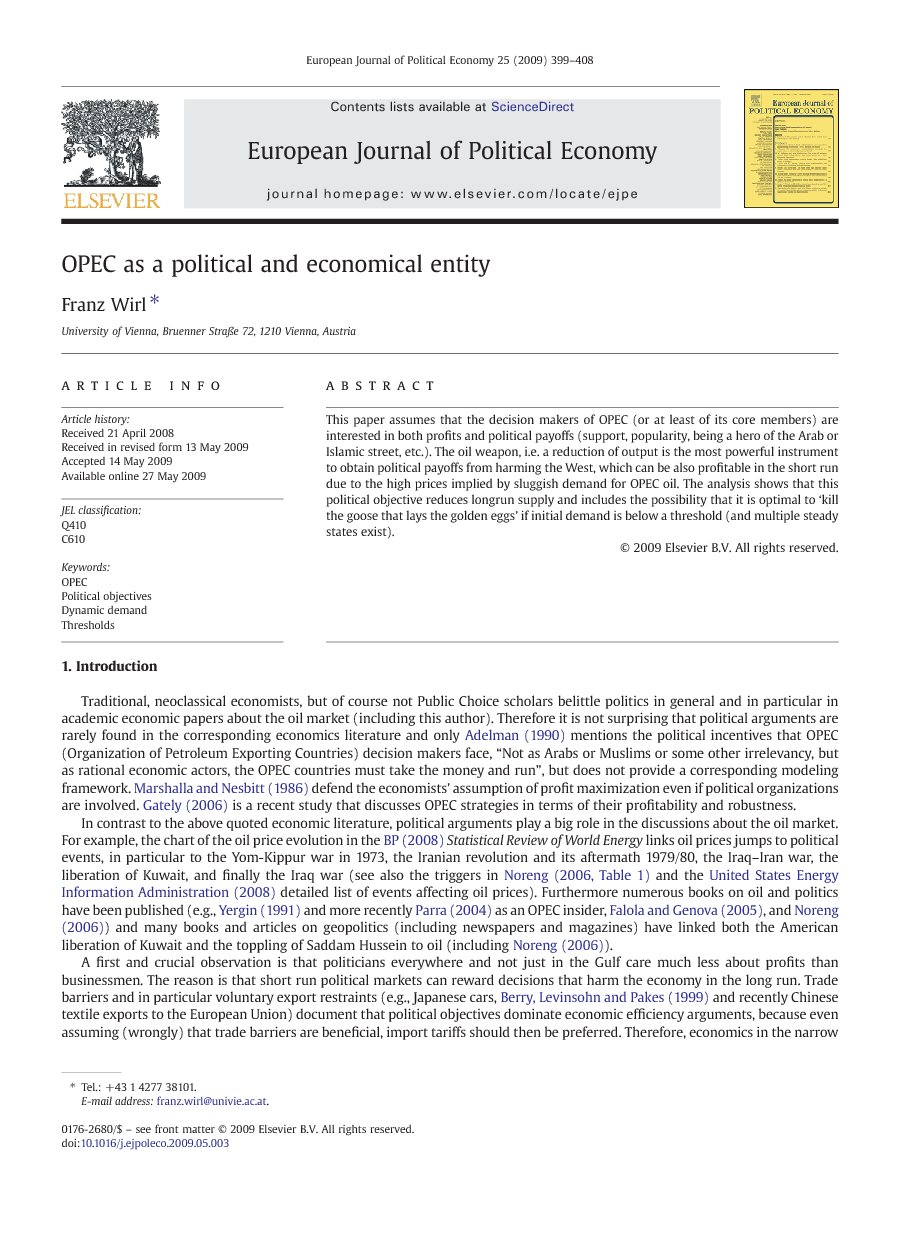 This paper assumes that the decision makers of OPEC (or at least of its core members) are interested in both profits and political payoffs (support, popularity, being a hero of the Arab or Islamic street, etc.). The oil weapon, i.e. a reduction of output is the most powerful instrument to obtain political payoffs from harming the West, which can be also profitable in the short run due to the high prices implied by sluggish demand for OPEC oil. The analysis shows that this political objective reduces longrun supply and includes the possibility that it is optimal to ‘kill the goose that lays the golden eggs’ if initial demand is below a threshold (and multiple steady states exist).