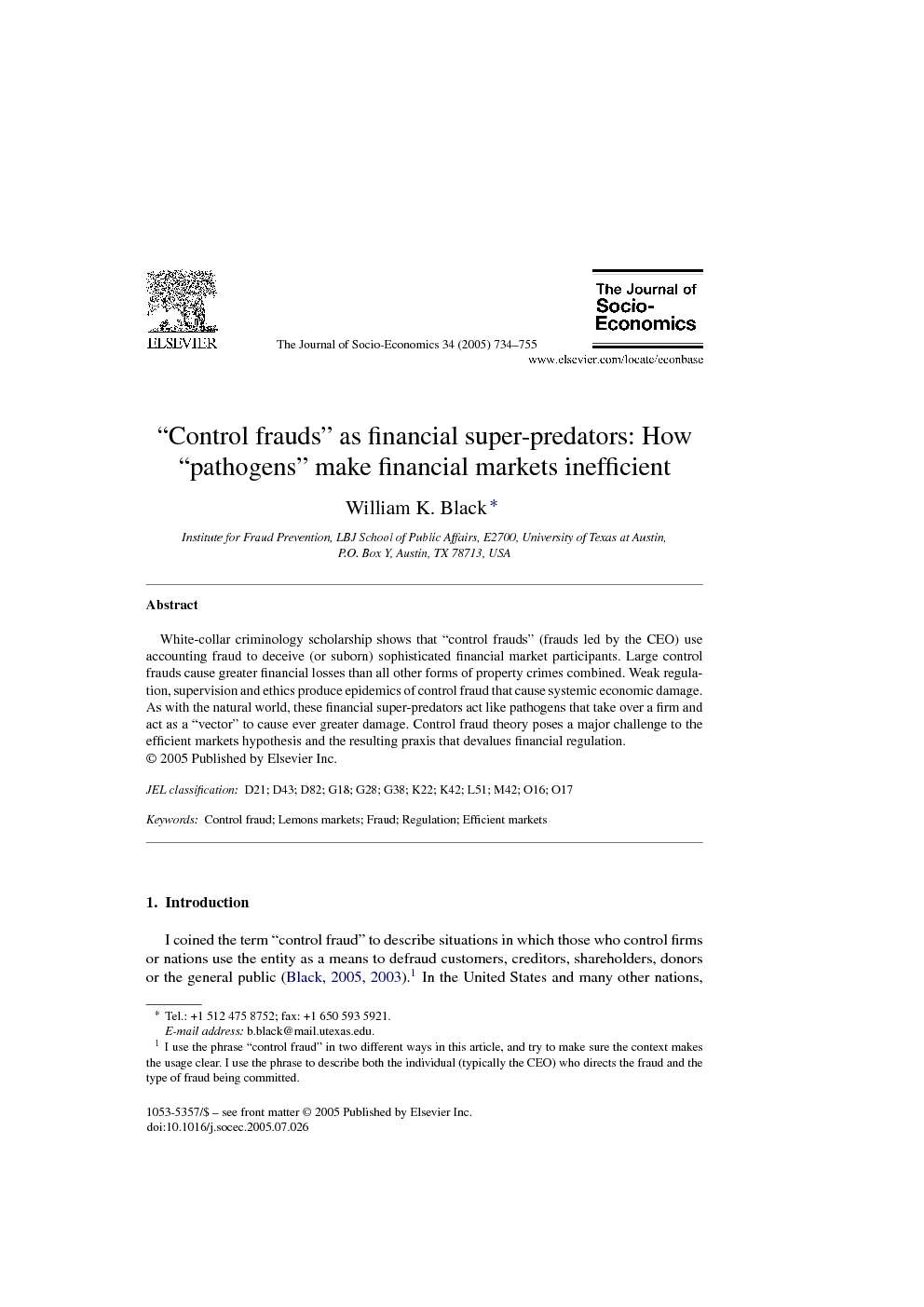 White-collar criminology scholarship shows that “control frauds” (frauds led by the CEO) use accounting fraud to deceive (or suborn) sophisticated financial market participants. Large control frauds cause greater financial losses than all other forms of property crimes combined. Weak regulation, supervision and ethics produce epidemics of control fraud that cause systemic economic damage. As with the natural world, these financial super-predators act like pathogens that take over a firm and act as a “vector” to cause ever greater damage. Control fraud theory poses a major challenge to the efficient markets hypothesis and the resulting praxis that devalues financial regulation.

Control frauds are the most pernicious form of fraud. In the United States, firms offer the best victims and weapons of fraud. Control frauds that loot and become Ponzi schemes cause the largest losses and are less likely to be prosecuted than those that target consumers. Ponzi schemes rely on accounting fraud as both their primary weapon and shield. They create massive, false “profits” while hiding huge real, huge losses. This allows control fraud to persist for years and inhibits effective enforcement. In industries where creditors are protected from loss by governmental guarantees, there is no private market discipline. The regulators are supposed to provide the necessary discipline, but in the case of systemic crises, regulatory hazard is maximized and regulators may take actions that enhance control fraud (NCFIRRE, 1993: 62–67). Thus, governmental guarantee programs can increase the risk of an epidemic of control fraud but such epidemics can occur even if there are no governmental guarantees.