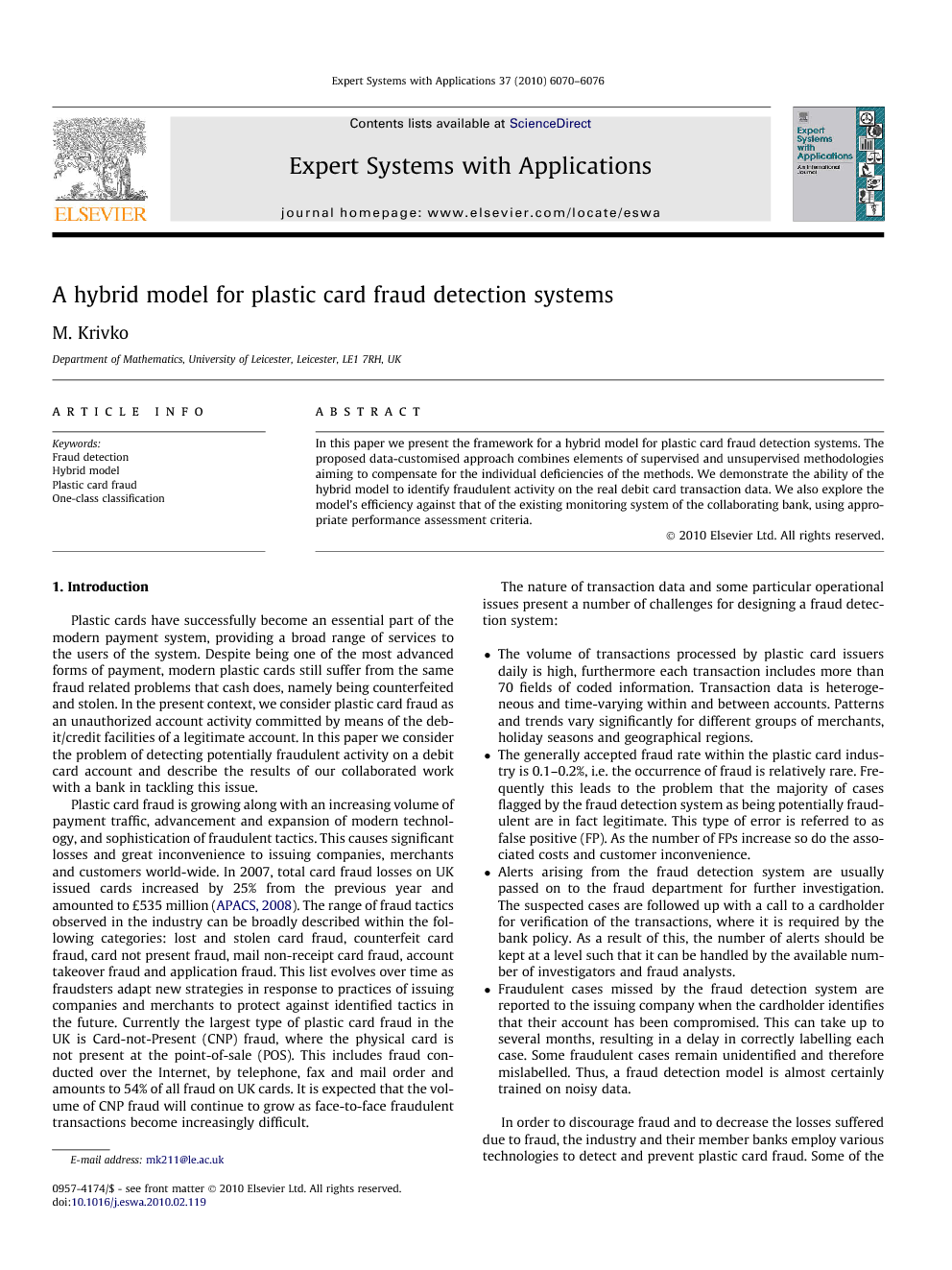 In this paper we present the framework for a hybrid model for plastic card fraud detection systems. The proposed data-customised approach combines elements of supervised and unsupervised methodologies aiming to compensate for the individual deficiencies of the methods. We demonstrate the ability of the hybrid model to identify fraudulent activity on the real debit card transaction data. We also explore the model’s efficiency against that of the existing monitoring system of the collaborating bank, using appropriate performance assessment criteria.

In this paper, we have presented the framework for a hybrid model based on the combination of supervised and unsupervised techniques as a component of the plastic card fraud detection system. The methodology has arisen through our experience of collaborated work with the bank in developing an automated system that extends the bank’s existing monitoring system. The relative simplicity of the chosen one-class classification approach is well suited to the large-scale and complex transaction data and has enabled us to build an intuitively appealing group structure of accounts that provides customised models for different types of cardholder behaviour. We have observed that this approach along with the post-processing level of the rule-based filters results in a significant advantage against the generic model. Indeed, the heterogeneous nature of transaction data suggests a flexible approach tuned to the cardholder behaviour is more appropriate than a generic technique applying the same procedure for all accounts/transactions. We have compared performance of the collaborating bank’s existing rule-based system and our hybrid model. Overall, the hybrid model was capable of identifying fraudulent activity in a timely manner resulting in substantial monetary savings. The experimental results show that the majority of the fraudulent cases identified with the use of hybrid technique are not detected by the bank’s rule-based system and vise versa. This suggests that both systems should be run in parallel to achieve the maximum results.