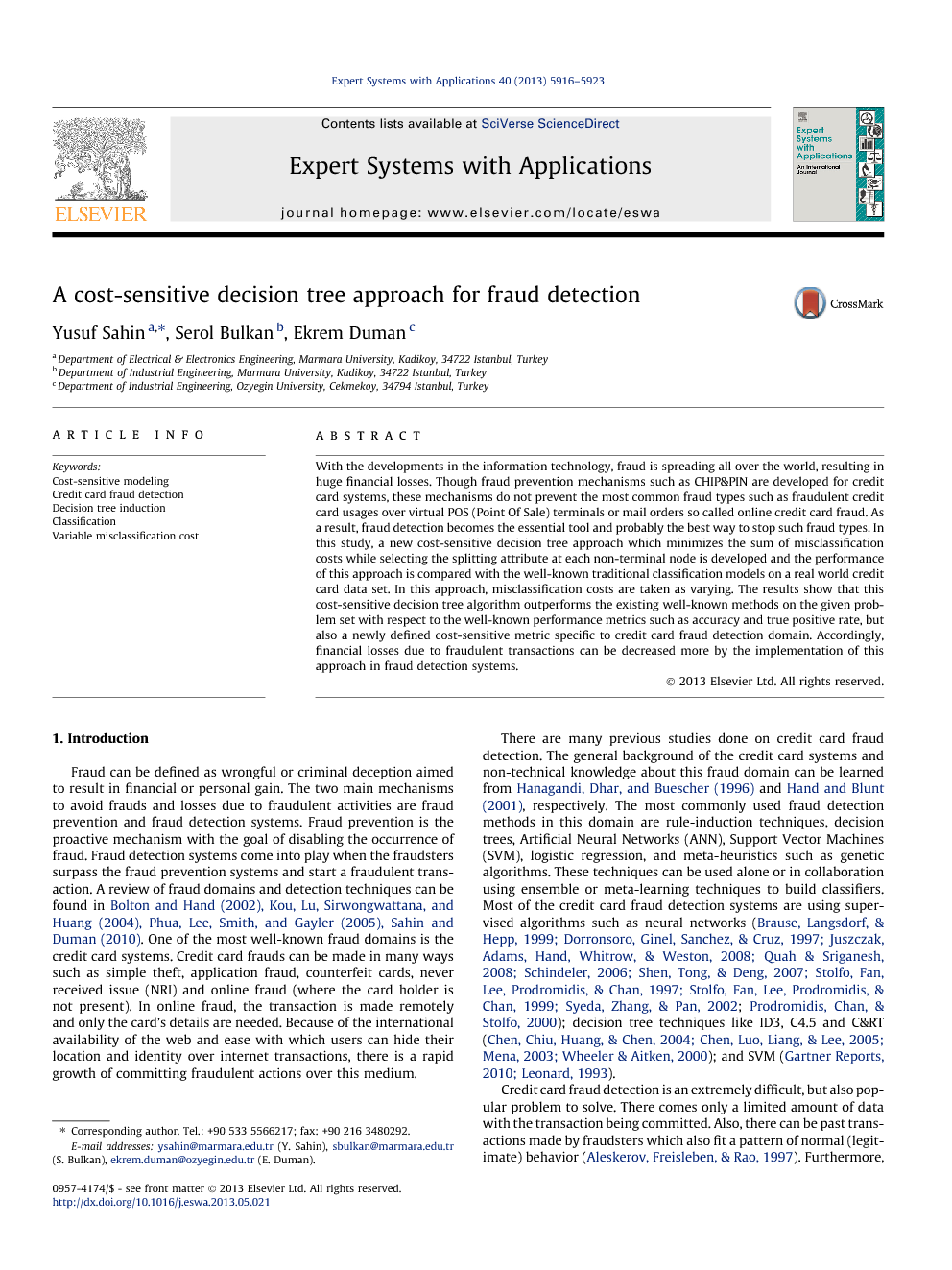 With the developments in the information technology, fraud is spreading all over the world, resulting in huge financial losses. Though fraud prevention mechanisms such as CHIP&PIN are developed for credit card systems, these mechanisms do not prevent the most common fraud types such as fraudulent credit card usages over virtual POS (Point Of Sale) terminals or mail orders so called online credit card fraud. As a result, fraud detection becomes the essential tool and probably the best way to stop such fraud types. In this study, a new cost-sensitive decision tree approach which minimizes the sum of misclassification costs while selecting the splitting attribute at each non-terminal node is developed and the performance of this approach is compared with the well-known traditional classification models on a real world credit card data set. In this approach, misclassification costs are taken as varying. The results show that this cost-sensitive decision tree algorithm outperforms the existing well-known methods on the given problem set with respect to the well-known performance metrics such as accuracy and true positive rate, but also a newly defined cost-sensitive metric specific to credit card fraud detection domain. Accordingly, financial losses due to fraudulent transactions can be decreased more by the implementation of this approach in fraud detection systems.