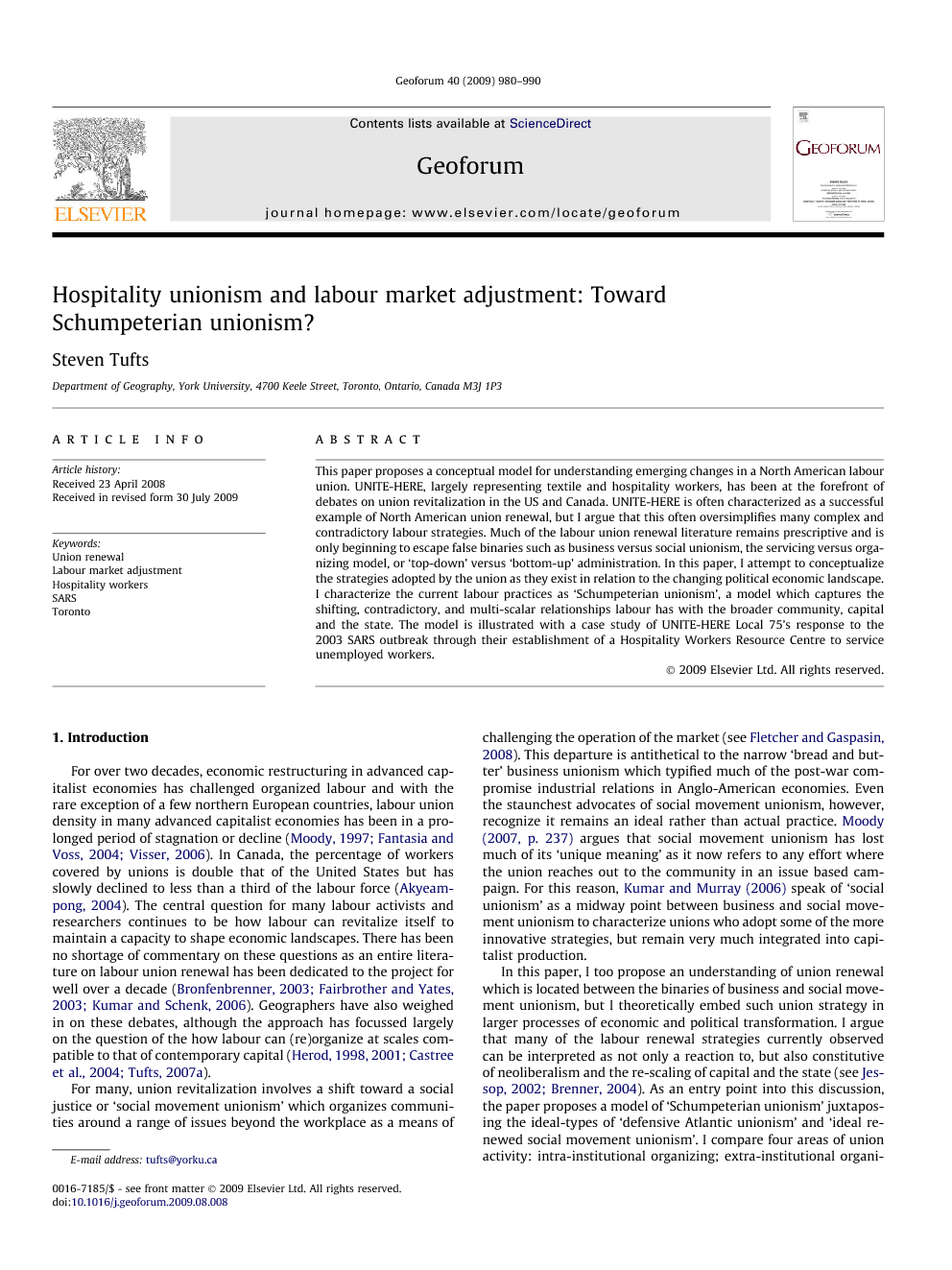 This paper proposes a conceptual model for understanding emerging changes in a North American labour union. UNITE-HERE, largely representing textile and hospitality workers, has been at the forefront of debates on union revitalization in the US and Canada. UNITE-HERE is often characterized as a successful example of North American union renewal, but I argue that this often oversimplifies many complex and contradictory labour strategies. Much of the labour union renewal literature remains prescriptive and is only beginning to escape false binaries such as business versus social unionism, the servicing versus organizing model, or ‘top-down’ versus ‘bottom-up’ administration. In this paper, I attempt to conceptualize the strategies adopted by the union as they exist in relation to the changing political economic landscape. I characterize the current labour practices as ‘Schumpeterian unionism’, a model which captures the shifting, contradictory, and multi-scalar relationships labour has with the broader community, capital and the state. The model is illustrated with a case study of UNITE-HERE Local 75’s response to the 2003 SARS outbreak through their establishment of a Hospitality Workers Resource Centre to service unemployed workers.