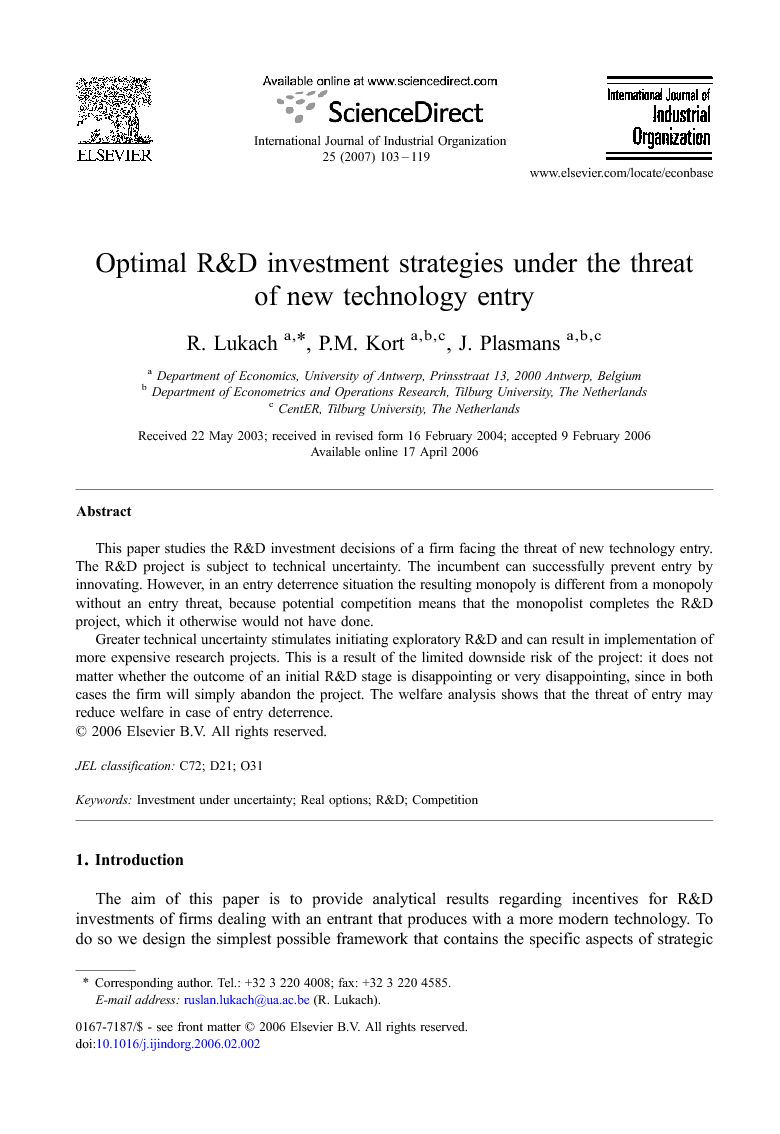 This paper studies the R&D investment decisions of a firm facing the threat of new technology entry. The R&D project is subject to technical uncertainty. The incumbent can successfully prevent entry by innovating. However, in an entry deterrence situation the resulting monopoly is different from a monopoly without an entry threat, because potential competition means that the monopolist completes the R&D project, which it otherwise would not have done. Greater technical uncertainty stimulates initiating exploratory R&D and can result in implementation of more expensive research projects. This is a result of the limited downside risk of the project: it does not matter whether the outcome of an initial R&D stage is disappointing or very disappointing, since in both cases the firm will simply abandon the project. The welfare analysis shows that the threat of entry may reduce welfare in case of entry deterrence.