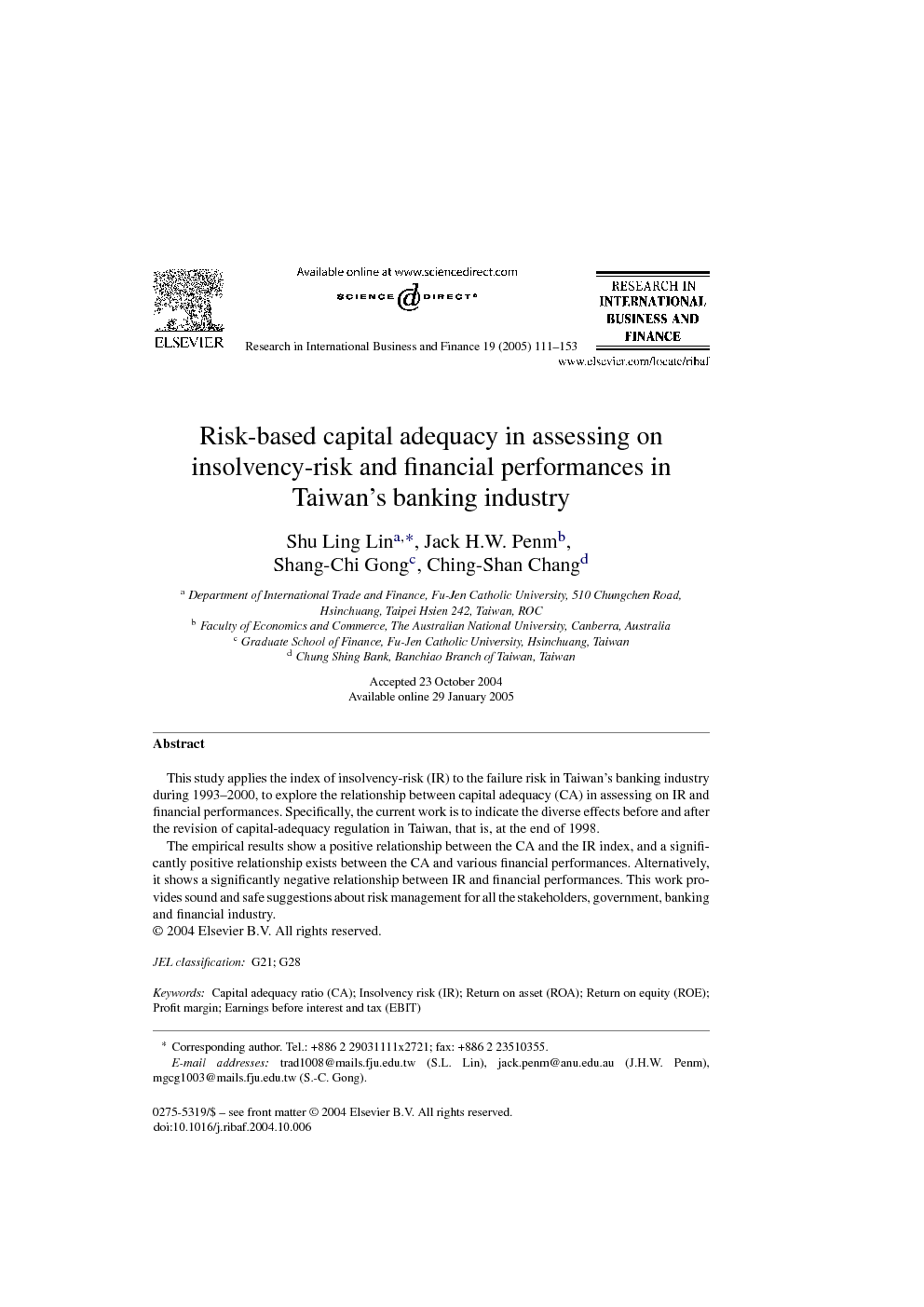 In the 1980s, the global banking system began a series of transformations from being ‘closed’ to being ‘open’. This led to the gradual loss of the competitive edge internationally held by many countries whose banking and finance had strict controls, due to the continual loosening of regulations in the international banking industry. Strict controls arose from the numerous laws and restrictions governing the banking industry in each country, indirect subsidization, and administrative standards, which were inconsistent with the loosening of regulations or full deregulation. For example, the Taiwanese Taiwan's banking environment adjusted to rapid economic growth as industry demanded for better and more banking services, as well as the establishment of more branch offices, when Taiwan joined the World Trade Organization. Financial management authorities accelerated the pace of financial reforms, and implemented liberalization of interest and exchange rates along with capital accounts and securities. In addition, they have deregulated financial services, and passed legislation such as the Financial Institutions Merger Act and the Financial Holding Company Act, as well as encouraged mergers among financial institutions and branching into new business arenas so as to remain internationally competitive. Due to the downturn in the Taiwan's real estate and stock markets recently, traditional businesses have shrunk in size, and many companies have moved abroad basing their decision primarily on profitability, which has resulted in higher unemployment rates. As a result, the total economic growth for 2001 was −1%. On the other hand, as the banking industry was over-saturated, it led to the merging of financial institutions and vicious competition in the marketplace. An increase in the riskiness of loans, and a continued increase in the ratio of overdue loans, arose because of the increase in the proportion of marginal customers. Should we be unable to quickly address this banking issue, the situation could possibly worsen and become like the Japanese financial crisis, thereby imperiling Taiwan's economic gains overnight. In view of this, the Taiwanese Legislative Yuan quickly passed The Six Financial Laws giving government officials the legal basis to promote the restructuring of banking. The financial risk of the banking industry has increased greatly over recent years partly due to the capitalist market being looming, as well as increasingly more dubious loans by banks to enterprises. Dubious loans and accelerating bank withdrawals have increased to almost surpass the loss from non-performing loans, so the bank's credit adequacy is still worsening and confirming the need for a focus on the safety of bank capital. The banking industry is an industry with high financial leveraging and high risk. If management is overly conservative, they will not only inhibit the functions and growth of the organization, but will also be unable to satisfy the credit needs of society. On the other hand, if they wantonly expand the sales base and assume a great deal of risk; they may sustain serious loss, which may include management crisis or even bankruptcy. As such, risk management is a key part of the banking industry. Recently international banking losses and bankruptcies have become more frequent. For example in 1991 there were one thousand US commercial banks listed as problematic banks by the FDIC, and in 1992 two thousand savings institutions went out of business. In 1995, Japan's largest credit union, The Credit Union of Mu Jin, went out of business and the second largest local bank, Hyogo Bank, closed and liquidated its assets. England's Barings Bank filed for bankruptcy in February 1995 – and was subsequently purchased by ING Bank – due to Nick Lesson's manipulation of the Nikkei Stock Index Futures, which led to its massive loss of US$ 1.5 billion. Taiwan in 1994, after seeing a run on the Changhwa Fourth Credit Cooperative, numerous cases of embezzlement and runs on financial institutions occurred. The banking industry is facing serious competition and must fully comprehend the nature of the changes in its environment, as well as the possible risks. Those risks must be clearly defined so as to fully understand their nature. By comprehending these events, the industry can strive for proper and effective policy and management methods. In view of Taiwan's entry into WTO, the outcomes of those managing of financial institutions now face strict tests and trials. The days of strong profitability no longer exist, and competitiveness is gradually decreasing. Researchers need to actively pursue methods of reform, but not allow reduction of solvency by problematic financial institutions. Banks are in the business of investment by coupling high risk with high returns making the issue of the bank's risk of involvement with non-performing loans even greater, thereby bringing urgency for this current research. The financial-related performance and the risk management of the banking industry currently require the research to focus upon the tools to assess risks, which occur in capital management. Existing researchers give little focus to the implementation of fundamental risk capital management and its effect on insolvency risk and financial performance, which is what sparked interest in this research. This research covers the pre- and post-implementation stages of capital adequacy, estimates the capital rate of return for the financial industry, along with standard fluctuation of profit and risk, and discusses the effect these have on a bank's risk (insolvency risk) of failure. It also analyzes the different outcomes based upon a bank's size of operation, time elements, new and state-owned banks, and the connectedness of the bank's financial performance. Based upon this, the purpose of this research is to focus on three areas of interest: 1. The relation between capital adequacy and bank insolvency risk index, and the relative differences existing in pre- and post-regulation periods. 2. The relation between capital adequacy and financial performance, and the relative differences existing in pre- and post-regulation periods. 3. The interaction and relationship between the insolvency risk of banks and financial performance, and the relative differences found in pre- and post-regulation periods.