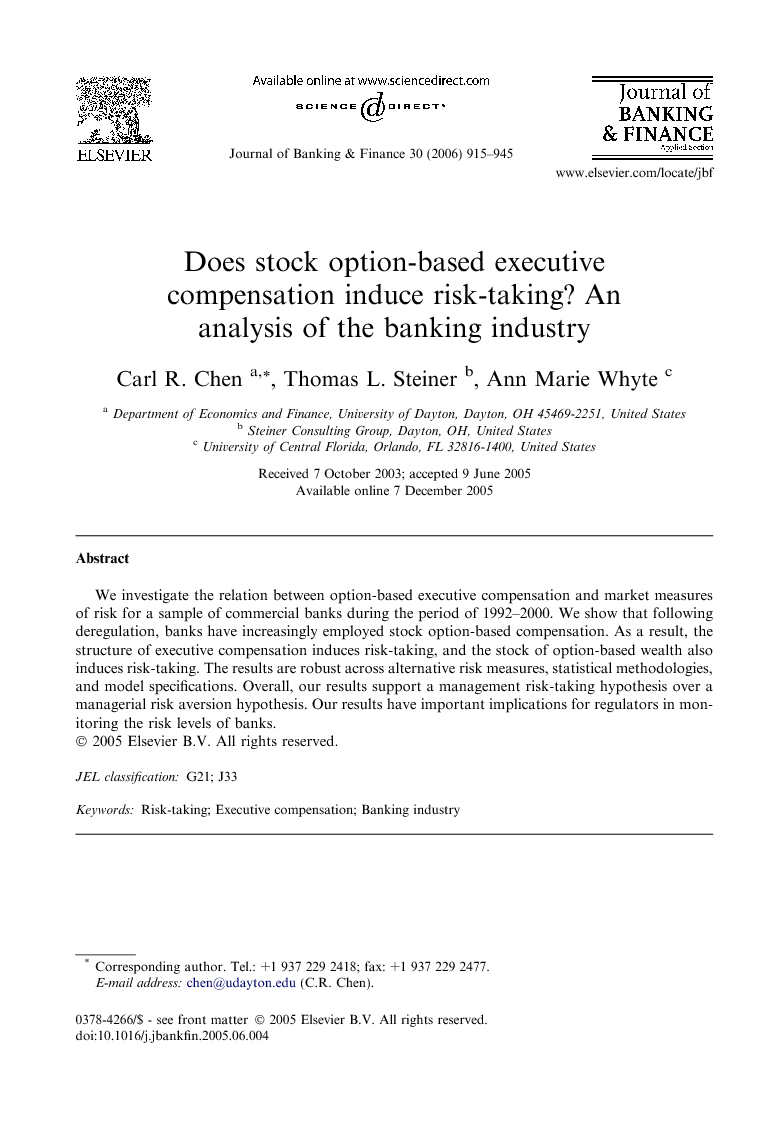 We investigate the relation between option-based executive compensation and market measures of risk for a sample of commercial banks during the period of 1992–2000. We show that following deregulation, banks have increasingly employed stock option-based compensation. As a result, the structure of executive compensation induces risk-taking, and the stock of option-based wealth also induces risk-taking. The results are robust across alternative risk measures, statistical methodologies, and model specifications. Overall, our results support a management risk-taking hypothesis over a managerial risk aversion hypothesis. Our results have important implications for regulators in monitoring the risk levels of banks.