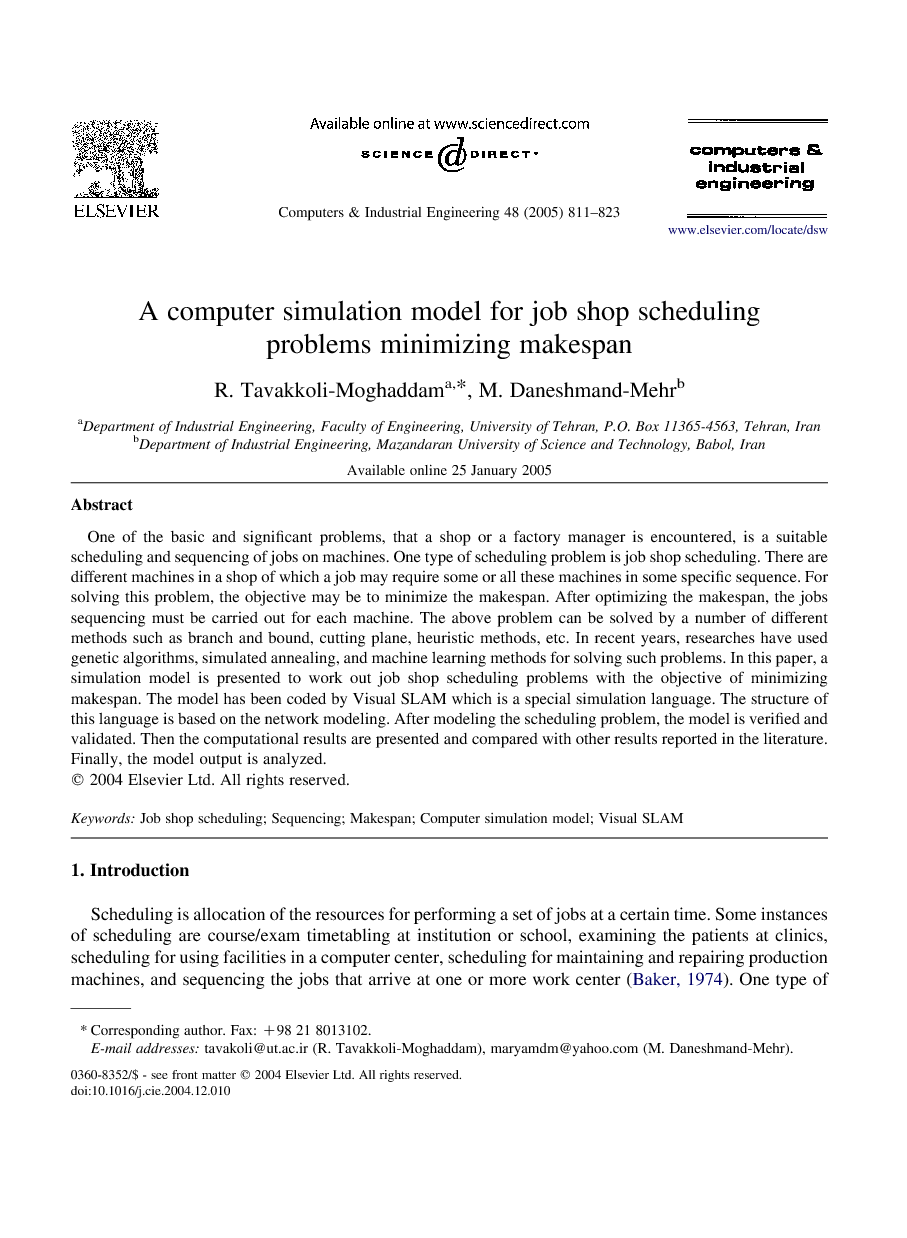 One of the basic and significant problems, that a shop or a factory manager is encountered, is a suitable scheduling and sequencing of jobs on machines. One type of scheduling problem is job shop scheduling. There are different machines in a shop of which a job may require some or all these machines in some specific sequence. For solving this problem, the objective may be to minimize the makespan. After optimizing the makespan, the jobs sequencing must be carried out for each machine. The above problem can be solved by a number of different methods such as branch and bound, cutting plane, heuristic methods, etc. In recent years, researches have used genetic algorithms, simulated annealing, and machine learning methods for solving such problems. In this paper, a simulation model is presented to work out job shop scheduling problems with the objective of minimizing makespan. The model has been coded by Visual SLAM which is a special simulation language. The structure of this language is based on the network modeling. After modeling the scheduling problem, the model is verified and validated. Then the computational results are presented and compared with other results reported in the literature. Finally, the model output is analyzed.

Five test problems for job shop scheduling problems have been conducted in this paper. Computational results show that the simulation procedure with Visual SLAM is an efficient tool for solving job shop problems with minimizing the makespan, especially for large-scale problems. The user has to rebuild the model based on the number of jobs and machines given in the problem. The result obtained from the simulation output helps managers to evaluate the performance of the system by knowing machines utilization and other resources, average waiting time of jobs, and average idle time for each machine. A new hybrid or any meta heuristic method can be proposed to solve very large-sized problems for further studies.