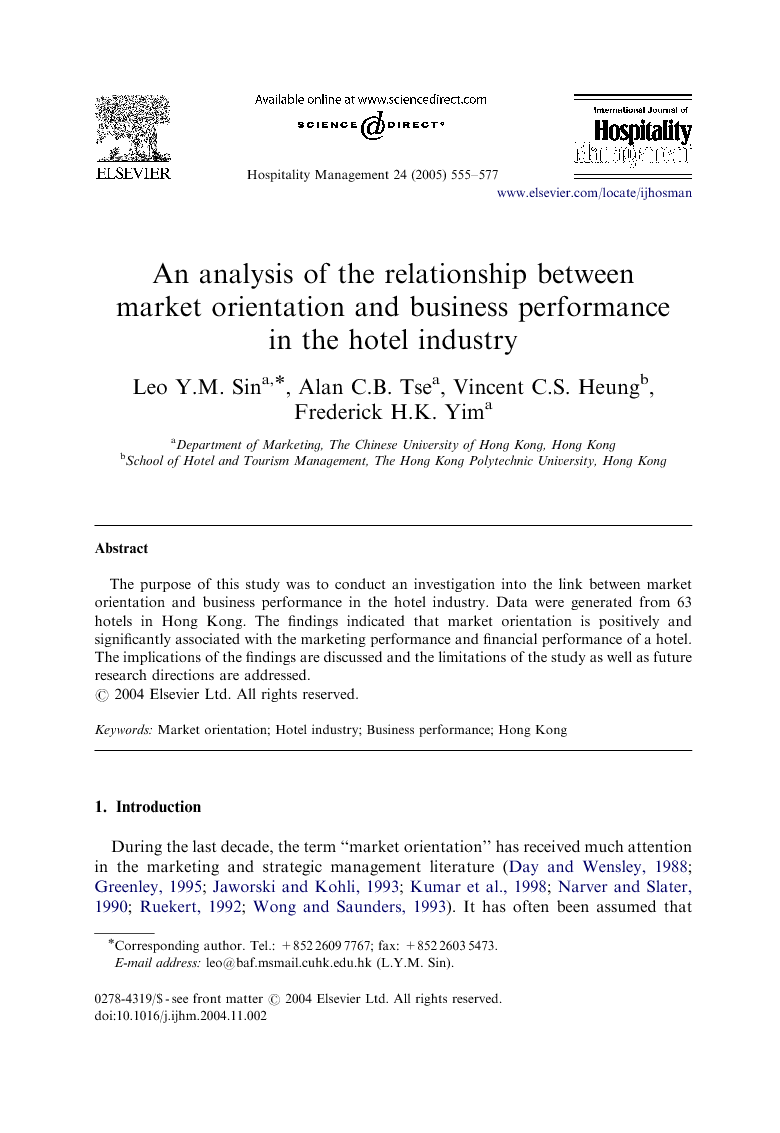 The purpose of this study was to conduct an investigation into the link between market orientation and business performance in the hotel industry. Data were generated from 63 hotels in Hong Kong. The findings indicated that market orientation is positively and significantly associated with the marketing performance and financial performance of a hotel. The implications of the findings are discussed and the limitations of the study as well as future research directions are addressed.