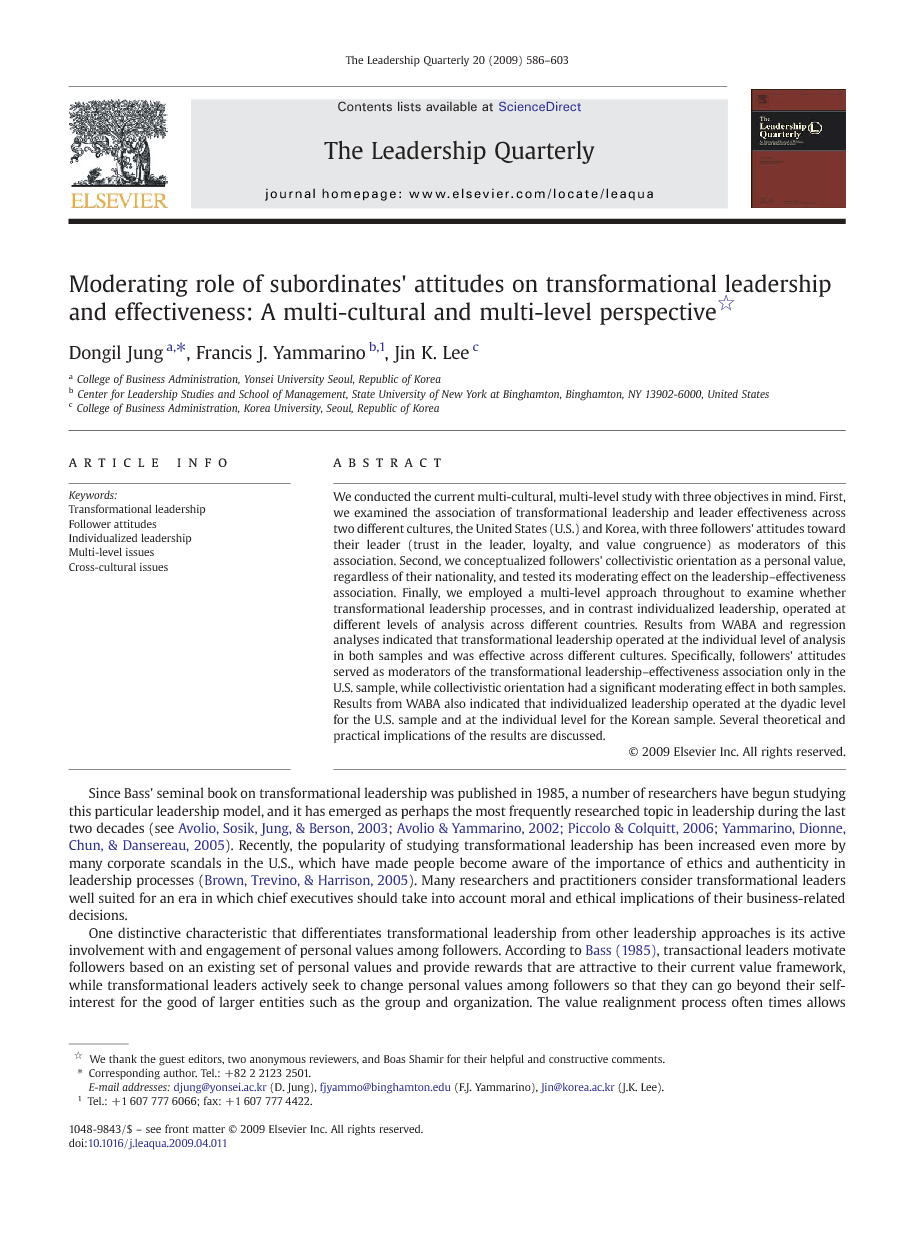 We conducted the current multi-cultural, multi-level study with three objectives in mind. First, we examined the association of transformational leadership and leader effectiveness across two different cultures, the United States (U.S.) and Korea, with three followers' attitudes toward their leader (trust in the leader, loyalty, and value congruence) as moderators of this association. Second, we conceptualized followers' collectivistic orientation as a personal value, regardless of their nationality, and tested its moderating effect on the leadership–effectiveness association. Finally, we employed a multi-level approach throughout to examine whether transformational leadership processes, and in contrast individualized leadership, operated at different levels of analysis across different countries. Results from WABA and regression analyses indicated that transformational leadership operated at the individual level of analysis in both samples and was effective across different cultures. Specifically, followers' attitudes served as moderators of the transformational leadership–effectiveness association only in the U.S. sample, while collectivistic orientation had a significant moderating effect in both samples. Results from WABA also indicated that individualized leadership operated at the dyadic level for the U.S. sample and at the individual level for the Korean sample. Several theoretical and practical implications of the results are discussed.