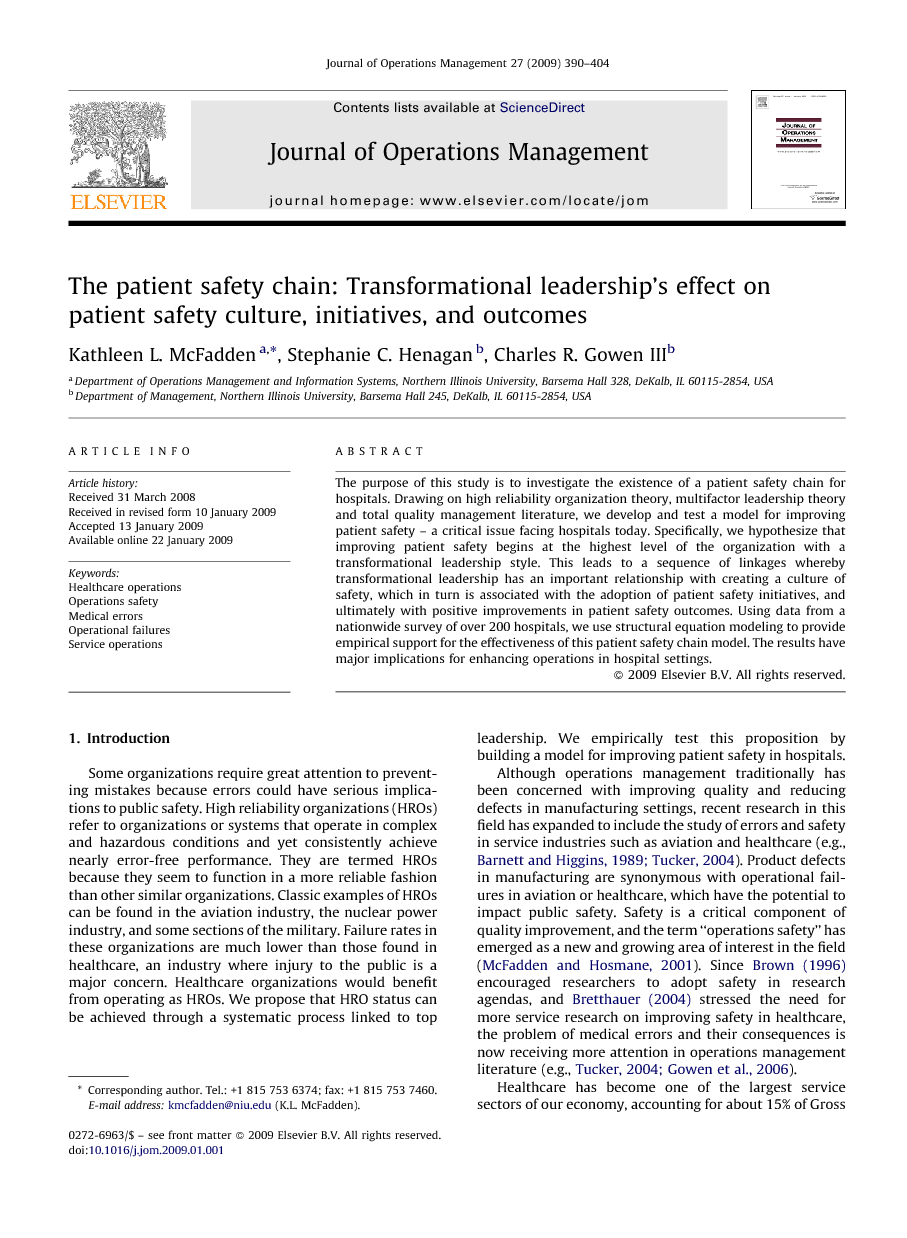 The purpose of this study is to investigate the existence of a patient safety chain for hospitals. Drawing on high reliability organization theory, multifactor leadership theory and total quality management literature, we develop and test a model for improving patient safety – a critical issue facing hospitals today. Specifically, we hypothesize that improving patient safety begins at the highest level of the organization with a transformational leadership style. This leads to a sequence of linkages whereby transformational leadership has an important relationship with creating a culture of safety, which in turn is associated with the adoption of patient safety initiatives, and ultimately with positive improvements in patient safety outcomes. Using data from a nationwide survey of over 200 hospitals, we use structural equation modeling to provide empirical support for the effectiveness of this patient safety chain model. The results have major implications for enhancing operations in hospital settings.