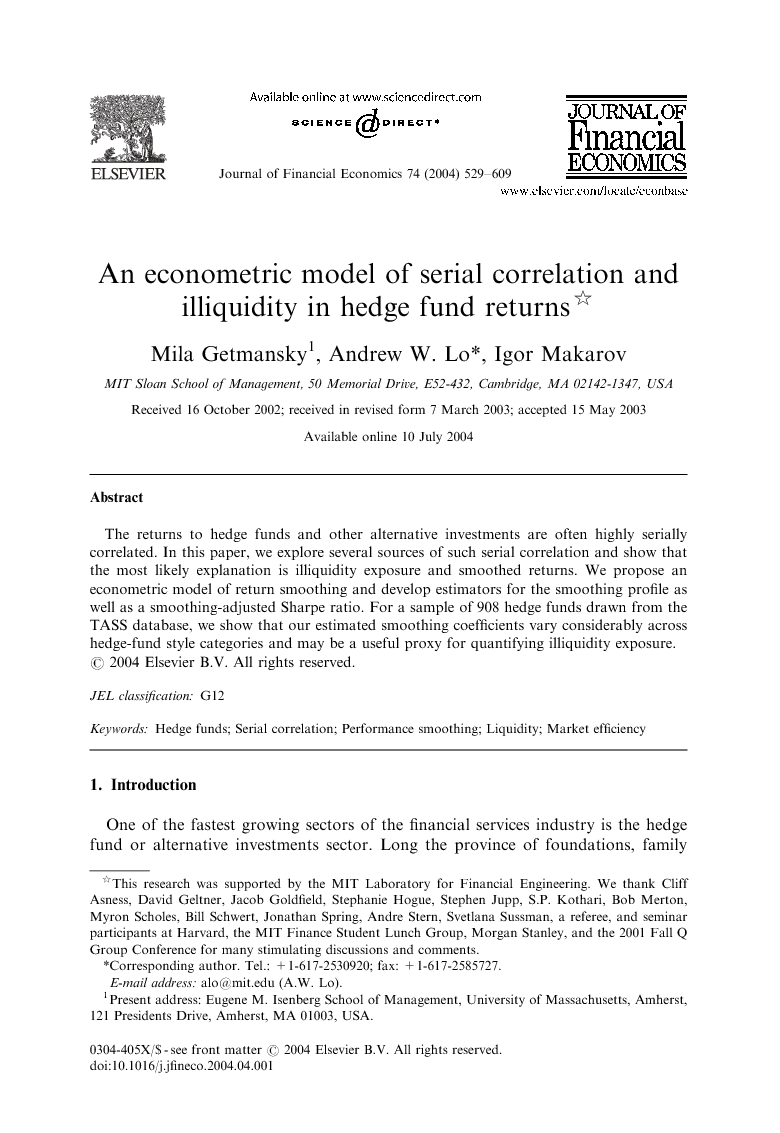 The returns to hedge funds and other alternative investments are often highly serially correlated. In this paper, we explore several sources of such serial correlation and show that the most likely explanation is illiquidity exposure and smoothed returns. We propose an econometric model of return smoothing and develop estimators for the smoothing profile as well as a smoothing-adjusted Sharpe ratio. For a sample of 908 hedge funds drawn from the TASS database, we show that our estimated smoothing coefficients vary considerably across hedge-fund style categories and may be a useful proxy for quantifying illiquidity exposure.