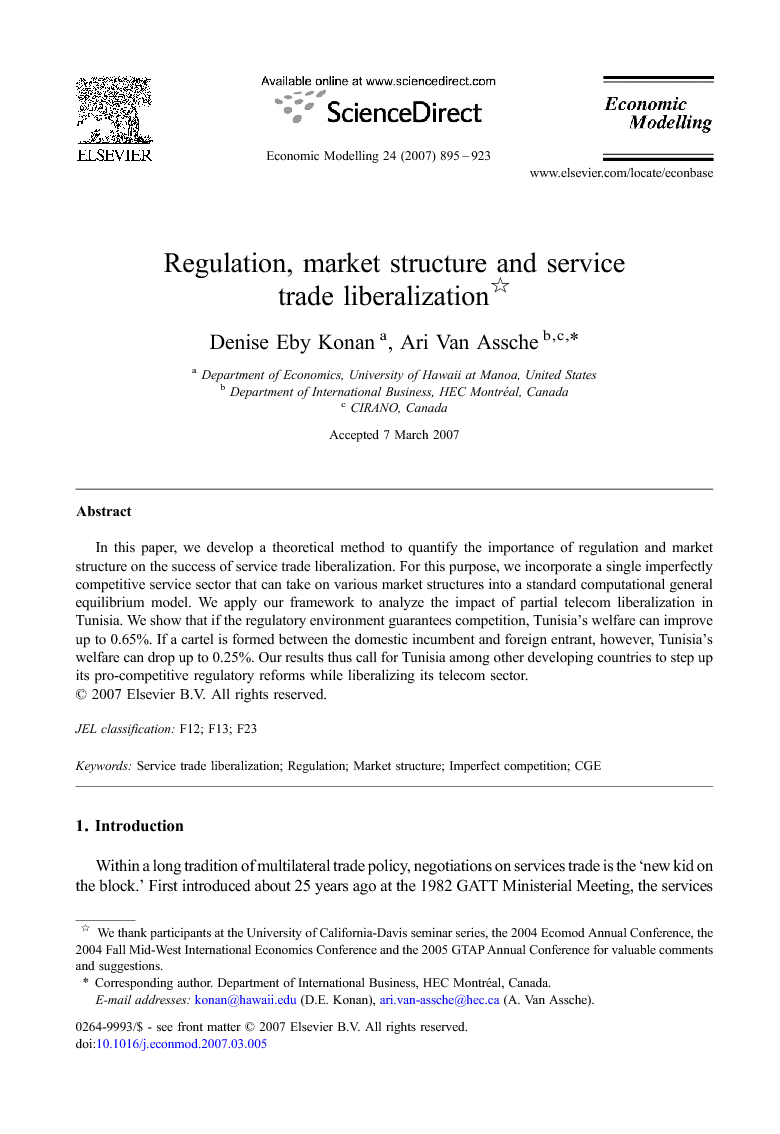 In this paper, we develop a theoretical method to quantify the importance of regulation and market structure on the success of service trade liberalization. For this purpose, we incorporate a single imperfectly competitive service sector that can take on various market structures into a standard computational general equilibrium model. We apply our framework to analyze the impact of partial telecom liberalization in Tunisia. We show that if the regulatory environment guarantees competition, Tunisia's welfare can improve up to 0.65%. If a cartel is formed between the domestic incumbent and foreign entrant, however, Tunisia's welfare can drop up to 0.25%. Our results thus call for Tunisia among other developing countries to step up its pro-competitive regulatory reforms while liberalizing its telecom sector.