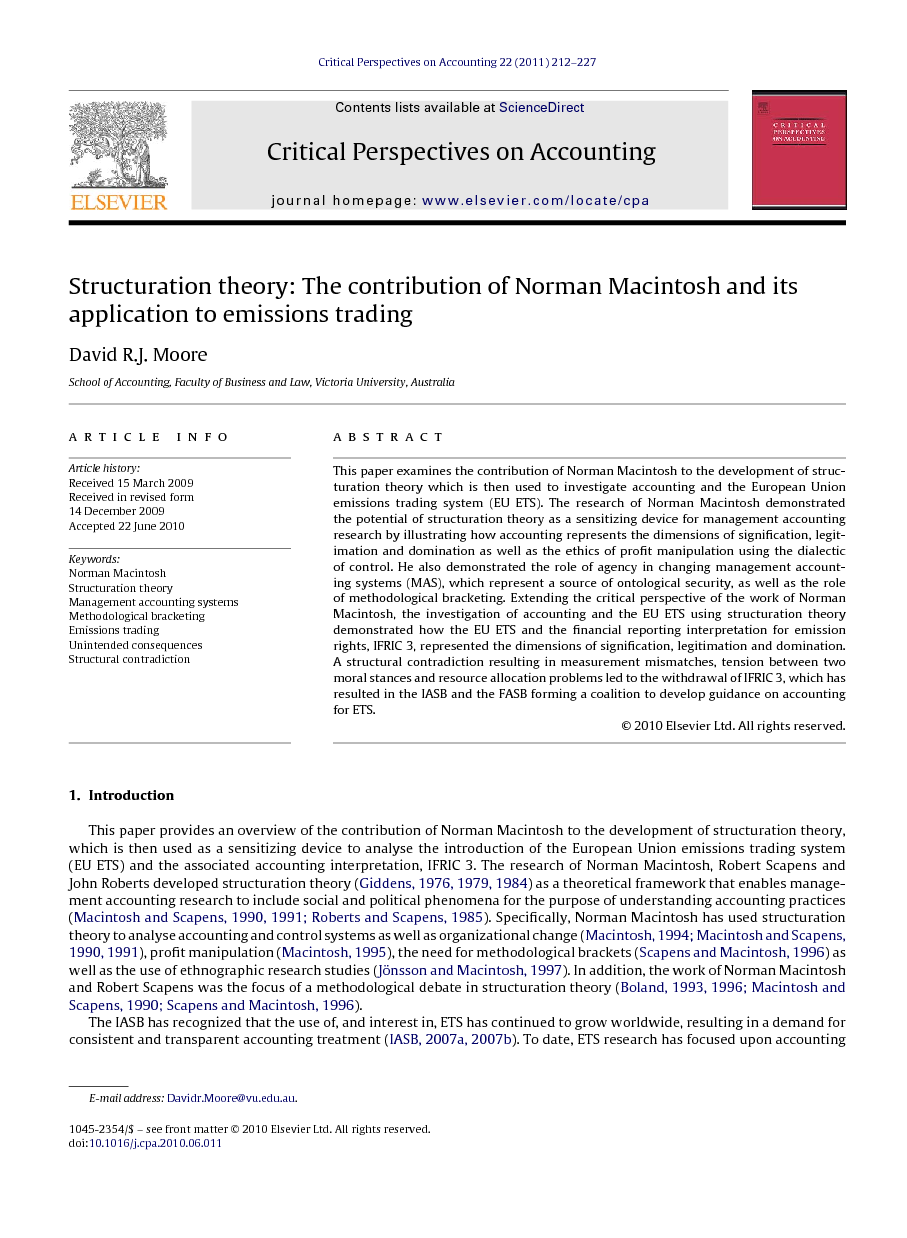 This paper examines the contribution of Norman Macintosh to the development of structuration theory which is then used to investigate accounting and the European Union emissions trading system (EU ETS). The research of Norman Macintosh demonstrated the potential of structuration theory as a sensitizing device for management accounting research by illustrating how accounting represents the dimensions of signification, legitimation and domination as well as the ethics of profit manipulation using the dialectic of control. He also demonstrated the role of agency in changing management accounting systems (MAS), which represent a source of ontological security, as well as the role of methodological bracketing. Extending the critical perspective of the work of Norman Macintosh, the investigation of accounting and the EU ETS using structuration theory demonstrated how the EU ETS and the financial reporting interpretation for emission rights, IFRIC 3, represented the dimensions of signification, legitimation and domination. A structural contradiction resulting in measurement mismatches, tension between two moral stances and resource allocation problems led to the withdrawal of IFRIC 3, which has resulted in the IASB and the FASB forming a coalition to develop guidance on accounting for ETS.