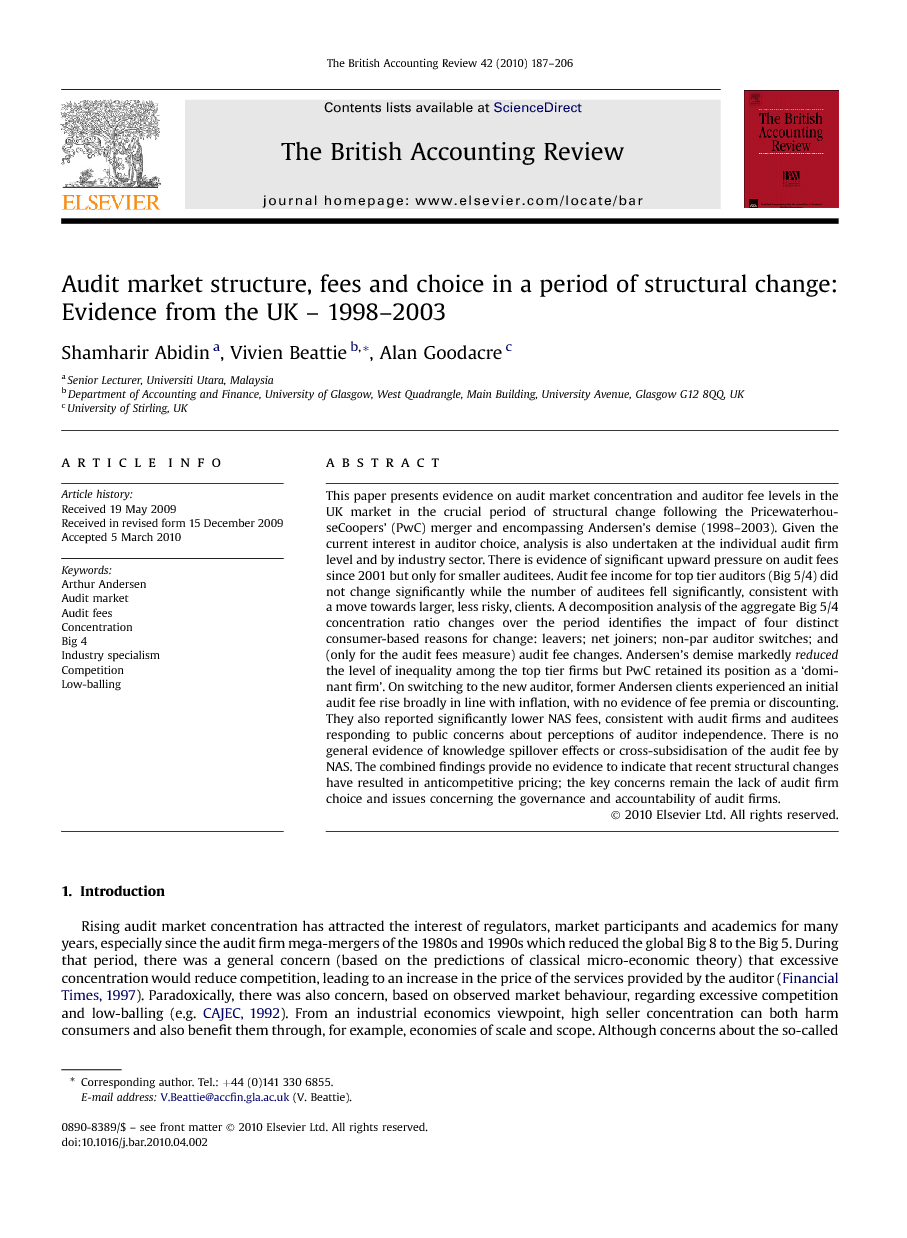 This paper presents evidence on audit market concentration and auditor fee levels in the UK market in the crucial period of structural change following the PricewaterhouseCoopers’ (PwC) merger and encompassing Andersen’s demise (1998–2003). Given the current interest in auditor choice, analysis is also undertaken at the individual audit firm level and by industry sector. There is evidence of significant upward pressure on audit fees since 2001 but only for smaller auditees. Audit fee income for top tier auditors (Big 5/4) did not change significantly while the number of auditees fell significantly, consistent with a move towards larger, less risky, clients. A decomposition analysis of the aggregate Big 5/4 concentration ratio changes over the period identifies the impact of four distinct consumer-based reasons for change: leavers; net joiners; non-par auditor switches; and (only for the audit fees measure) audit fee changes. Andersen’s demise markedly reduced the level of inequality among the top tier firms but PwC retained its position as a ‘dominant firm’. On switching to the new auditor, former Andersen clients experienced an initial audit fee rise broadly in line with inflation, with no evidence of fee premia or discounting. They also reported significantly lower NAS fees, consistent with audit firms and auditees responding to public concerns about perceptions of auditor independence. There is no general evidence of knowledge spillover effects or cross-subsidisation of the audit fee by NAS. The combined findings provide no evidence to indicate that recent structural changes have resulted in anticompetitive pricing; the key concerns remain the lack of audit firm choice and issues concerning the governance and accountability of audit firms.