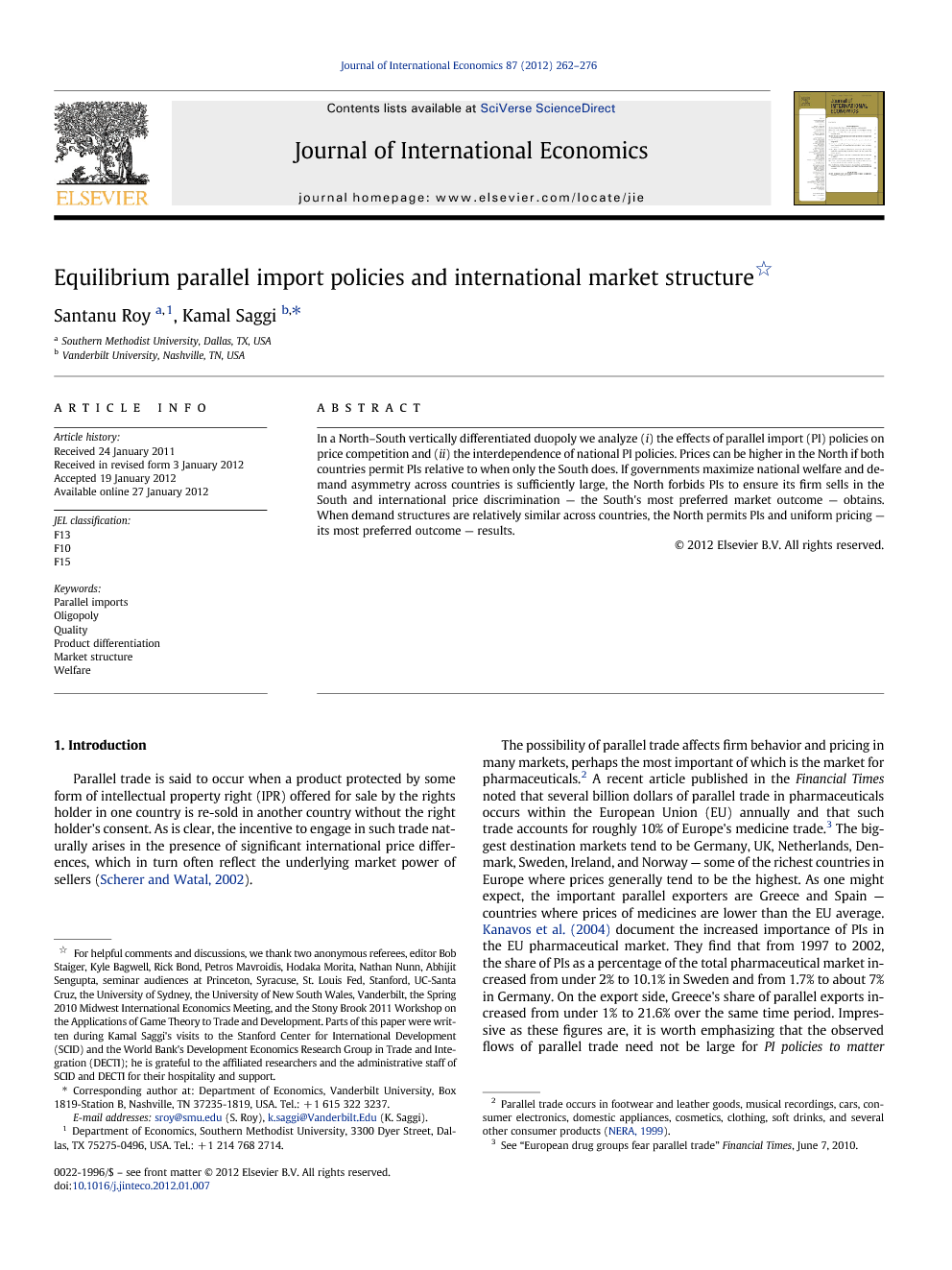 In a North–South vertically differentiated duopoly we analyze (i) the effects of parallel import (PI) policies on price competition and (ii) the interdependence of national PI policies. Prices can be higher in the North if both countries permit PIs relative to when only the South does. If governments maximize national welfare and demand asymmetry across countries is sufficiently large, the North forbids PIs to ensure its firm sells in the South and international price discrimination — the South's most preferred market outcome — obtains. When demand structures are relatively similar across countries, the North permits PIs and uniform pricing — its most preferred outcome — results.