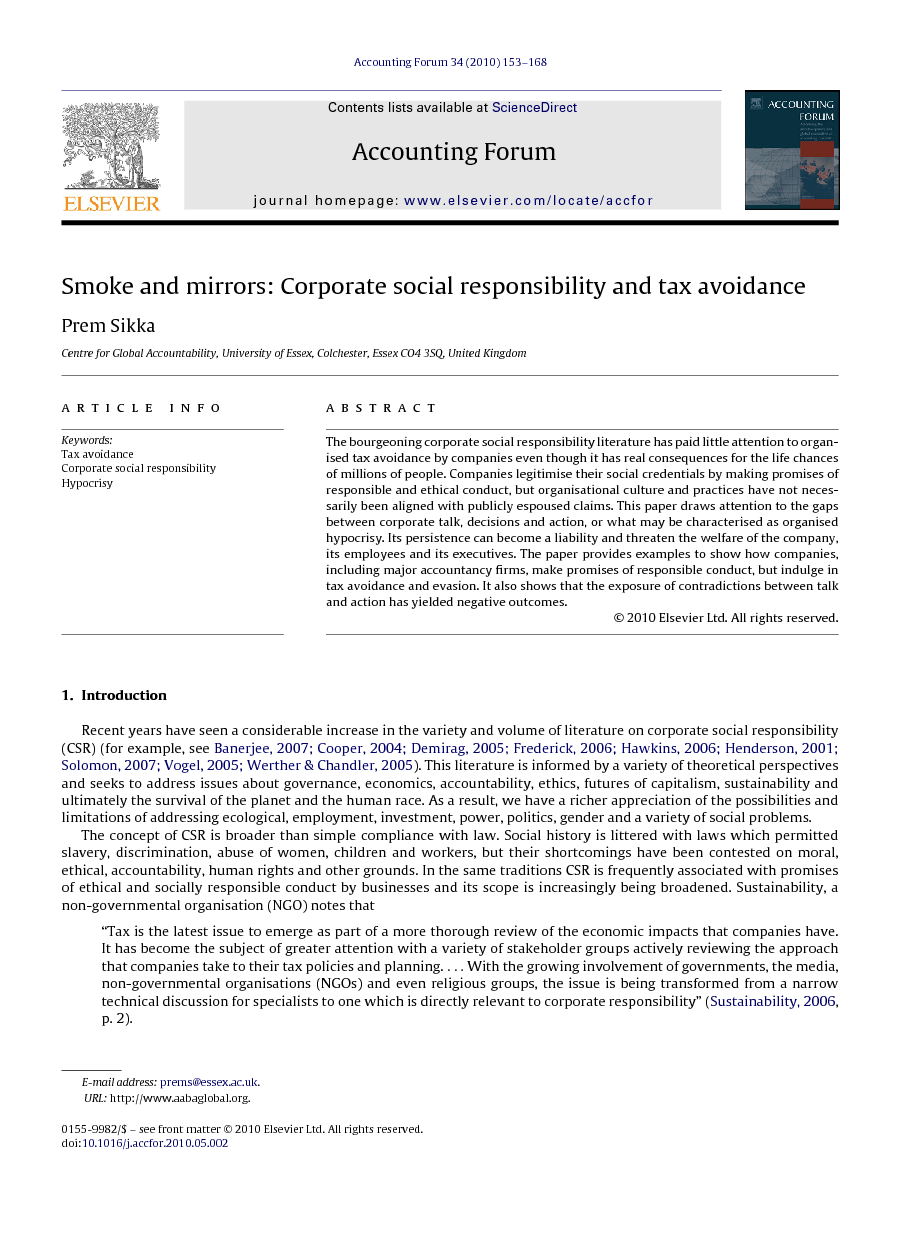 The bourgeoning corporate social responsibility literature has paid little attention to organised tax avoidance by companies even though it has real consequences for the life chances of millions of people. Companies legitimise their social credentials by making promises of responsible and ethical conduct, but organisational culture and practices have not necessarily been aligned with publicly espoused claims. This paper draws attention to the gaps between corporate talk, decisions and action, or what may be characterised as organised hypocrisy. Its persistence can become a liability and threaten the welfare of the company, its employees and its executives. The paper provides examples to show how companies, including major accountancy firms, make promises of responsible conduct, but indulge in tax avoidance and evasion. It also shows that the exposure of contradictions between talk and action has yielded negative outcomes.