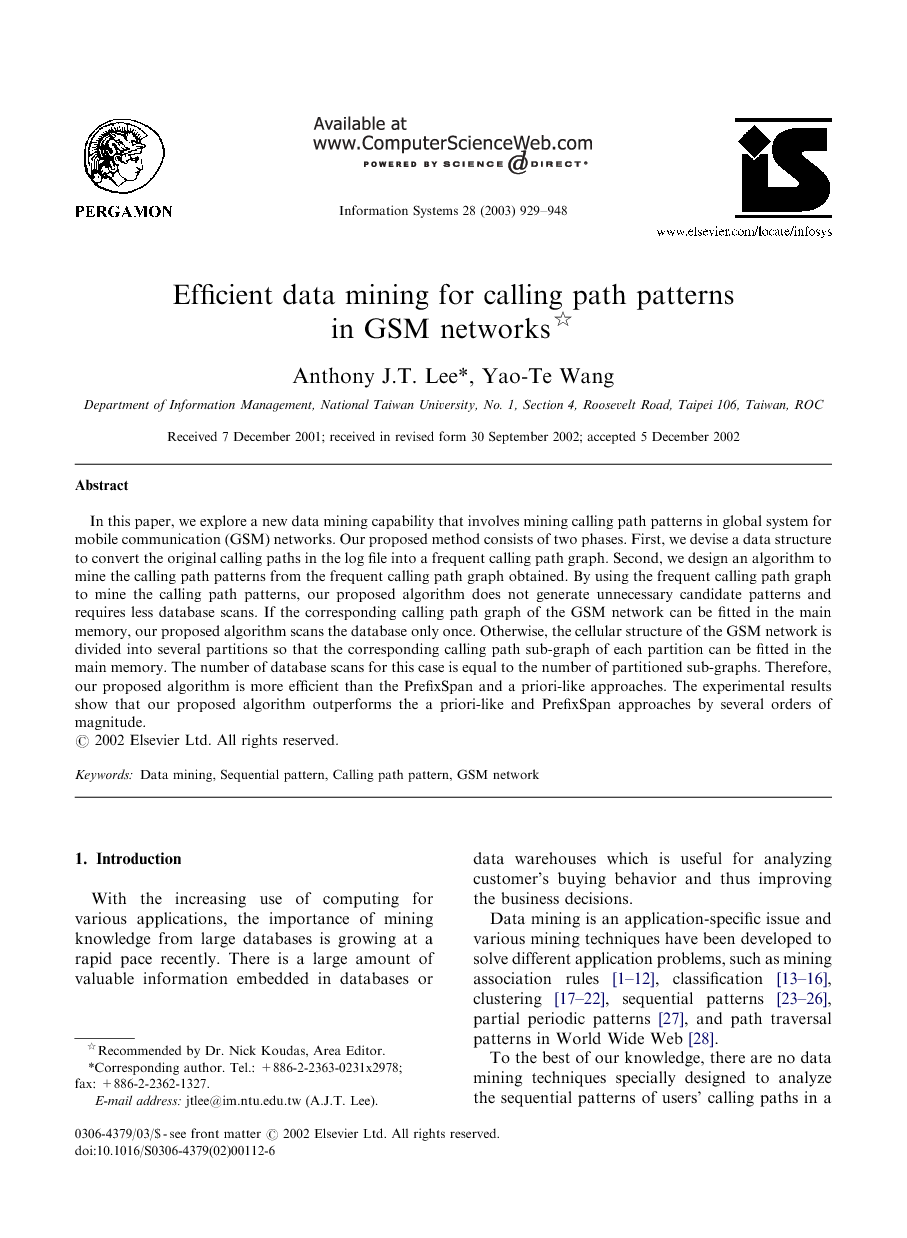 With the increasing use of computing for various applications, the importance of mining knowledge from large databases is growing at a rapid pace recently. There is a large amount of valuable information embedded in databases or data warehouses which is useful for analyzing customer’s buying behavior and thus improving the business decisions. Data mining is an application-specific issue and various mining techniques have been developed to solve different application problems, such as mining association rules [1], [2], [3], [4], [5], [6], [7], [8], [9], [10], [11] and [12], classification [13], [14], [15] and [16], clustering [17], [18], [19], [20], [21] and [22], sequential patterns [23], [24], [25] and [26], partial periodic patterns [27], and path traversal patterns in World Wide Web [28]. To the best of our knowledge, there are no data mining techniques specially designed to analyze the sequential patterns of users’ calling paths in a global system for mobile communication (GSM) network, and we believe that it is an interesting issue especially on providing mobile broadband services. A GSM network is based on the cellular radio technology [29]. A particularly characteristic feature of cellular radio is that each hexagonal (six-sided polygon) cell (the radius of a base station) is surrounded by at most six neighboring cells. Fig. 1 illustrates the cellular structure of a GSM network.