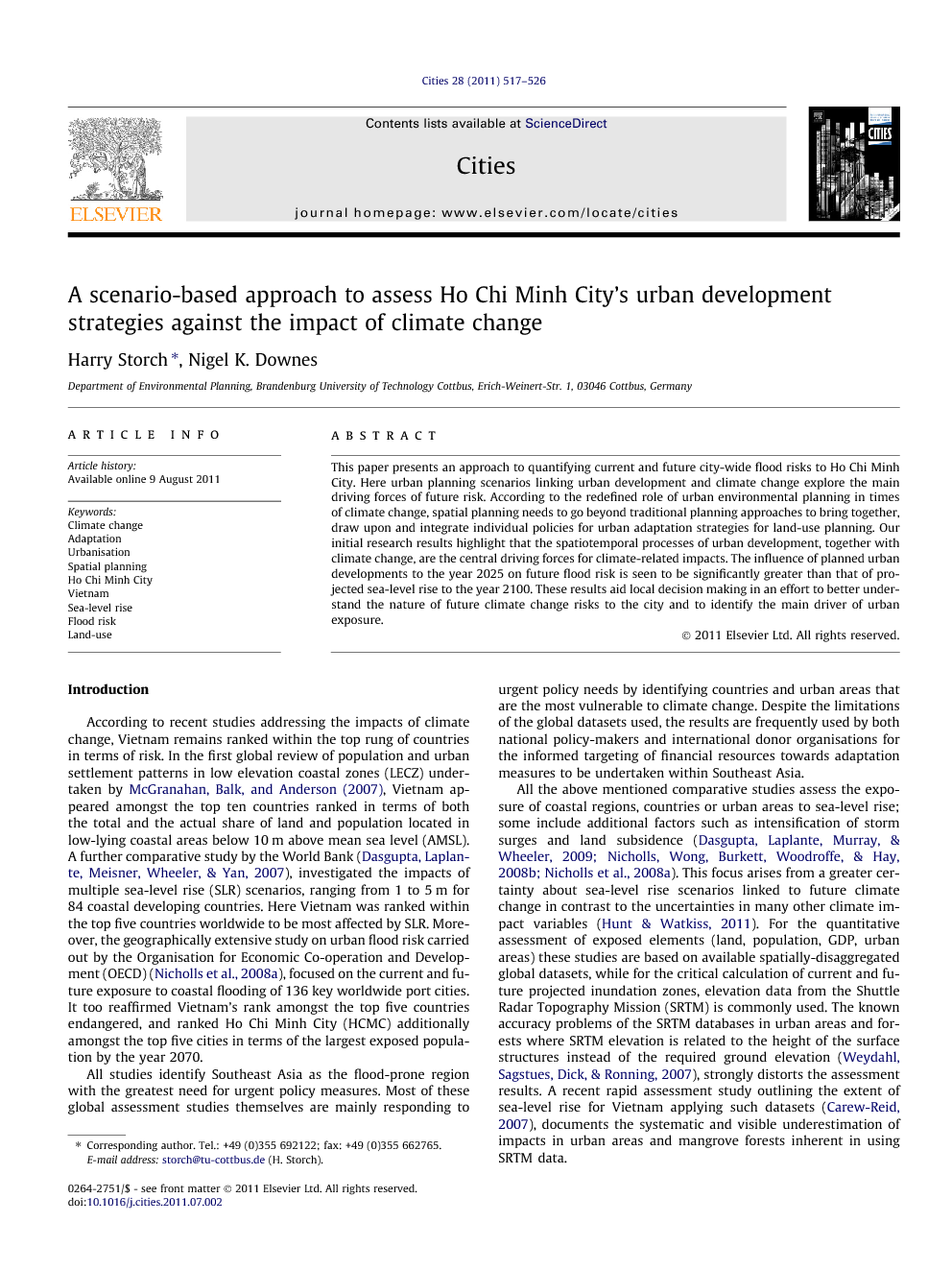 This paper presents an approach to quantifying current and future city-wide flood risks to Ho Chi Minh City. Here urban planning scenarios linking urban development and climate change explore the main driving forces of future risk. According to the redefined role of urban environmental planning in times of climate change, spatial planning needs to go beyond traditional planning approaches to bring together, draw upon and integrate individual policies for urban adaptation strategies for land-use planning. Our initial research results highlight that the spatiotemporal processes of urban development, together with climate change, are the central driving forces for climate-related impacts. The influence of planned urban developments to the year 2025 on future flood risk is seen to be significantly greater than that of projected sea-level rise to the year 2100. These results aid local decision making in an effort to better understand the nature of future climate change risks to the city and to identify the main driver of urban exposure.

This paper attempts to fill a current void in urban adaptation analysis and explores the driving forces on increased exposure to flood risks for the built-up extent of HCMC. The main conclusion of this paper is that the socioeconomic development and urban expansion of HCMC into known flood prone areas is explicitly the largest driver of future flood risk. While socioeconomic data are scare, future urban developments, as set out in the assessed plans, will not only be the drivers of increased flood risk exposure but also, to a large degree, the victims, with migrating populations likely to be strongly affected. This will increase the overall sensitivity of urban systems to flooding events and escalate flood risks. There is a need for governance to halt or reverse the current trend. At the same time, appropriate adaptation must be incorporated and implemented to alleviate future impacts. The current land-use map, compiled from an urban structure type approach to classify the current urban landscape, provides context specific information for the assessment of current and future risks and adaptation options. Furthermore, it is envisaged that the production of planning recommendations will facilitate the greater understanding of current uncertainties regarding the causal drivers and impacts of climate change. It is hoped that this will consequentially lead to a broader consensus for actions and aid informed decision-making, through the integration of these considerations into the spatial planning framework.