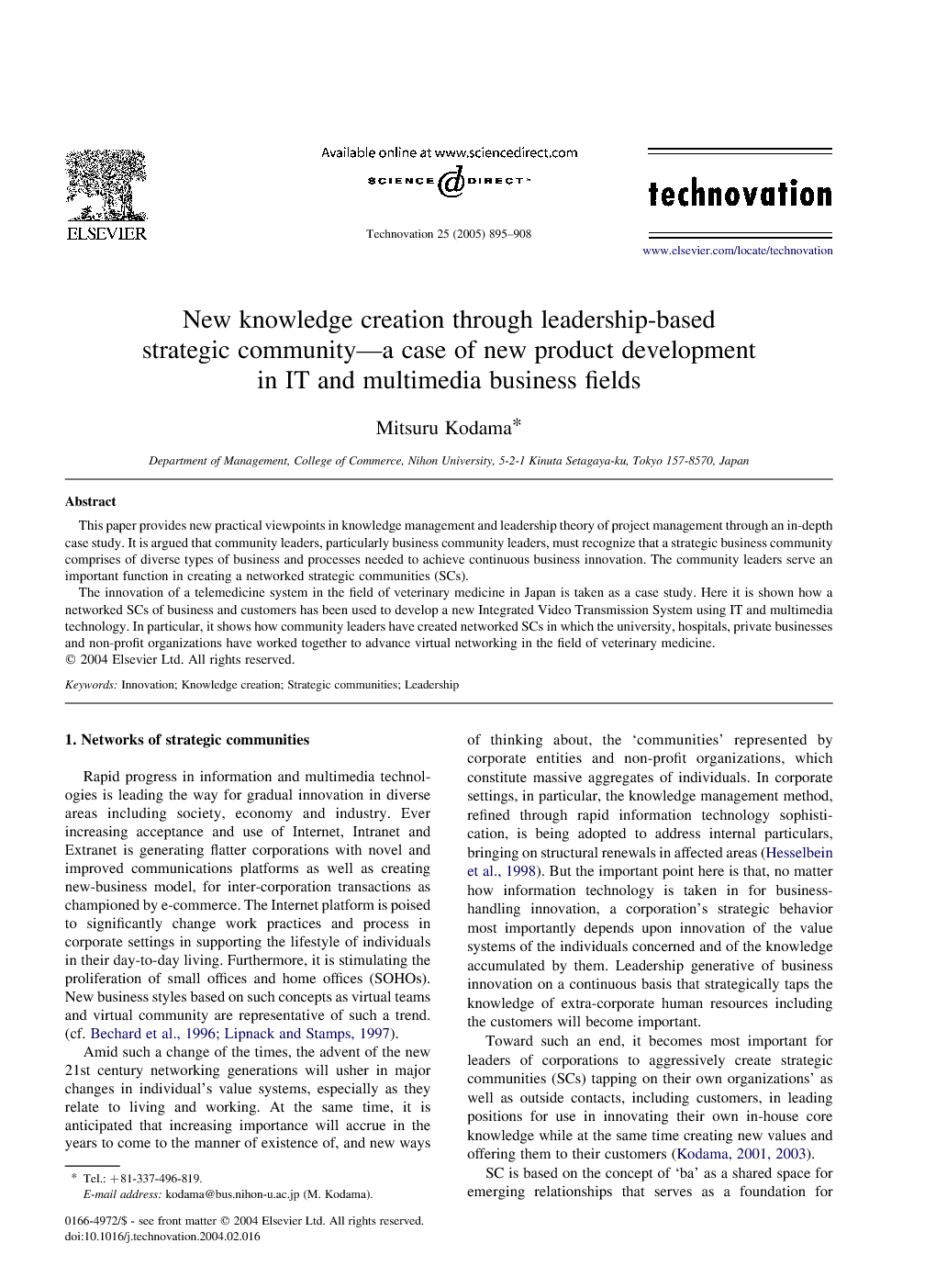 This paper provides new practical viewpoints in knowledge management and leadership theory of project management through an in-depth case study. It is argued that community leaders, particularly business community leaders, must recognize that a strategic business community comprises of diverse types of business and processes needed to achieve continuous business innovation. The community leaders serve an important function in creating a networked strategic communities (SCs). The innovation of a telemedicine system in the field of veterinary medicine in Japan is taken as a case study. Here it is shown how a networked SCs of business and customers has been used to develop a new Integrated Video Transmission System using IT and multimedia technology. In particular, it shows how community leaders have created networked SCs in which the university, hospitals, private businesses and non-profit organizations have worked together to advance virtual networking in the field of veterinary medicine.