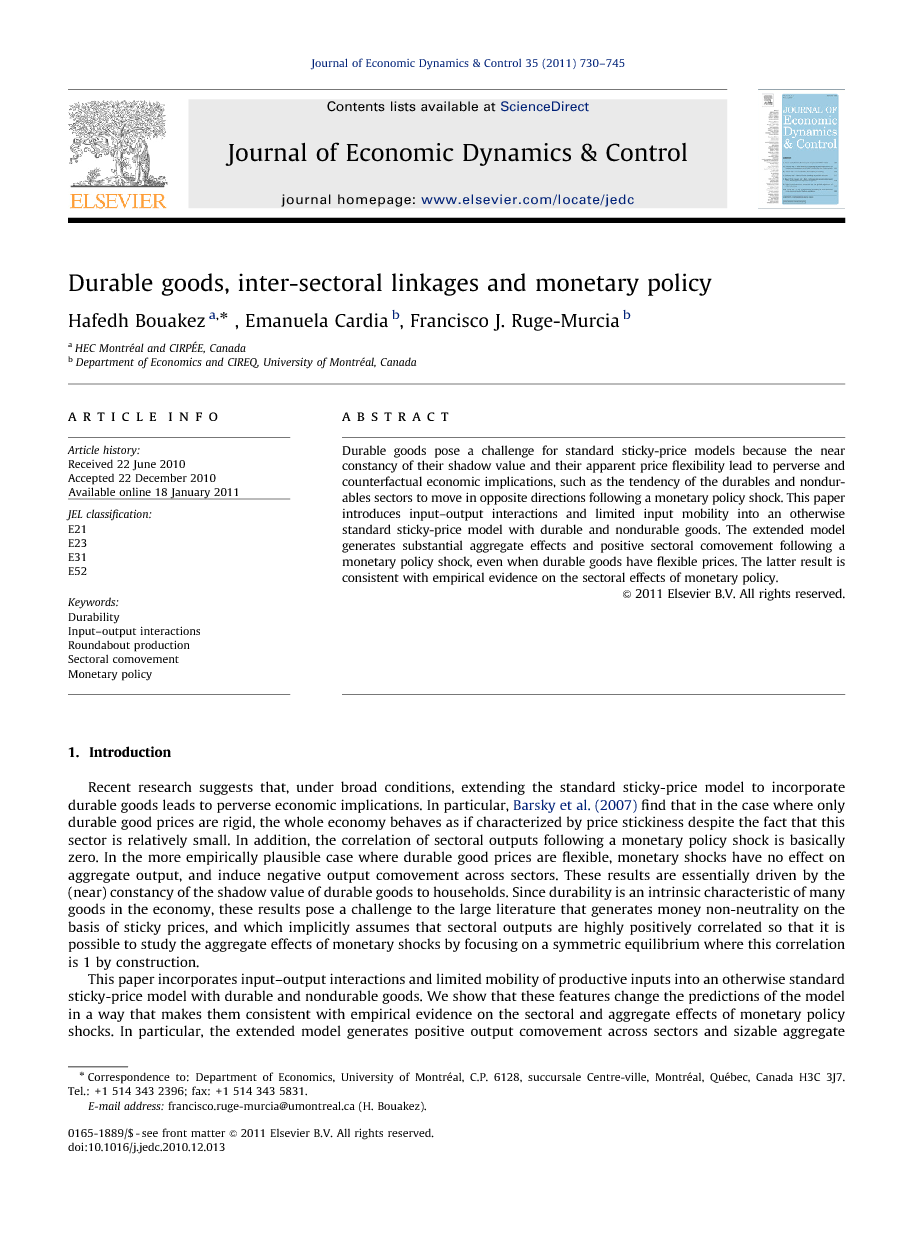 Durable goods pose a challenge for standard sticky-price models because the near constancy of their shadow value and their apparent price flexibility lead to perverse and counterfactual economic implications, such as the tendency of the durables and nondurables sectors to move in opposite directions following a monetary policy shock. This paper introduces input–output interactions and limited input mobility into an otherwise standard sticky-price model with durable and nondurable goods. The extended model generates substantial aggregate effects and positive sectoral comovement following a monetary policy shock, even when durable goods have flexible prices. The latter result is consistent with empirical evidence on the sectoral effects of monetary policy.

This paper has extended the standard sticky-price model with durables and nondurables by incorporating input–output interactions across sectors and limited factor mobility. The extended model generates predictions in line with existing empirical evidence on the effects of monetary policy shocks. Just as durability, input–output interactions and limited factor mobility are prominent features of the data and should be ingredients of a well-specified sticky-price model.