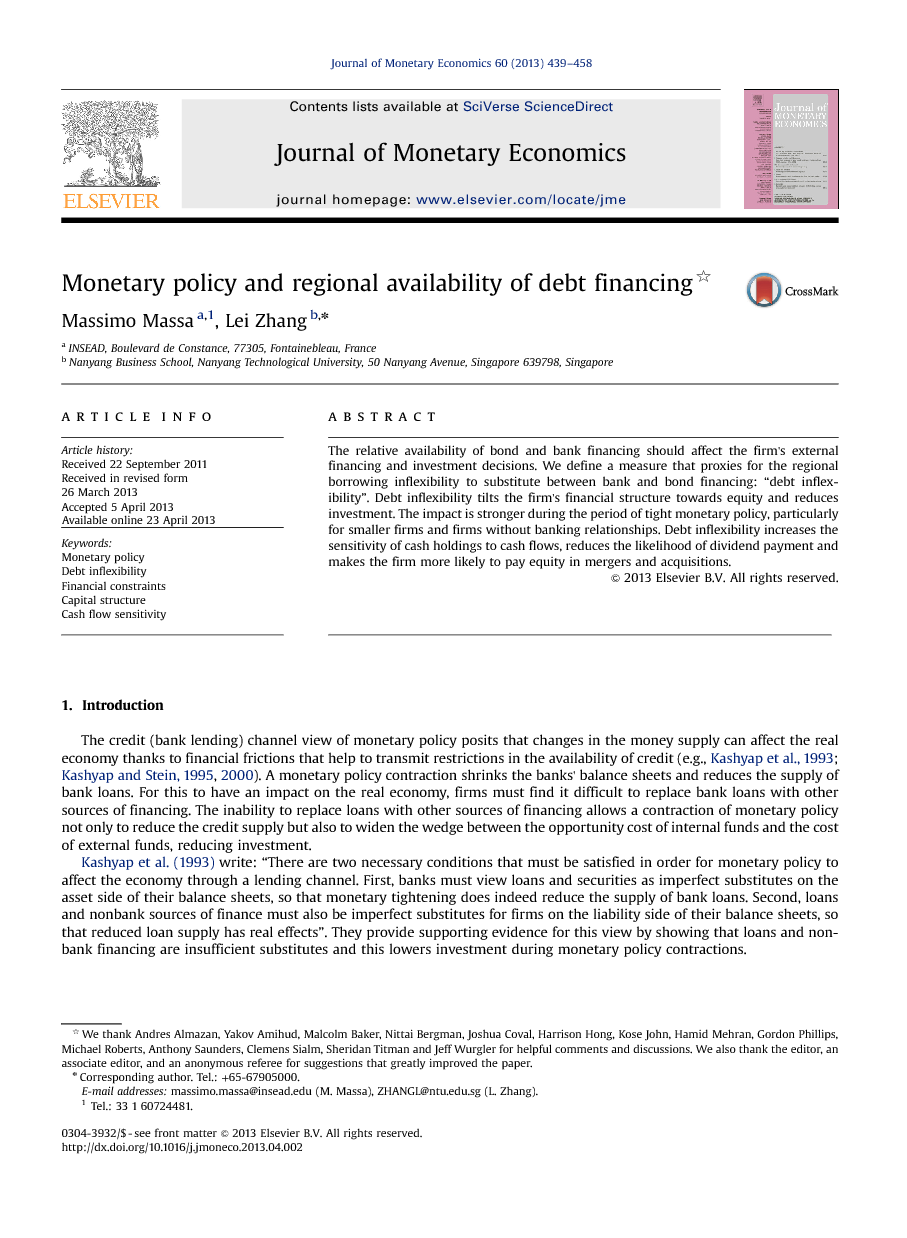 The relative availability of bond and bank financing should affect the firm's external financing and investment decisions. We define a measure that proxies for the regional borrowing inflexibility to substitute between bank and bond financing: “debt inflexibility”. Debt inflexibility tilts the firm's financial structure towards equity and reduces investment. The impact is stronger during the period of tight monetary policy, particularly for smaller firms and firms without banking relationships. Debt inflexibility increases the sensitivity of cash holdings to cash flows, reduces the likelihood of dividend payment and makes the firm more likely to pay equity in mergers and acquisitions.

The relative availability of bond and bank financing supply may affect the firm's financing policy and its reaction to monetary policy. This is due to the fact that the local market conditions for the supply of bond and bank financing matter in terms of the firm's inability to substitute bank loans with bonds, which directly affects the financing and investment policies. A proxy for the regional inflexibility in the availability of bank and bond financing (debt “inflexibility”) is used to show that debt inflexibility propagates the transmission of monetary policy, especially for smaller firms and firms without banking relationships. Inflexibility tilts the firm's financial structure toward equity and reduces investment. Inflexibility acts as a sort of financial constraint that is more related to the financial markets to which the firm belongs than to the characteristics of the firm itself. Firms characterized by higher debt inflexibility act as more financially constrained and display a higher sensitivity of cash holdings to cash flows. Also, debt inflexibility reduces the likelihood of dividend payment and cash payment in M&As.