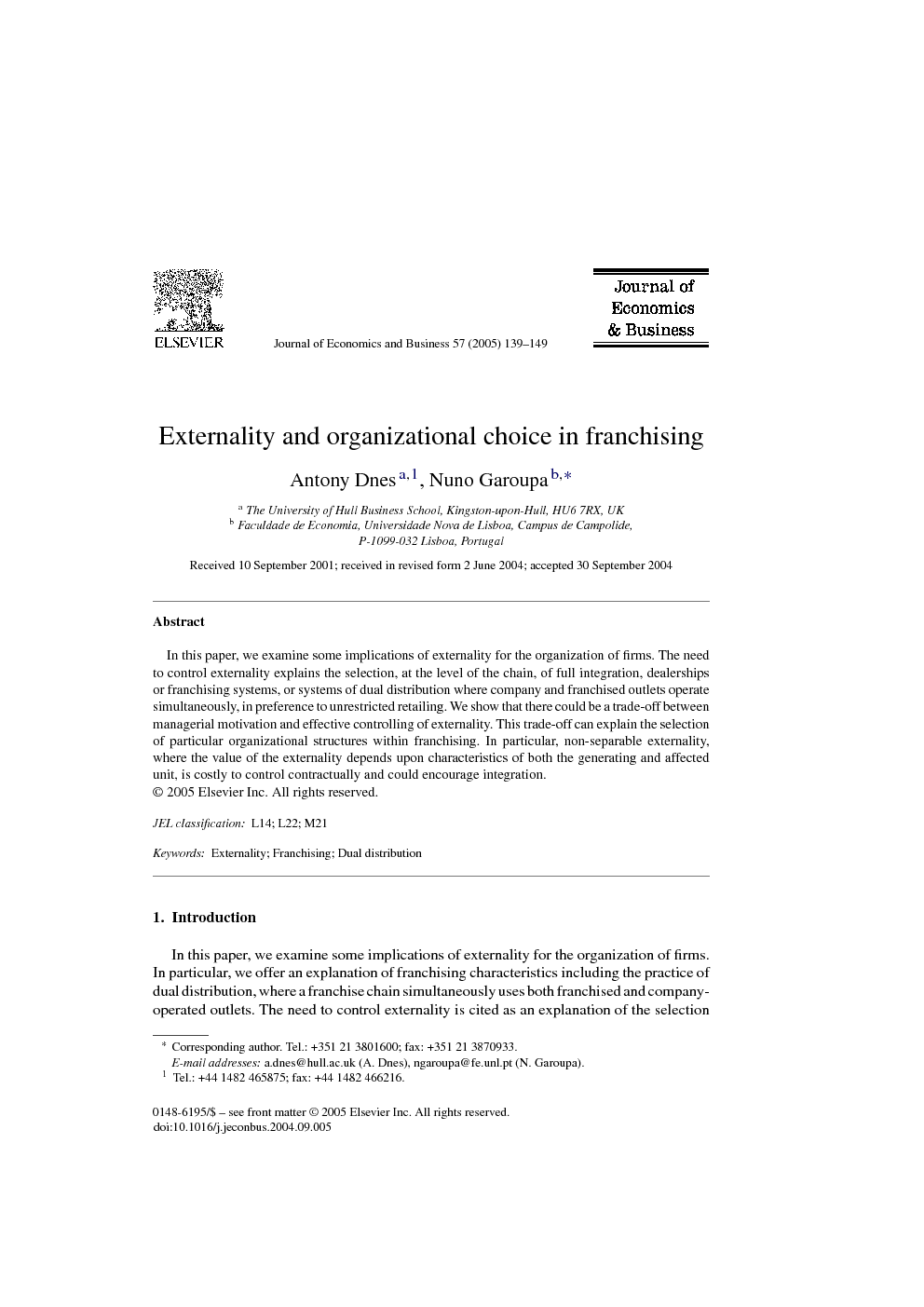 In this paper, we examine some implications of externality for the organization of firms. The need to control externality explains the selection, at the level of the chain, of full integration, dealerships or franchising systems, or systems of dual distribution where company and franchised outlets operate simultaneously, in preference to unrestricted retailing. We show that there could be a trade-off between managerial motivation and effective controlling of externality. This trade-off can explain the selection of particular organizational structures within franchising. In particular, non-separable externality, where the value of the externality depends upon characteristics of both the generating and affected unit, is costly to control contractually and could encourage integration.

Our paper shows that the nature of externality has important organizational consequences. Factors raising the costs of internalizing externalities affecting parts of a network business make integration more attractive than franchising. Non-separability of the externality is just such an effect. We have shown that an incentive to integrate can arise from the very nature of the externality itself. Dual distribution arises naturally as a consequence of the comparison between franchising and integration. The empirical application of our model should be fruitful in cases where strong systemic effects exist within franchise networks. Proxy variables for systemic effects comprise such things as service requirements for products, perhaps as indicated by the existence of warranties. We suggest that econometric modeling may be improved by including servicing commitments alongside factors like the geographical density of outlets as explanatory variables for the proportion of franchised outlets. Our paper also shows that franchising is not a universally applicable organizational form. It will not work if the advertising charges or transfer fees cannot be calculated in terms of a simple, low-cost rule for franchisees, which is likely to be difficult in the case of non-separability. Non-separability can make the costs of coordinating the franchise network very high. Merger is more likely when non-separable externalities are significant relative to the costs of their control.