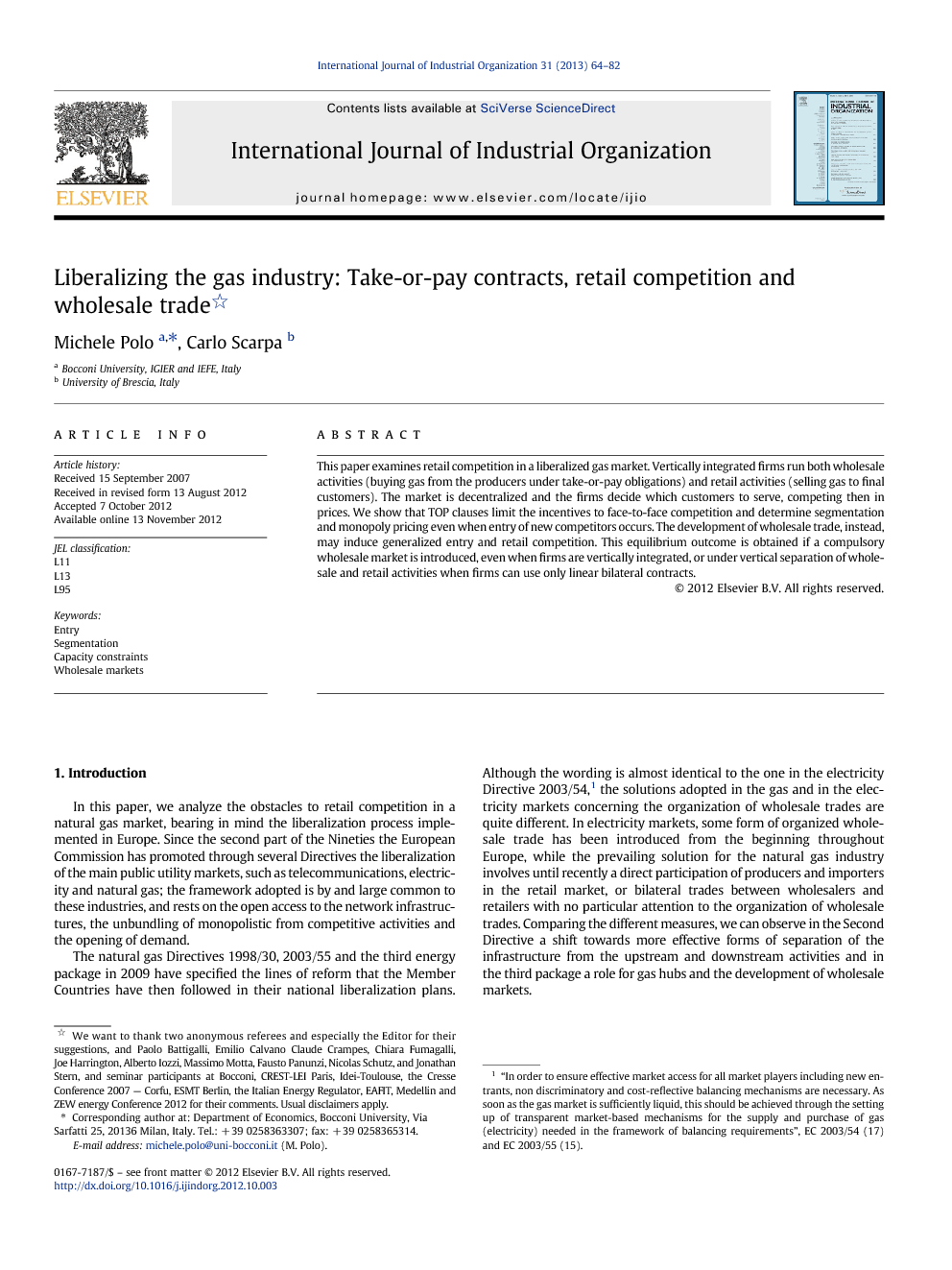 This paper examines retail competition in a liberalized gas market. Vertically integrated firms run both wholesale activities (buying gas from the producers under take-or-pay obligations) and retail activities (selling gas to final customers). The market is decentralized and the firms decide which customers to serve, competing then in prices. We show that TOP clauses limit the incentives to face-to-face competition and determine segmentation and monopoly pricing even when entry of new competitors occurs. The development of wholesale trade, instead, may induce generalized entry and retail competition. This equilibrium outcome is obtained if a compulsory wholesale market is introduced, even when firms are vertically integrated, or under vertical separation of wholesale and retail activities when firms can use only linear bilateral contracts.