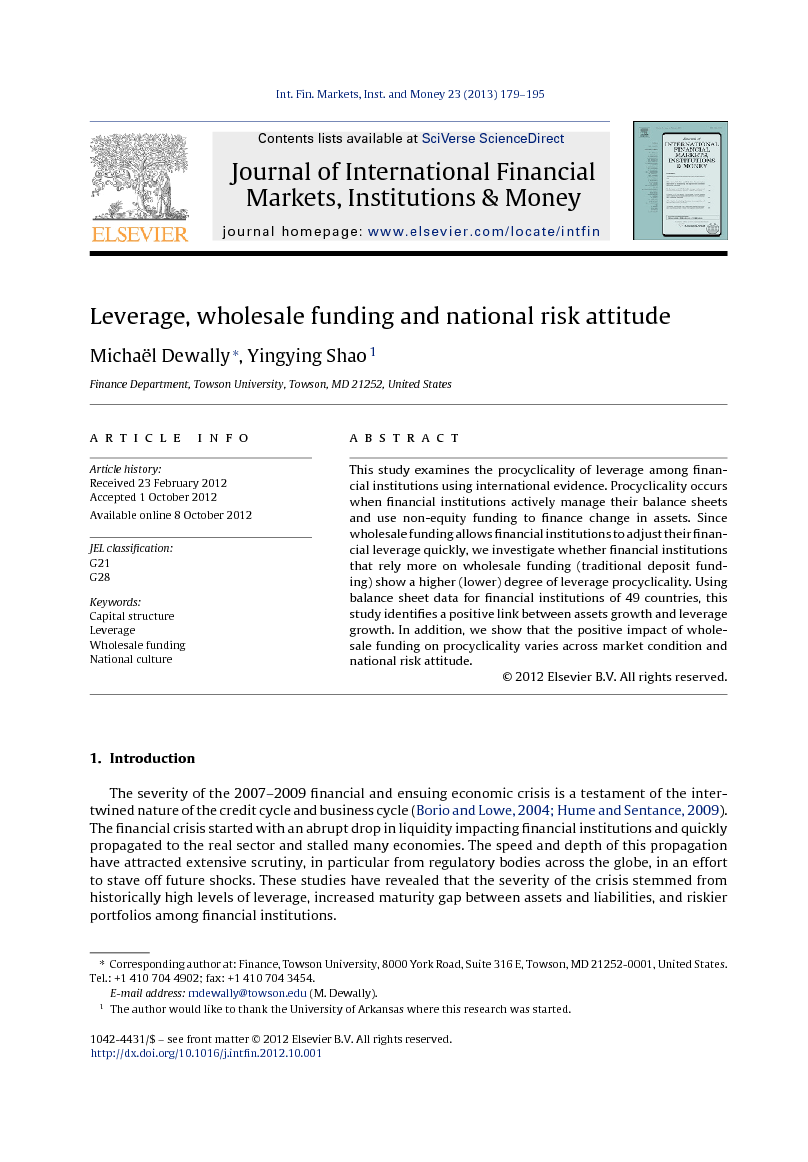 We examine the international evidence of leverage procyclicality following Adrian and Shin's (2010) methodology and empirically examine the link between assets growth and leverage growth. Using a rich set of annual balance sheet data for institutions in 49 countries, we illustrate that leverage is highly procyclical among financial institutions. In addition, we show that this link depends on banks’ use of wholesale funding markets. In Advanced countries, the degree of procyclicality is significantly higher for banks that rely more on wholesale funding, e.g. leverage rises more rapidly as the use of wholesale funding increases. Emerging countries are not immune to this phenomenon as we uncover the same relationship between wholesale funding use and heightened procyclicality. Therefore, though wholesale funding leads to a decline in leverage globally, it increases leverage's sensitivity to the business cycle in both Advanced and Emerging economies. We further find that this relationship only holds in times of normal economic growth. Moreover, we find that the tendency varies across national cultures: more masculine countries are more likely to experience higher procyclicality via the reliance on wholesale funding than less masculine countries are. Overall our findings provide important insights to the discussion about whether to place a limit on the leverage ratio, which is the current regulatory focus. Our findings, combined with previous findings that procyclicality of leverage could lead to aggregate volatility, suggest that regulators should rather aim to be more flexible about leverage level and more constraining of funding mix strategy, though it would impose limits on banks’ ability to manage their balance sheets.