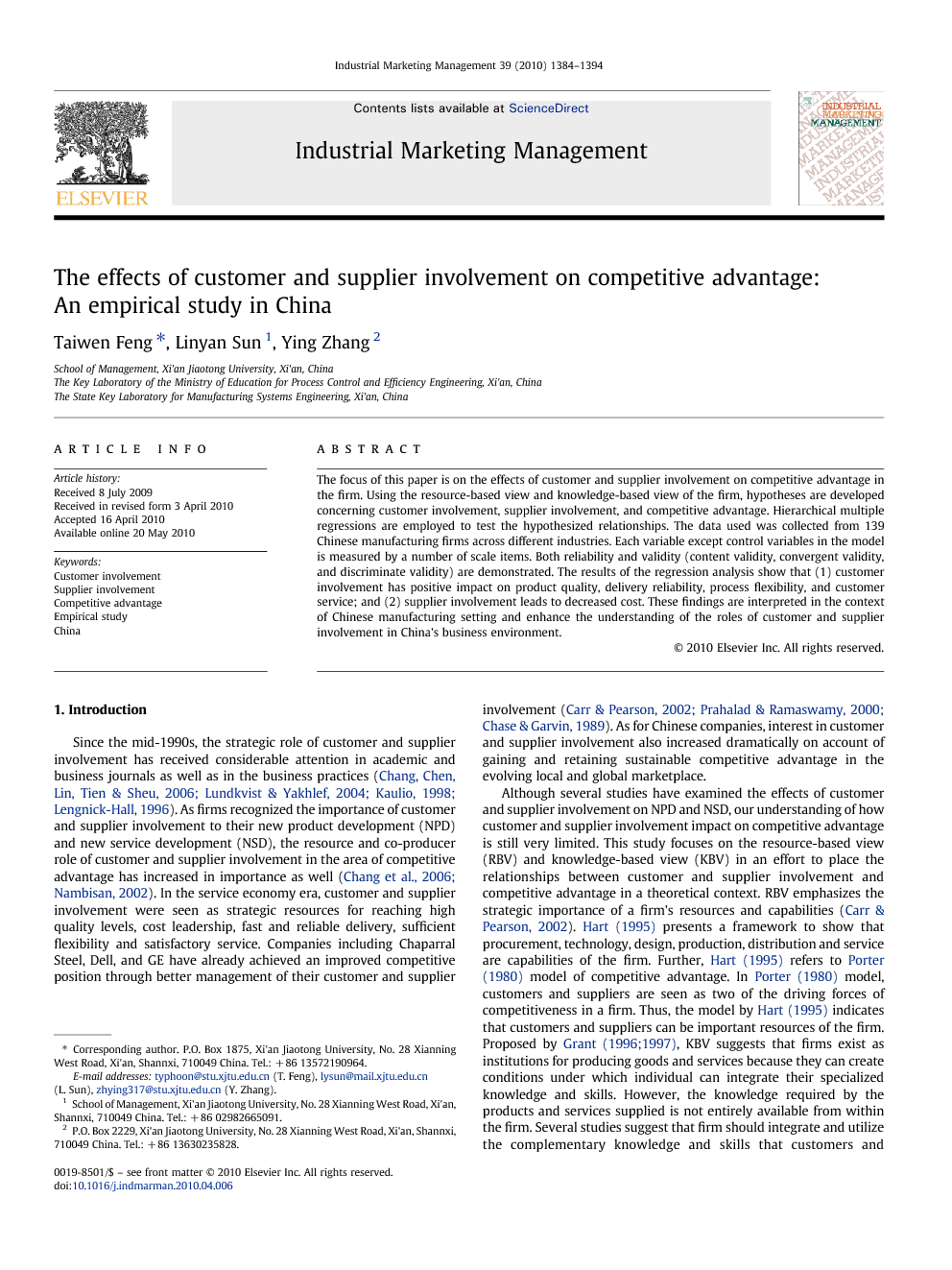 The focus of this paper is on the effects of customer and supplier involvement on competitive advantage in the firm. Using the resource-based view and knowledge-based view of the firm, hypotheses are developed concerning customer involvement, supplier involvement, and competitive advantage. Hierarchical multiple regressions are employed to test the hypothesized relationships. The data used was collected from 139 Chinese manufacturing firms across different industries. Each variable except control variables in the model is measured by a number of scale items. Both reliability and validity (content validity, convergent validity, and discriminate validity) are demonstrated. The results of the regression analysis show that (1) customer involvement has positive impact on product quality, delivery reliability, process flexibility, and customer service; and (2) supplier involvement leads to decreased cost. These findings are interpreted in the context of Chinese manufacturing setting and enhance the understanding of the roles of customer and supplier involvement in China's business environment.