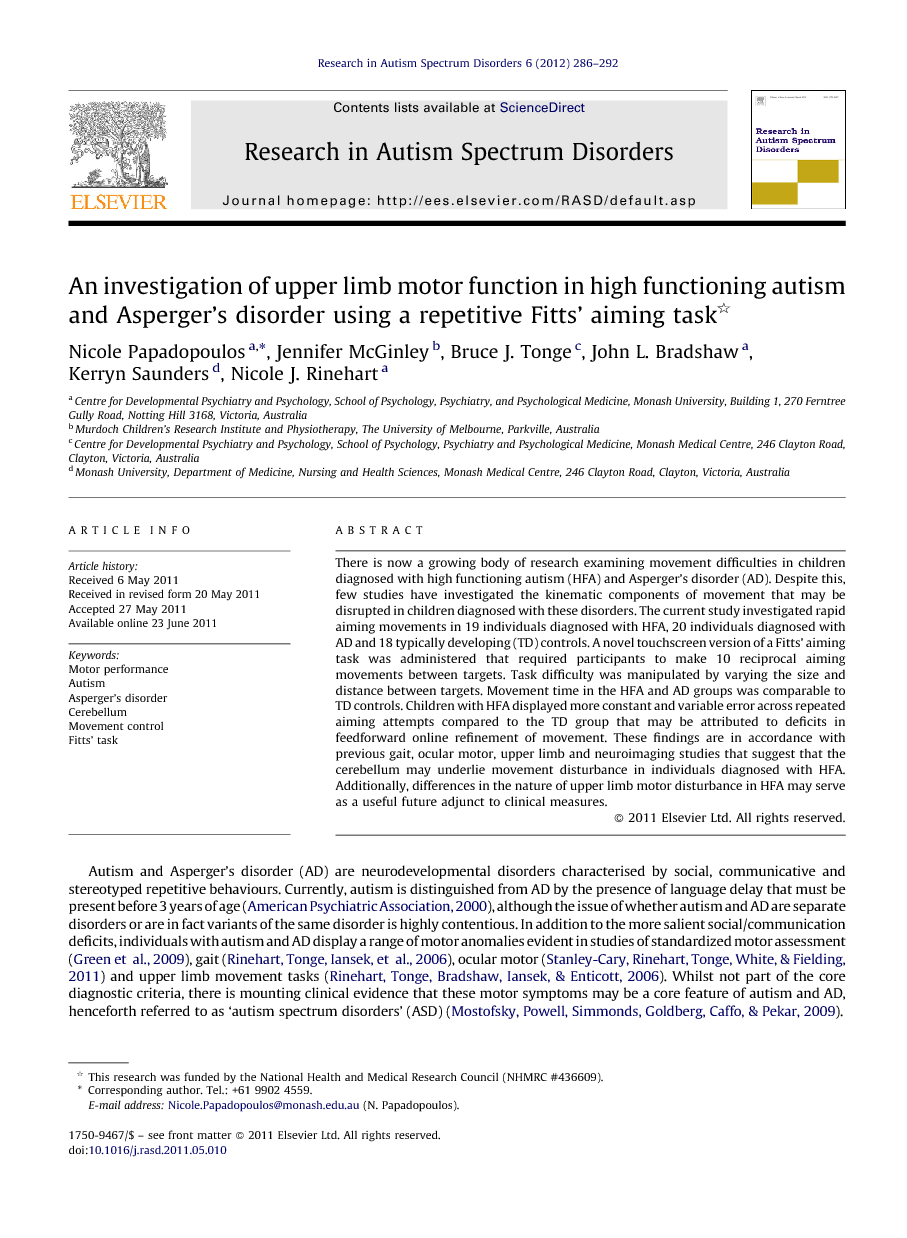 There is now a growing body of research examining movement difficulties in children diagnosed with high functioning autism (HFA) and Asperger's disorder (AD). Despite this, few studies have investigated the kinematic components of movement that may be disrupted in children diagnosed with these disorders. The current study investigated rapid aiming movements in 19 individuals diagnosed with HFA, 20 individuals diagnosed with AD and 18 typically developing (TD) controls. A novel touchscreen version of a Fitts’ aiming task was administered that required participants to make 10 reciprocal aiming movements between targets. Task difficulty was manipulated by varying the size and distance between targets. Movement time in the HFA and AD groups was comparable to TD controls. Children with HFA displayed more constant and variable error across repeated aiming attempts compared to the TD group that may be attributed to deficits in feedforward online refinement of movement. These findings are in accordance with previous gait, ocular motor, upper limb and neuroimaging studies that suggest that the cerebellum may underlie movement disturbance in individuals diagnosed with HFA. Additionally, differences in the nature of upper limb motor disturbance in HFA may serve as a useful future adjunct to clinical measures.