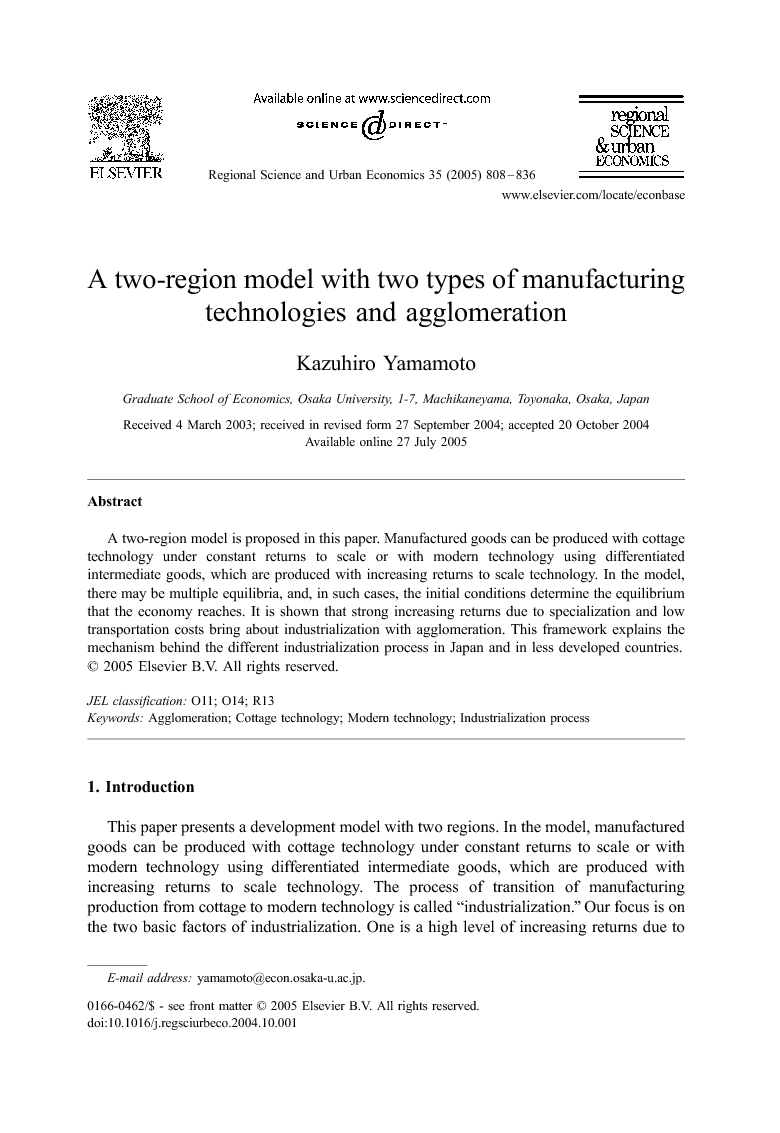 A two-region model is proposed in this paper. Manufactured goods can be produced with cottage technology under constant returns to scale or with modern technology using differentiated intermediate goods, which are produced with increasing returns to scale technology. In the model, there may be multiple equilibria, and, in such cases, the initial conditions determine the equilibrium that the economy reaches. It is shown that strong increasing returns due to specialization and low transportation costs bring about industrialization with agglomeration. This framework explains the mechanism behind the different industrialization process in Japan and in less developed countries.