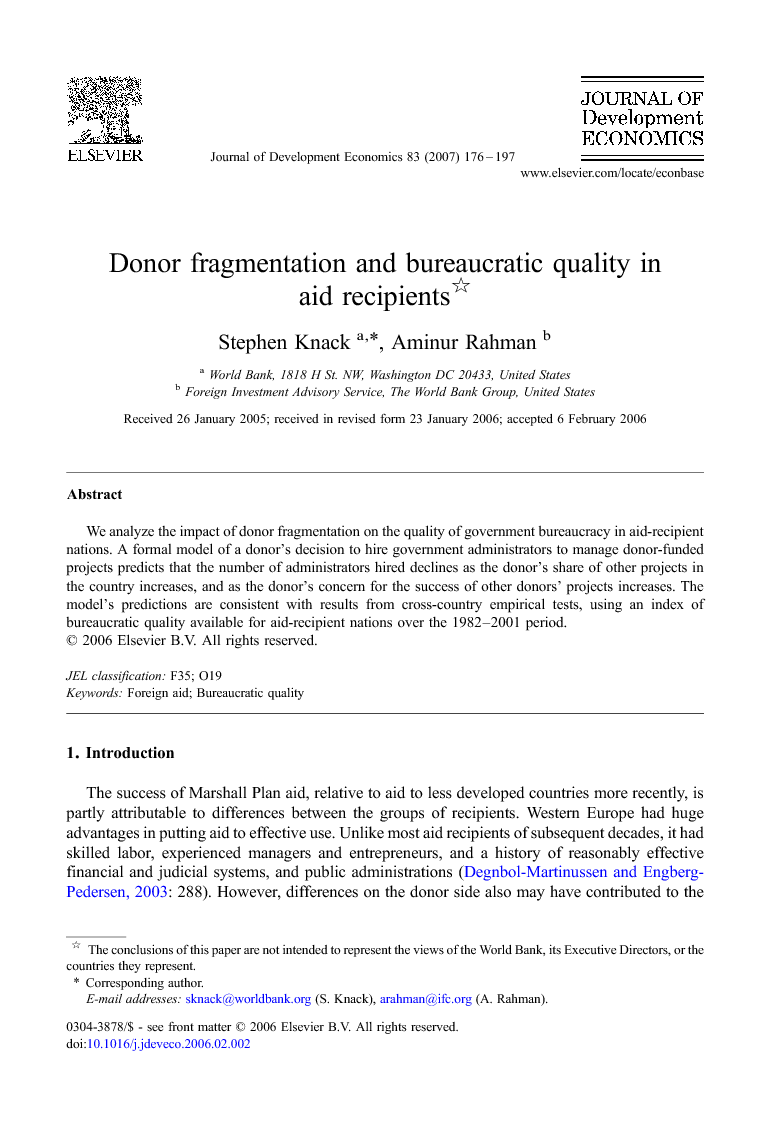 We analyze the impact of donor fragmentation on the quality of government bureaucracy in aid-recipient nations. A formal model of a donor's decision to hire government administrators to manage donor-funded projects predicts that the number of administrators hired declines as the donor's share of other projects in the country increases, and as the donor's concern for the success of other donors' projects increases. The model's predictions are consistent with results from cross-country empirical tests, using an index of bureaucratic quality available for aid-recipient nations over the 1982–2001 period.