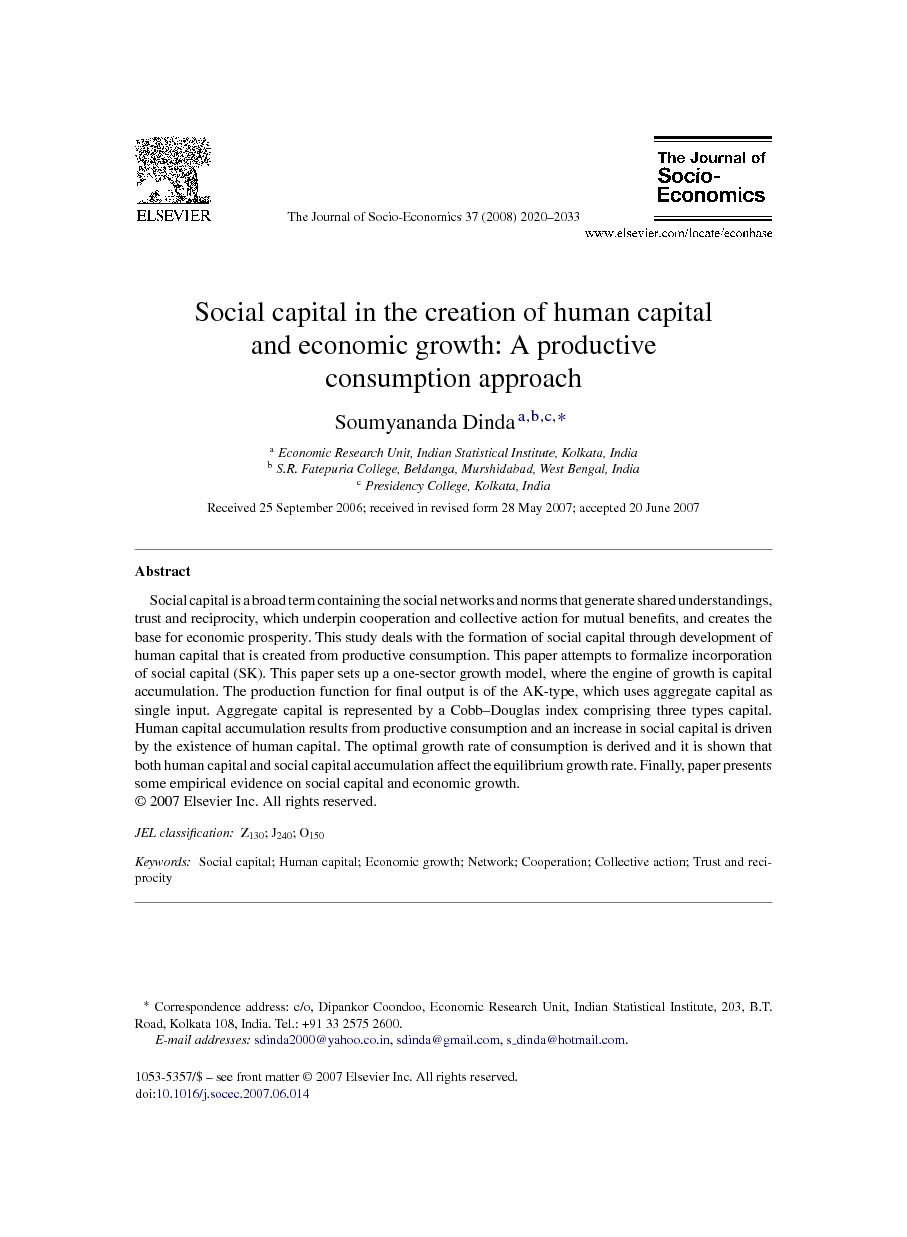 Social capital is a broad term containing the social norms and networks that generate shared understandings, trust and reciprocity, which underpin co-operation and collective action for mutual benefits, and creates the base for economic prosperity. Social capital is accumulated when people interact in a purposeful manner with each other in formal and informal meeting places. These social activities increase with development of human capital that is generated in the schooling system. Educated individuals are interested in dialogue and conversation that enables people to build communities, to commit themselves to each other, and thereby to knit the social fabric. Thus, social capital greases the wheels that allow nations to advance smoothly. This paper tries to develop mechanism through which social capital forms and contributes to economic growth in the endogenous growth framework. This study deals with development of social capital through human capital formation that is created from productive consumption. The predictions of the model are examined empirically for a cross-section of countries. The empirical findings support our hypothesis that social capital has significant impact on the income level and economic growth rate.