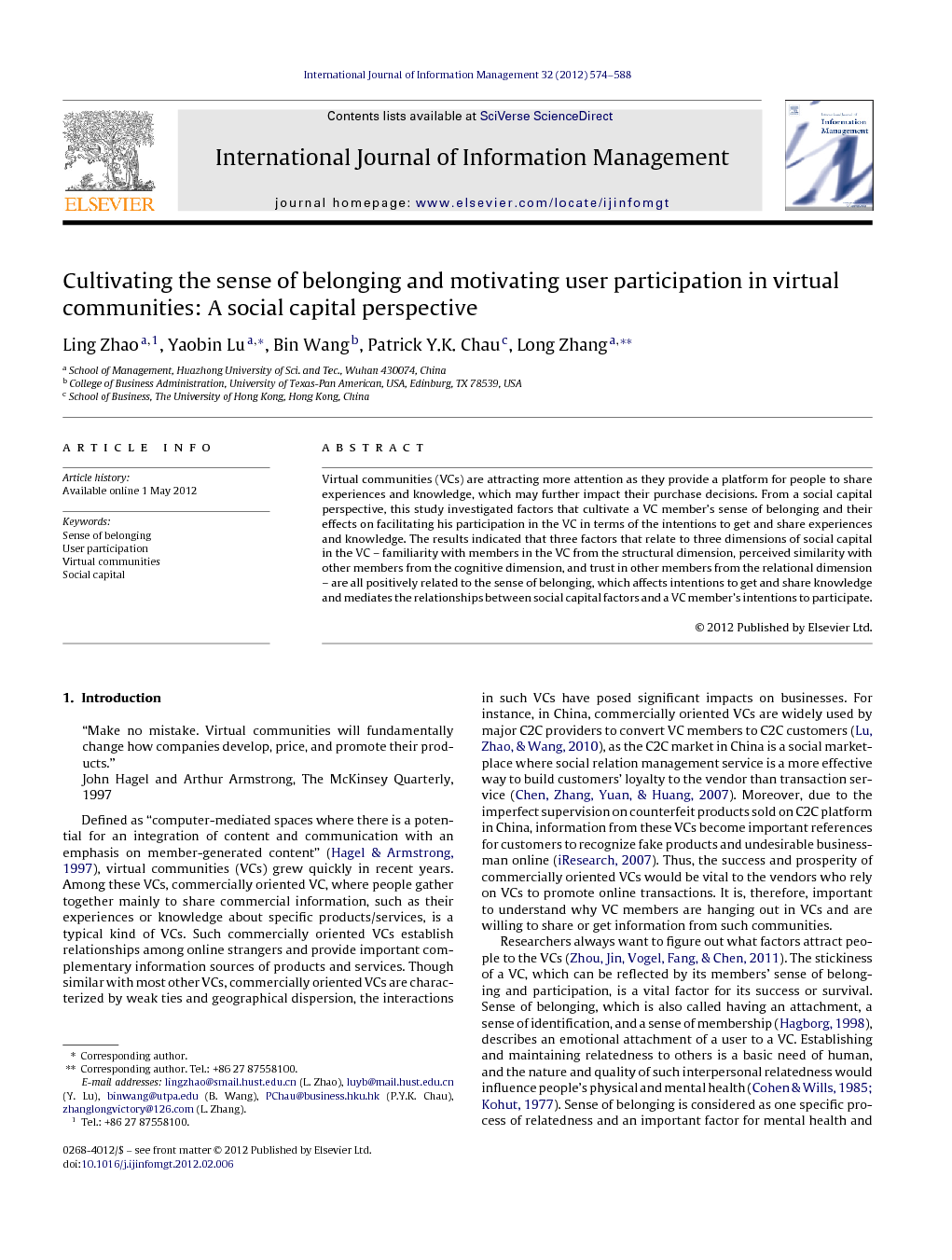 Virtual communities (VCs) are attracting more attention as they provide a platform for people to share experiences and knowledge, which may further impact their purchase decisions. From a social capital perspective, this study investigated factors that cultivate a VC member's sense of belonging and their effects on facilitating his participation in the VC in terms of the intentions to get and share experiences and knowledge. The results indicated that three factors that relate to three dimensions of social capital in the VC – familiarity with members in the VC from the structural dimension, perceived similarity with other members from the cognitive dimension, and trust in other members from the relational dimension – are all positively related to the sense of belonging, which affects intentions to get and share knowledge and mediates the relationships between social capital factors and a VC member's intentions to participate.