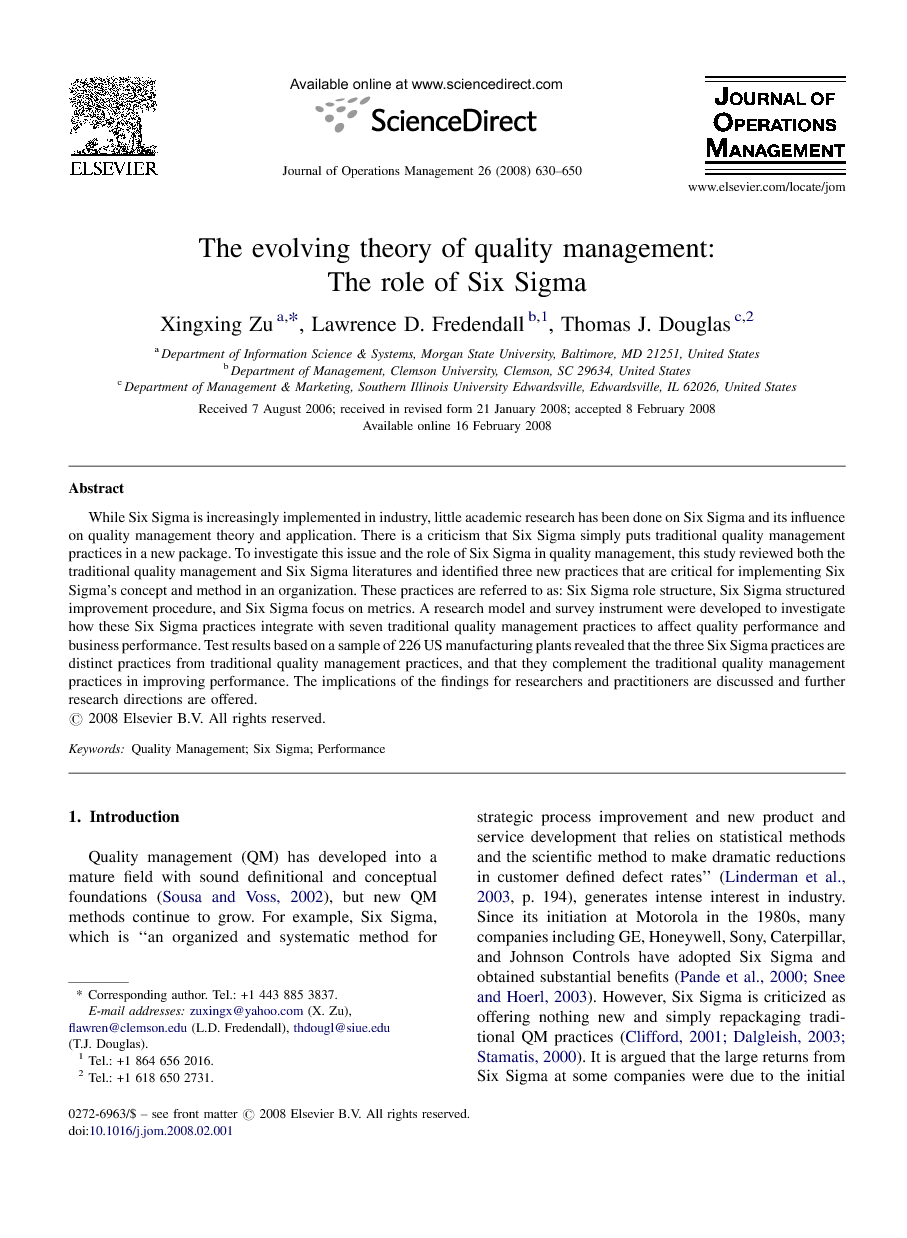 Quality management (QM) has developed into a mature field with sound definitional and conceptual foundations (Sousa and Voss, 2002), but new QM methods continue to grow. For example, Six Sigma, which is “an organized and systematic method for strategic process improvement and new product and service development that relies on statistical methods and the scientific method to make dramatic reductions in customer defined defect rates” (Linderman et al., 2003, p. 194), generates intense interest in industry. Since its initiation at Motorola in the 1980s, many companies including GE, Honeywell, Sony, Caterpillar, and Johnson Controls have adopted Six Sigma and obtained substantial benefits (Pande et al., 2000 and Snee and Hoerl, 2003). However, Six Sigma is criticized as offering nothing new and simply repackaging traditional QM practices (Clifford, 2001, Dalgleish, 2003 and Stamatis, 2000). It is argued that the large returns from Six Sigma at some companies were due to the initial quality level of these companies being so low that anything would have drastically improved their quality (Stamatis, 2000). Although there have been numerous case studies, comprehensive discussions, books and websites addressing Six Sigma, very little scholarly research has been done on Six Sigma and its influence on quality management theory and application (Goffnett, 2004 and Schroeder et al., 2005). This study explores what is new in Six Sigma by identifying the practices that are critical for implementing Six Sigma's concept and method in an organization. It then develops a model of how the Six Sigma practices integrate with traditional QM practices to improve performance. The model was tested using survey data collected from 226 manufacturing plants in the US. The empirical findings of this study strengthen our understanding of Six Sigma's key practices and how it complements traditional QM, and provide practitioners with rigorous research-based answers about Six Sigma implementation.