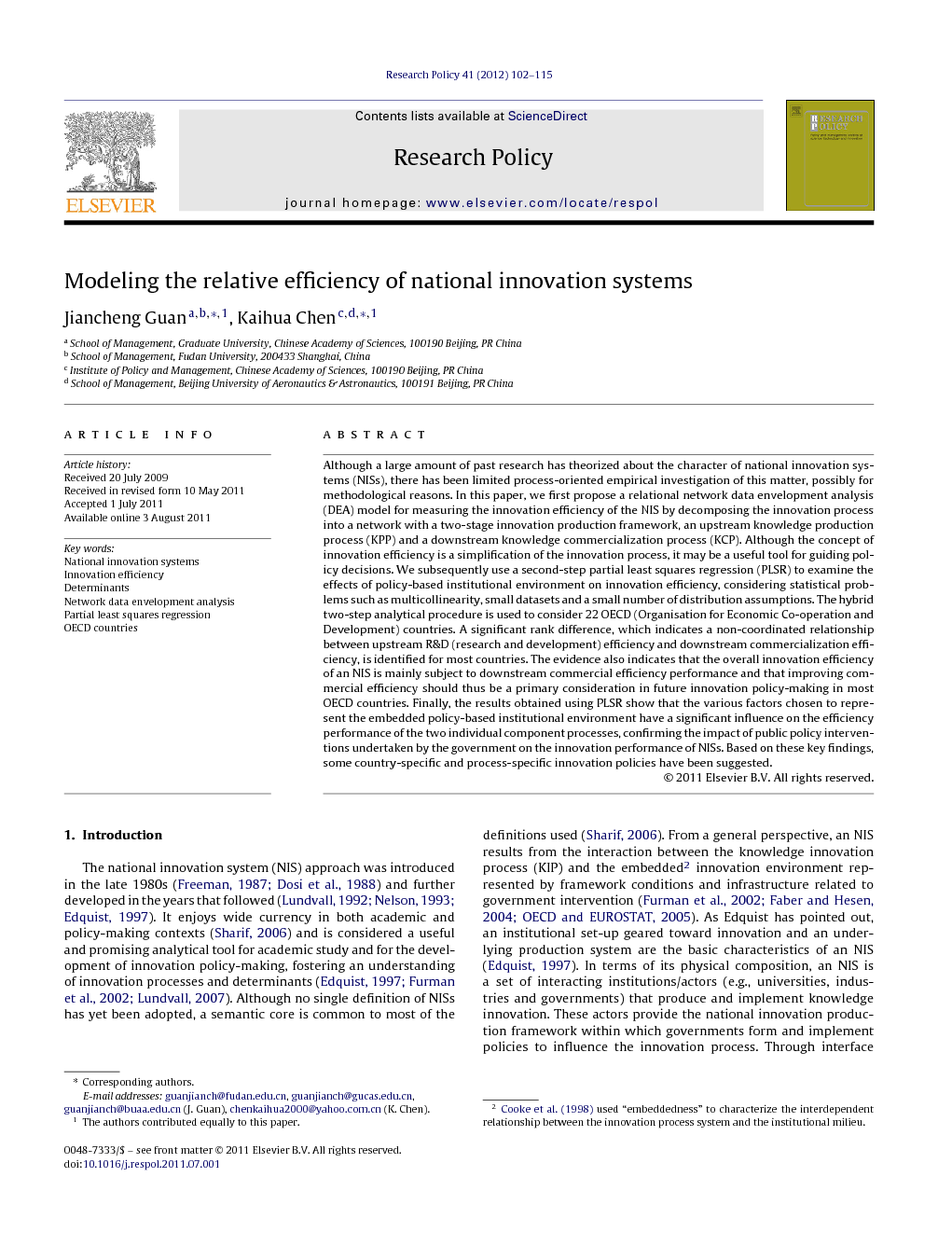 Although a large amount of past research has theorized about the character of national innovation systems (NISs), there has been limited process-oriented empirical investigation of this matter, possibly for methodological reasons. In this paper, we first propose a relational network data envelopment analysis (DEA) model for measuring the innovation efficiency of the NIS by decomposing the innovation process into a network with a two-stage innovation production framework, an upstream knowledge production process (KPP) and a downstream knowledge commercialization process (KCP). Although the concept of innovation efficiency is a simplification of the innovation process, it may be a useful tool for guiding policy decisions. We subsequently use a second-step partial least squares regression (PLSR) to examine the effects of policy-based institutional environment on innovation efficiency, considering statistical problems such as multicollinearity, small datasets and a small number of distribution assumptions. The hybrid two-step analytical procedure is used to consider 22 OECD (Organisation for Economic Co-operation and Development) countries. A significant rank difference, which indicates a non-coordinated relationship between upstream R&D (research and development) efficiency and downstream commercialization efficiency, is identified for most countries. The evidence also indicates that the overall innovation efficiency of an NIS is mainly subject to downstream commercial efficiency performance and that improving commercial efficiency should thus be a primary consideration in future innovation policy-making in most OECD countries. Finally, the results obtained using PLSR show that the various factors chosen to represent the embedded policy-based institutional environment have a significant influence on the efficiency performance of the two individual component processes, confirming the impact of public policy interventions undertaken by the government on the innovation performance of NISs. Based on these key findings, some country-specific and process-specific innovation policies have been suggested.