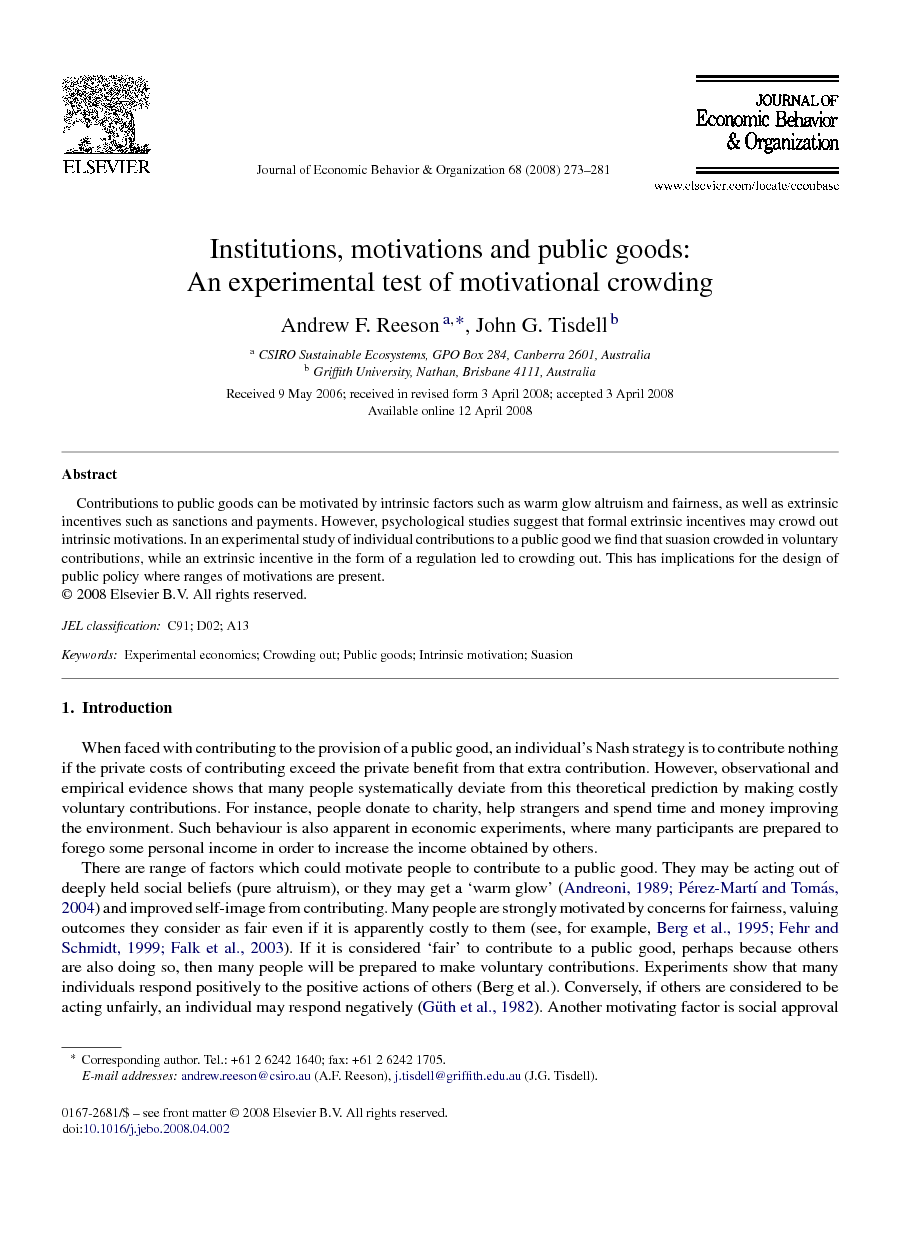 Theoretical and empirical evidence shows that economic decisions are shaped by a range of motivations. Unfortunately for policymaking, these motivations are not always additive. In situations where intrinsic motivations are low and few voluntary contributions are being made, extrinsic incentives can significantly increase supply of a public good. However, where some people are already making voluntary contributions, motivated largely intrinsically, there is a significant danger that introducing extrinsic incentives will crowd out these voluntary contributions. In such circumstances, policies intended to promote public good contributions may be ineffective or even result in a decline in the supply of the public good. Our research suggests that once the warm glow or social approval is separated from an activity, it may be difficult to recover. As a result poorly designed policies will continue to cause problems even after they are removed. Policy design has much to gain from a better understanding of existing voluntary behaviour and motivations. Some incentives have the potential to crowd in intrinsic motivation by recognising and acknowledging it (Frey). Well-designed policies may therefore be able to strengthen existing intrinsic motivations among those already contributing, while also providing attractive extrinsic incentives to encourage others to contribute. Other incentives can do more harm than good; they are costly to implement and can actually cause a net decline in public good provision. Policy makers should therefore tread carefully when introducing formal institutions into the mix of informal institutions and motivations that surround public goods.