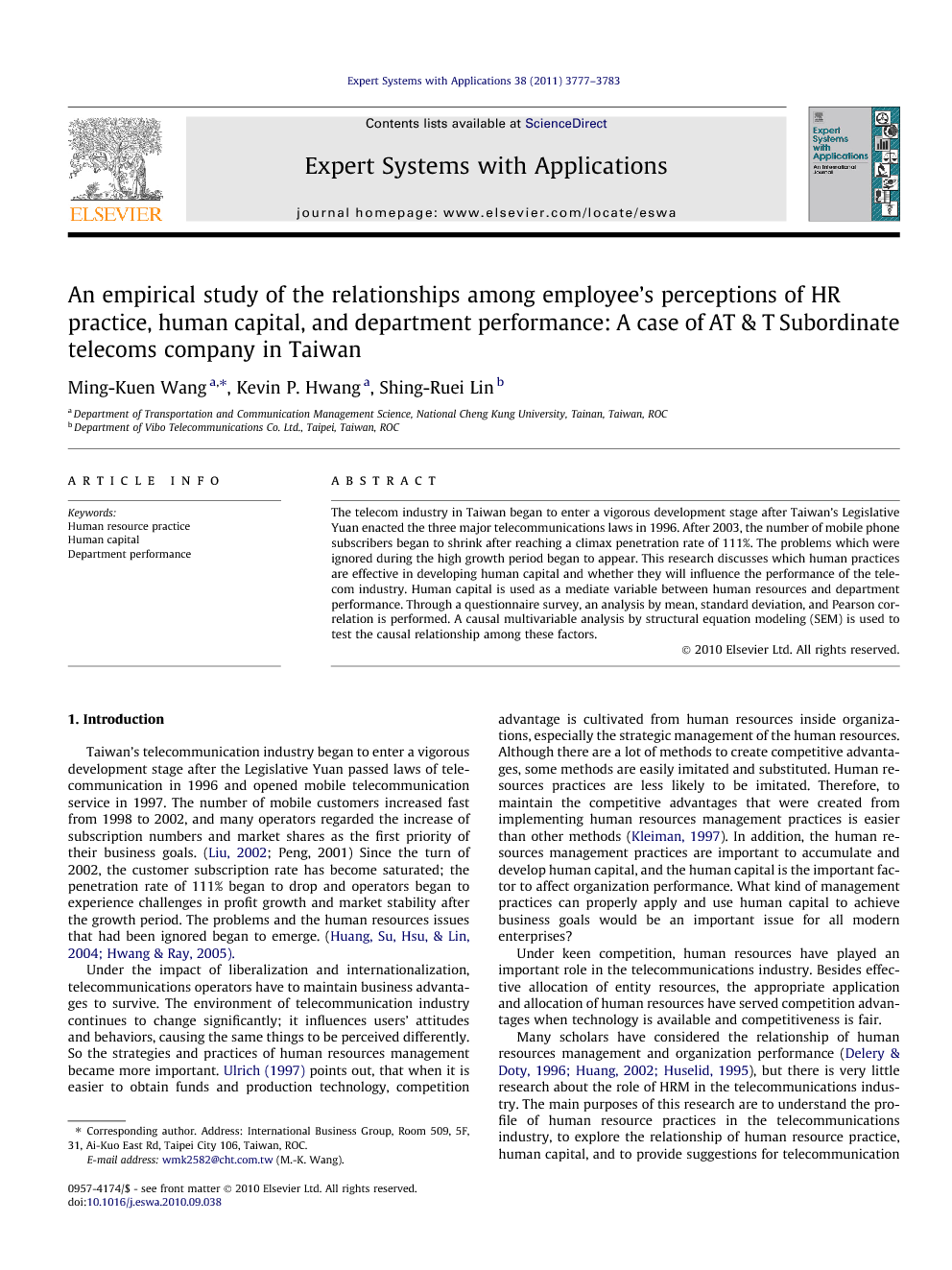 The telecom industry in Taiwan began to enter a vigorous development stage after Taiwan’s Legislative Yuan enacted the three major telecommunications laws in 1996. After 2003, the number of mobile phone subscribers began to shrink after reaching a climax penetration rate of 111%. The problems which were ignored during the high growth period began to appear. This research discusses which human practices are effective in developing human capital and whether they will influence the performance of the telecom industry. Human capital is used as a mediate variable between human resources and department performance. Through a questionnaire survey, an analysis by mean, standard deviation, and Pearson correlation is performed. A causal multivariable analysis by structural equation modeling (SEM) is used to test the causal relationship among these factors.