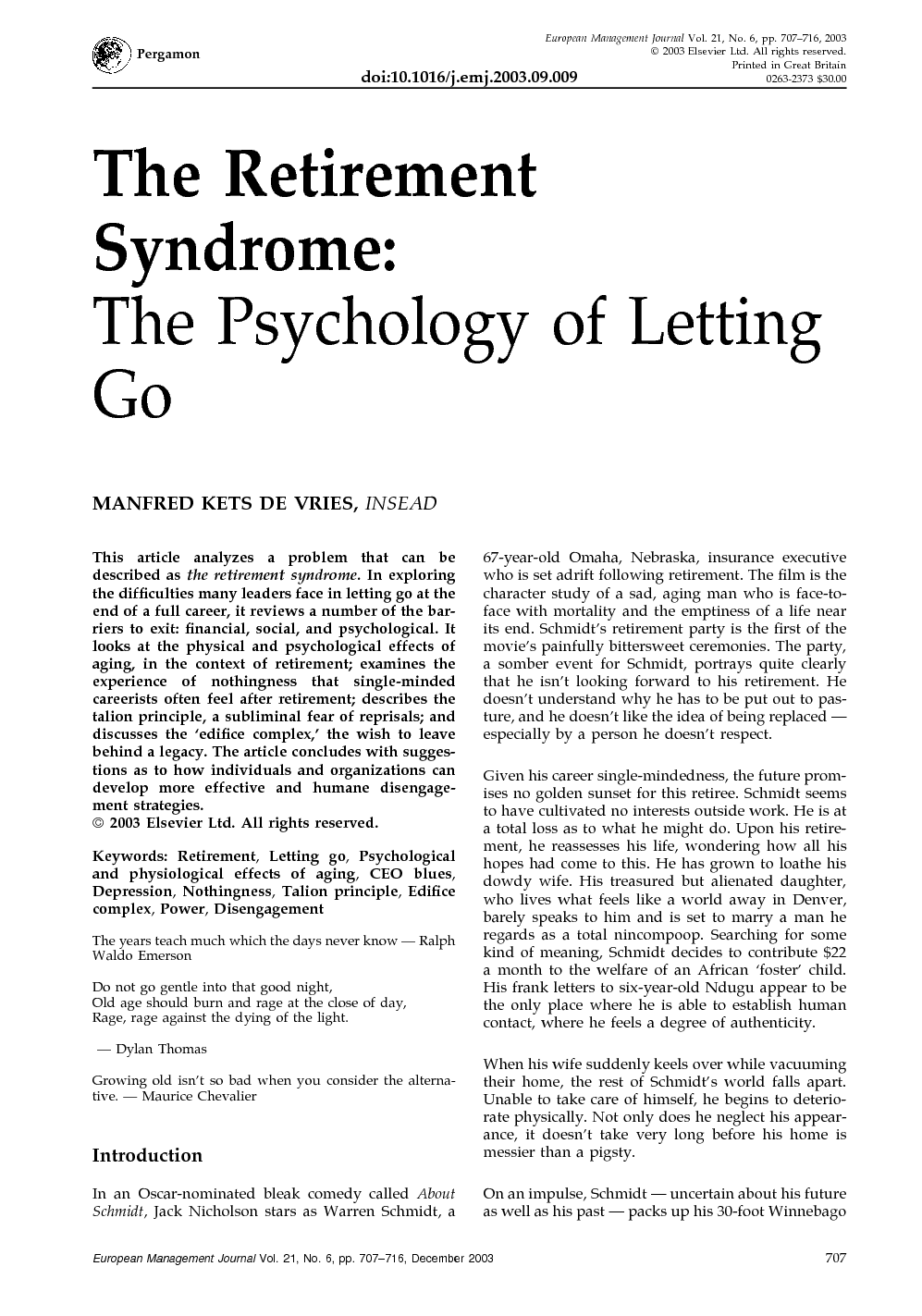 This article analyzes a problem that can be described as the retirement syndrome. In exploring the difficulties many leaders face in letting go at the end of a full career, it reviews a number of the barriers to exit: financial, social, and psychological. It looks at the physical and psychological effects of aging, in the context of retirement; examines the experience of nothingness that single-minded careerists often feel after retirement; describes the talion principle, a subliminal fear of reprisals; and discusses the ‘edifice complex,’ the wish to leave behind a legacy. The article concludes with suggestions as to how individuals and organizations can develop more effective and humane disengagement strategies.