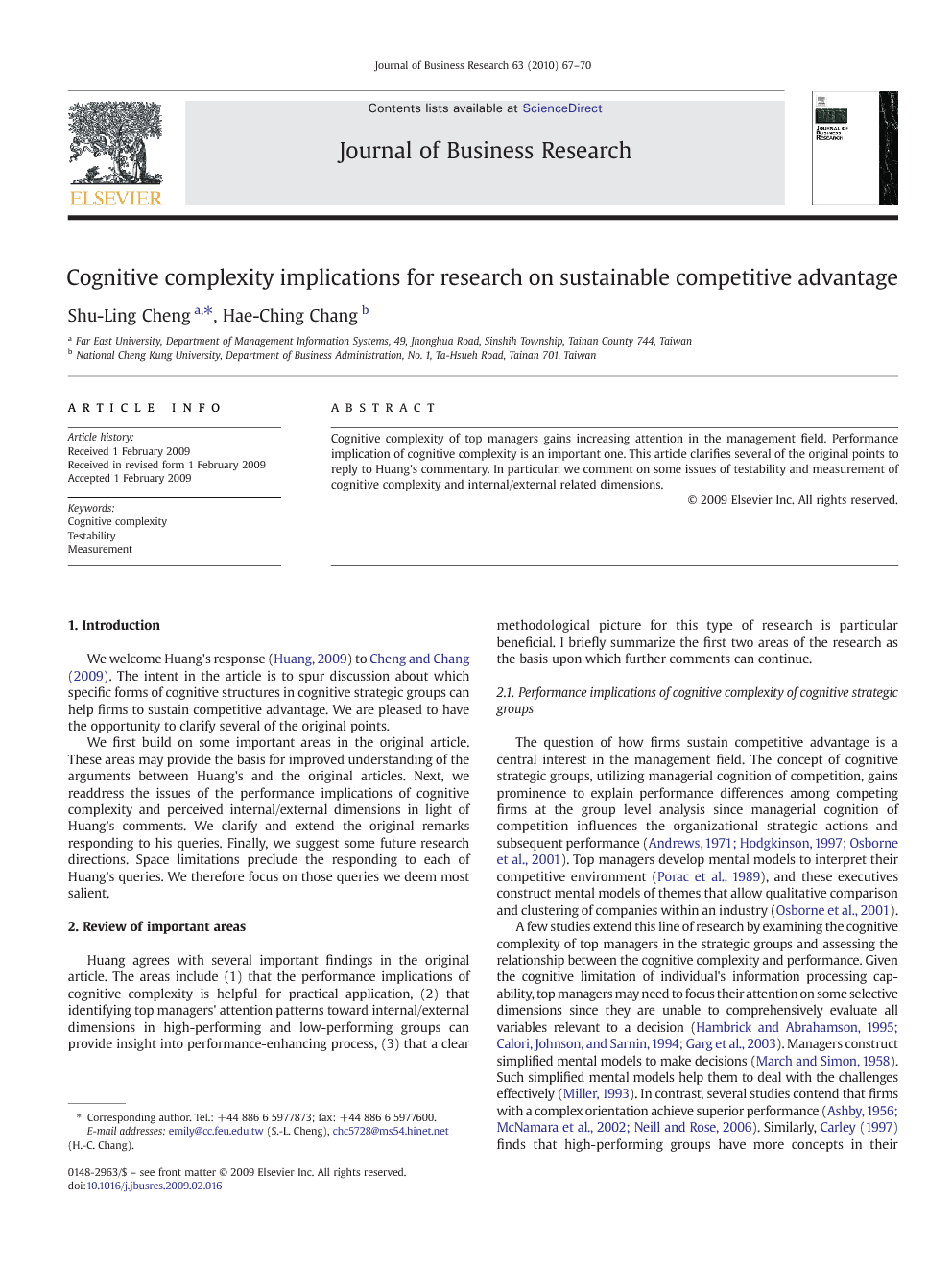 We welcome Huang's response (Huang, 2009) to Cheng and Chang (2009). The intent in the article is to spur discussion about which specific forms of cognitive structures in cognitive strategic groups can help firms to sustain competitive advantage. We are pleased to have the opportunity to clarify several of the original points. We first build on some important areas in the original article. These areas may provide the basis for improved understanding of the arguments between Huang's and the original articles. Next, we readdress the issues of the performance implications of cognitive complexity and perceived internal/external dimensions in light of Huang's comments. We clarify and extend the original remarks responding to his queries. Finally, we suggest some future research directions. Space limitations preclude the responding to each of Huang's queries. We therefore focus on those queries we deem most salient.