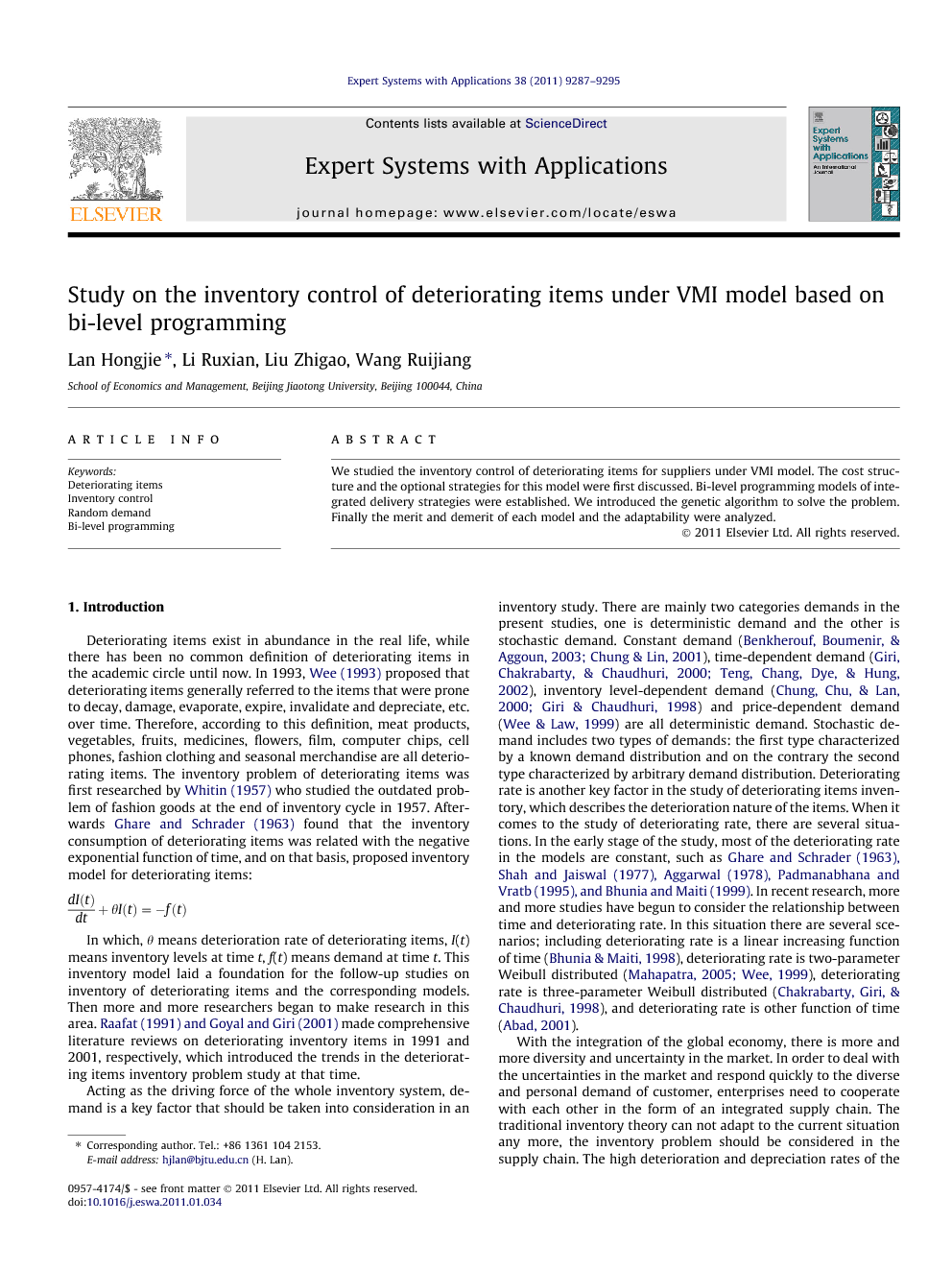 We studied the inventory control of deteriorating items for suppliers under VMI model. The cost structure and the optional strategies for this model were first discussed. Bi-level programming models of integrated delivery strategies were established. We introduced the genetic algorithm to solve the problem. Finally the merit and demerit of each model and the adaptability were analyzed.

In this paper, we established two inventory control models of deteriorating items respectively according to the time-based and the quantity-based integrated delivery strategies for suppliers under VMI model. Apart from fully considering the factors in general inventory control problems of suppliers, the deterioration cost of the product and the characteristics of deteriorating items were also taking into account in the building process of the models. At the same time, different perspectives were taken to establish a bi-level programming model which was to be solved by genetic algorithm. Finally, empirical analysis of the models was conducted, and the validity of the genetic algorithm solving such problems was also proved. Meanwhile, through comparative analysis, the influence law of various parameters on the two kinds of inventory control models was discussed clearly, which will help suppliers to adjust inventory control strategies timely based on the actual situation when the external parameters changes. This will provide an important guiding significance for the inventory management practice. In terms of suppliers, apart from the two delivery strategies described in this paper, there is also a mixed integrated delivery strategy based on time and quantity, which needs to be further studied in the future research.