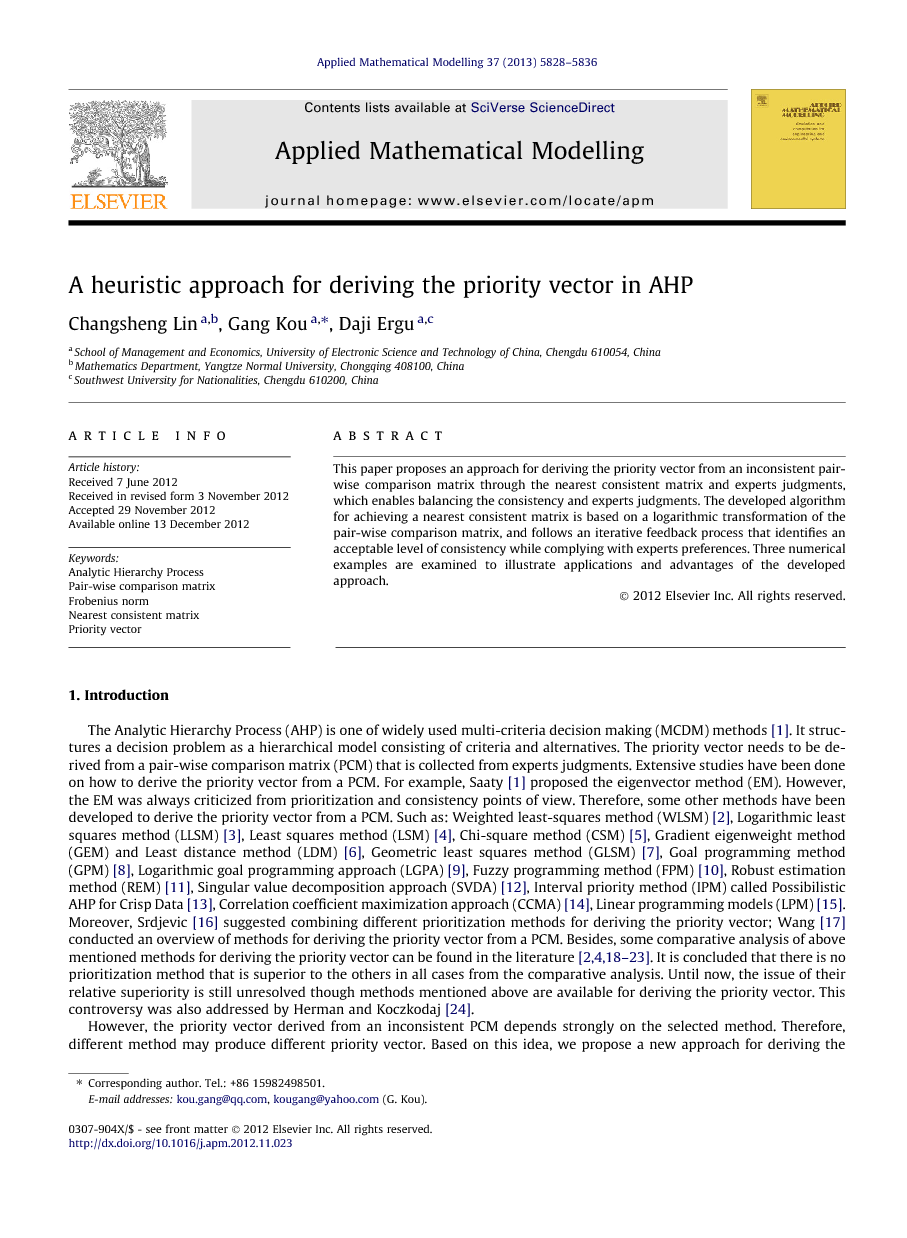 This paper proposes an approach for deriving the priority vector from an inconsistent pair-wise comparison matrix through the nearest consistent matrix and experts judgments, which enables balancing the consistency and experts judgments. The developed algorithm for achieving a nearest consistent matrix is based on a logarithmic transformation of the pair-wise comparison matrix, and follows an iterative feedback process that identifies an acceptable level of consistency while complying with experts preferences. Three numerical examples are examined to illustrate applications and advantages of the developed approach.