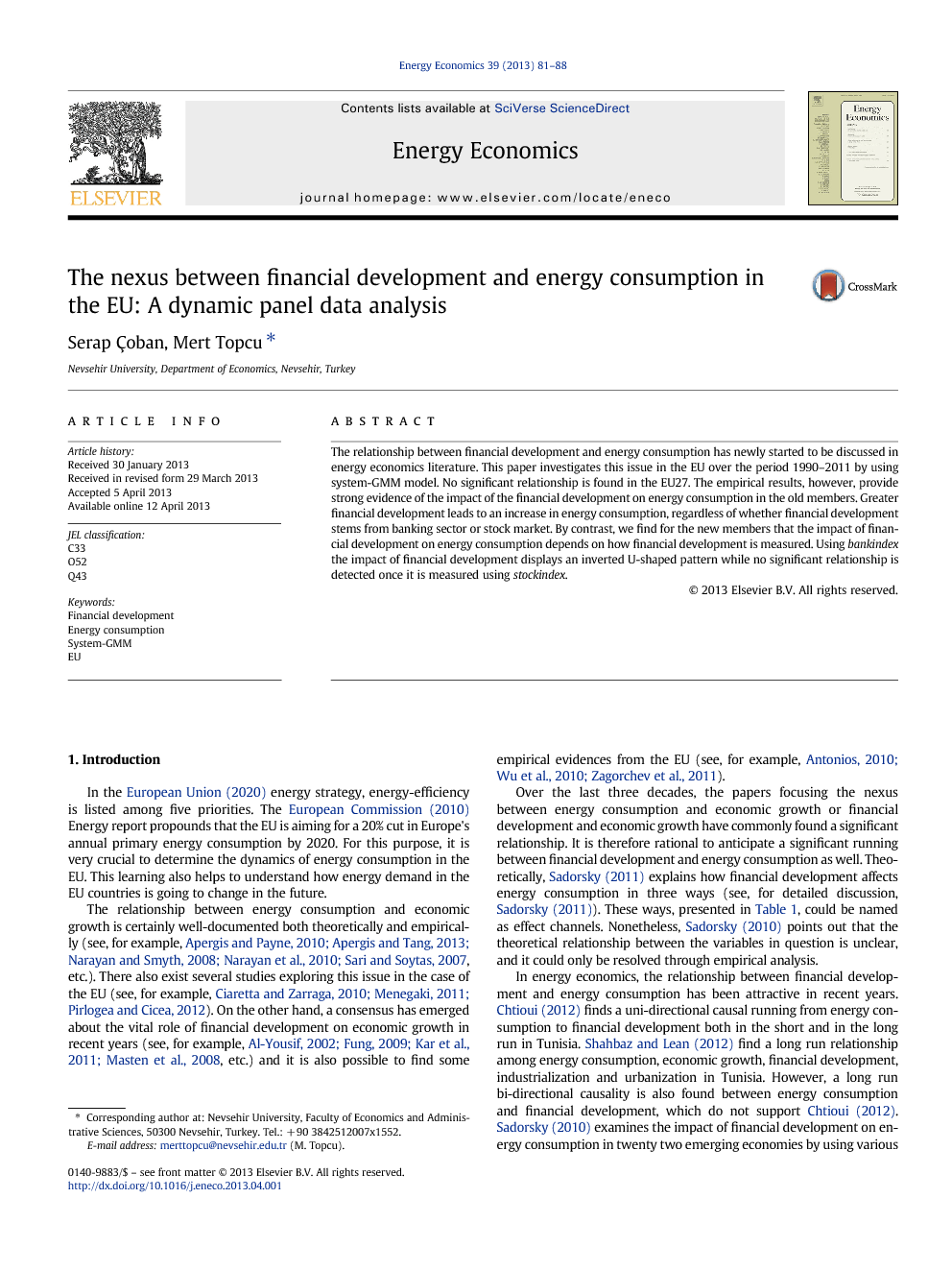 In the European Union (2020) energy strategy, energy-efficiency is listed among five priorities. The European Commission (2010) Energy report propounds that the EU is aiming for a 20% cut in Europe's annual primary energy consumption by 2020. For this purpose, it is very crucial to determine the dynamics of energy consumption in the EU. This learning also helps to understand how energy demand in the EU countries is going to change in the future. The relationship between energy consumption and economic growth is certainly well-documented both theoretically and empirically (see, for example, Apergis and Payne, 2010, Apergis and Tang, 2013, Narayan and Smyth, 2008, Narayan et al., 2010 and Sari and Soytas, 2007, etc.). There also exist several studies exploring this issue in the case of the EU (see, for example, Ciaretta and Zarraga, 2010, Menegaki, 2011 and Pirlogea and Cicea, 2012). On the other hand, a consensus has emerged about the vital role of financial development on economic growth in recent years (see, for example, Al-yousif, 2002, Fung, 2009, Kar et al., 2011 and Masten et al., 2008, etc.) and it is also possible to find some empirical evidences from the EU (see, for example, Antonios, 2010, Wu et al., 2010 and Zagorchev et al., 2011). Over the last three decades, the papers focusing the nexus between energy consumption and economic growth or financial development and economic growth have commonly found a significant relationship. It is therefore rational to anticipate a significant running between financial development and energy consumption as well. Theoretically, Sadorsky (2011) explains how financial development affects energy consumption in three ways (see, for detailed discussion, Sadorsky (2011)). These ways, presented in Table 1, could be named as effect channels. Nonetheless, Sadorsky (2010) points out that the theoretical relationship between the variables in question is unclear, and it could only be resolved through empirical analysis.