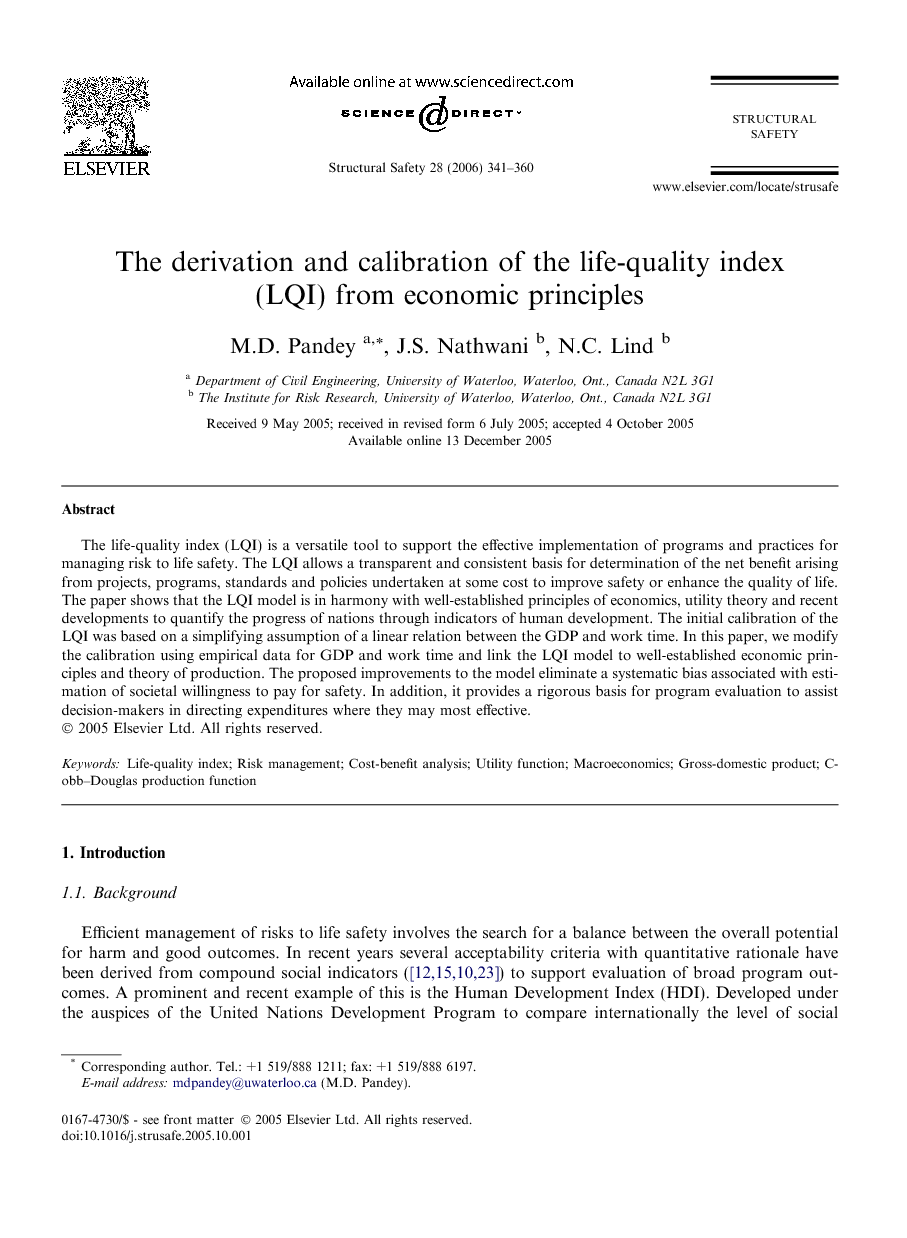 The life-quality index (LQI) is a versatile tool to support the effective implementation of programs and practices for managing risk to life safety. The LQI allows a transparent and consistent basis for determination of the net benefit arising from projects, programs, standards and policies undertaken at some cost to improve safety or enhance the quality of life. The paper shows that the LQI model is in harmony with well-established principles of economics, utility theory and recent developments to quantify the progress of nations through indicators of human development. The initial calibration of the LQI was based on a simplifying assumption of a linear relation between the GDP and work time. In this paper, we modify the calibration using empirical data for GDP and work time and link the LQI model to well-established economic principles and theory of production. The proposed improvements to the model eliminate a systematic bias associated with estimation of societal willingness to pay for safety. In addition, it provides a rigorous basis for program evaluation to assist decision-makers in directing expenditures where they may most effective.

The LQI is derived using the concepts of economics sciences and a lifetime utility function as where C and q are constants that depend on the economic structure of a society in terms of the coefficient of labour share in the gross-domestic product (GDP) and the annual work-time fraction. Using Canadian and the US economic data, and average value of q = 0.2 is proposed for LQI-based analysis life-safety projects. The coefficient C is not relevant to the estimation of societal willingness to pay (SWTP). Given that many economists, regulators and decision-makers are more familiar with concepts of economics and utility theory, this should promote communication to a wider audience. The key conclusions of the paper are as follows. There is a unified basis of deriving the LQI in the context of ordinal utility theory. Earlier derivations utilizing a differential equation format are implicitly based on the utility indifference curve derived from a power utility function under some restrictive conditions. A key parameter is the marginal rate of substitution between the national income and life expectancy, and it is unaffected by a monotonic transformation of the utility function. The assumption of a linear relation between the GDP and work time, used in previous LQI calibration, is modified to provide an improved basis for estimating the societal willingness to pay based on an empirically valid theory of economic production functions in which the GDP is a power function of the work time. The paper clearly illustrates the process of deriving all LQI parameters specific to a country through the economic data analysis.