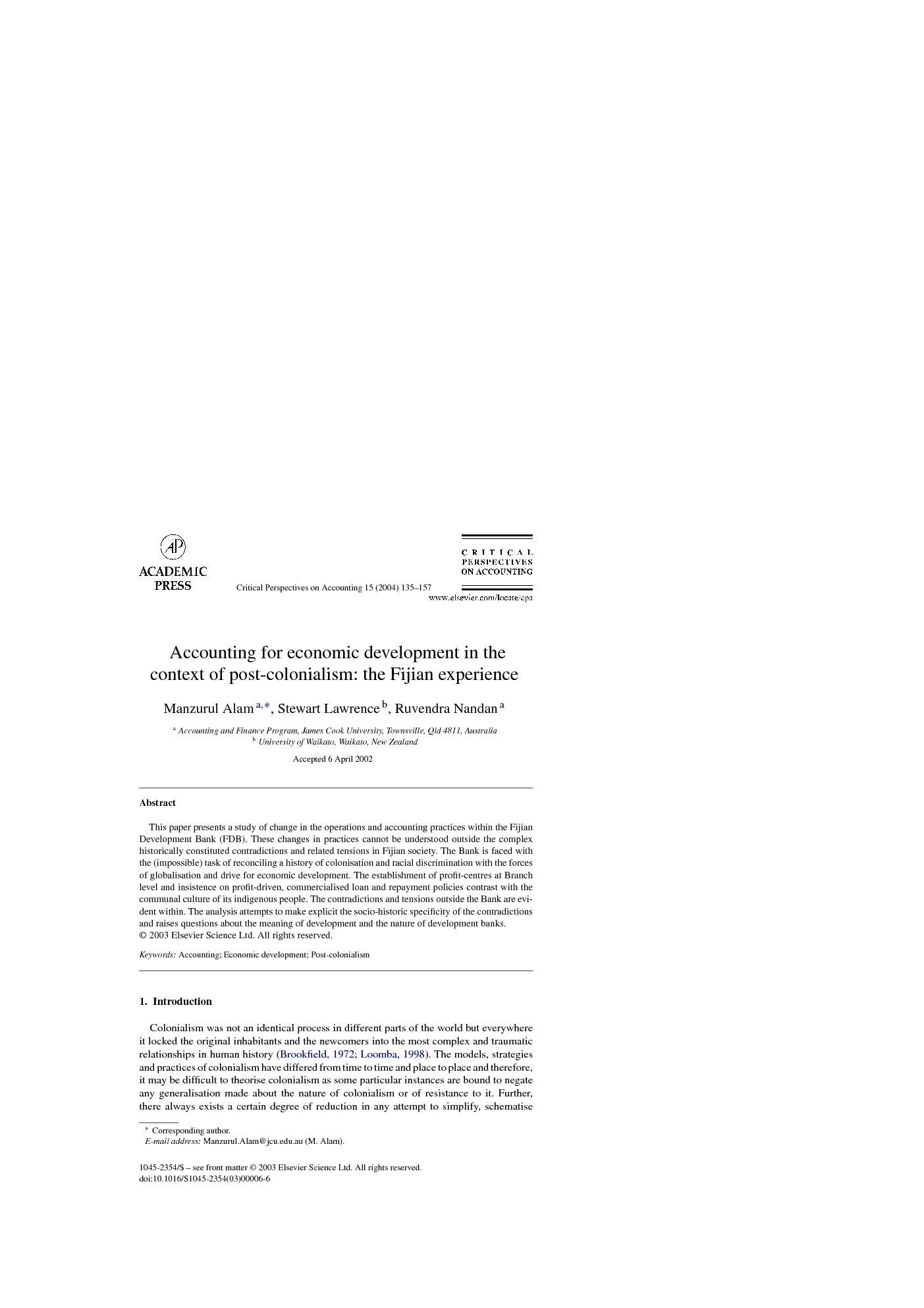 This paper presents a study of change in the operations and accounting practices within the Fijian Development Bank (FDB). These changes in practices cannot be understood outside the complex historically constituted contradictions and related tensions in Fijian society. The Bank is faced with the (impossible) task of reconciling a history of colonisation and racial discrimination with the forces of globalisation and drive for economic development. The establishment of profit-centres at Branch level and insistence on profit-driven, commercialised loan and repayment policies contrast with the communal culture of its indigenous people. The contradictions and tensions outside the Bank are evident within. The analysis attempts to make explicit the socio-historic specificity of the contradictions and raises questions about the meaning of development and the nature of development banks.