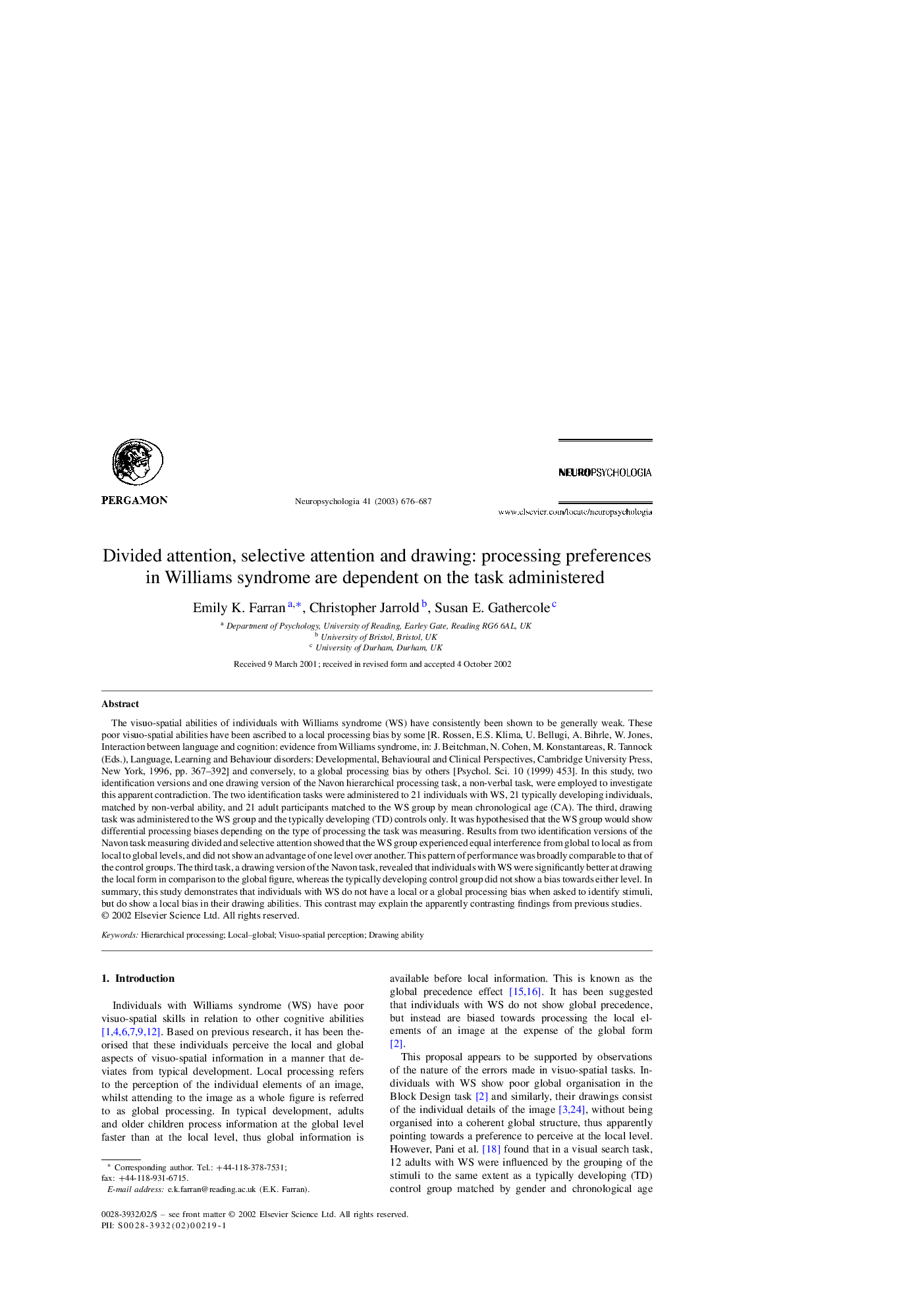 The visuo-spatial abilities of individuals with Williams syndrome (WS) have consistently been shown to be generally weak. These poor visuo-spatial abilities have been ascribed to a local processing bias by some [R. Rossen, E.S. Klima, U. Bellugi, A. Bihrle, W. Jones, Interaction between language and cognition: evidence from Williams syndrome, in: J. Beitchman, N. Cohen, M. Konstantareas, R. Tannock (Eds.), Language, Learning and Behaviour disorders: Developmental, Behavioural and Clinical Perspectives, Cambridge University Press, New York, 1996, pp. 367–392] and conversely, to a global processing bias by others [Psychol. Sci. 10 (1999) 453]. In this study, two identification versions and one drawing version of the Navon hierarchical processing task, a non-verbal task, were employed to investigate this apparent contradiction. The two identification tasks were administered to 21 individuals with WS, 21 typically developing individuals, matched by non-verbal ability, and 21 adult participants matched to the WS group by mean chronological age (CA). The third, drawing task was administered to the WS group and the typically developing (TD) controls only. It was hypothesised that the WS group would show differential processing biases depending on the type of processing the task was measuring. Results from two identification versions of the Navon task measuring divided and selective attention showed that the WS group experienced equal interference from global to local as from local to global levels, and did not show an advantage of one level over another. This pattern of performance was broadly comparable to that of the control groups. The third task, a drawing version of the Navon task, revealed that individuals with WS were significantly better at drawing the local form in comparison to the global figure, whereas the typically developing control group did not show a bias towards either level. In summary, this study demonstrates that individuals with WS do not have a local or a global processing bias when asked to identify stimuli, but do show a local bias in their drawing abilities. This contrast may explain the apparently contrasting findings from previous studies.