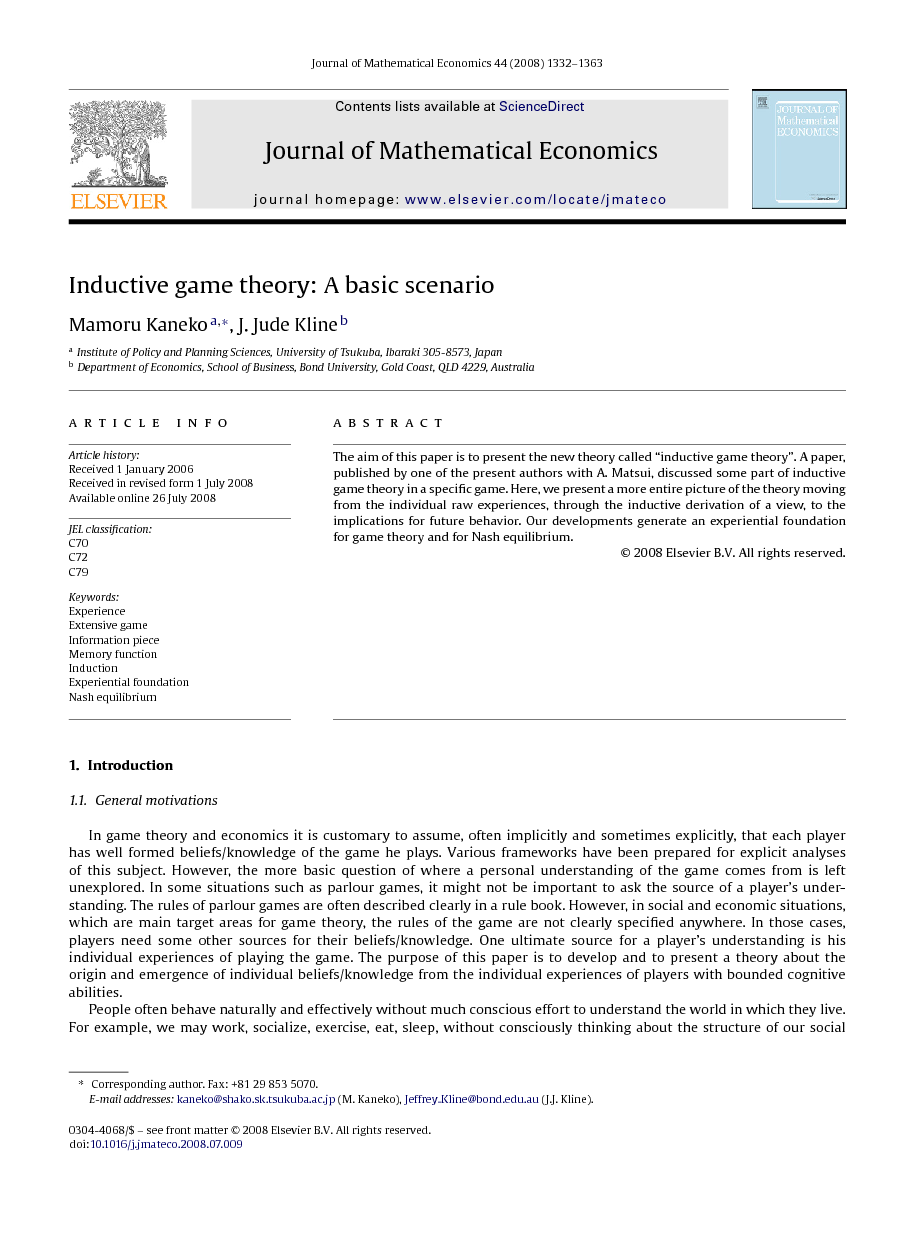 The aim of this paper is to present the new theory called “inductive game theory”. A paper, published by one of the present authors with A. Matsui, discussed some part of inductive game theory in a specific game. Here, we present a more entire picture of the theory moving from the individual raw experiences, through the inductive derivation of a view, to the implications for future behavior. Our developments generate an experiential foundation for game theory and for Nash equilibrium.