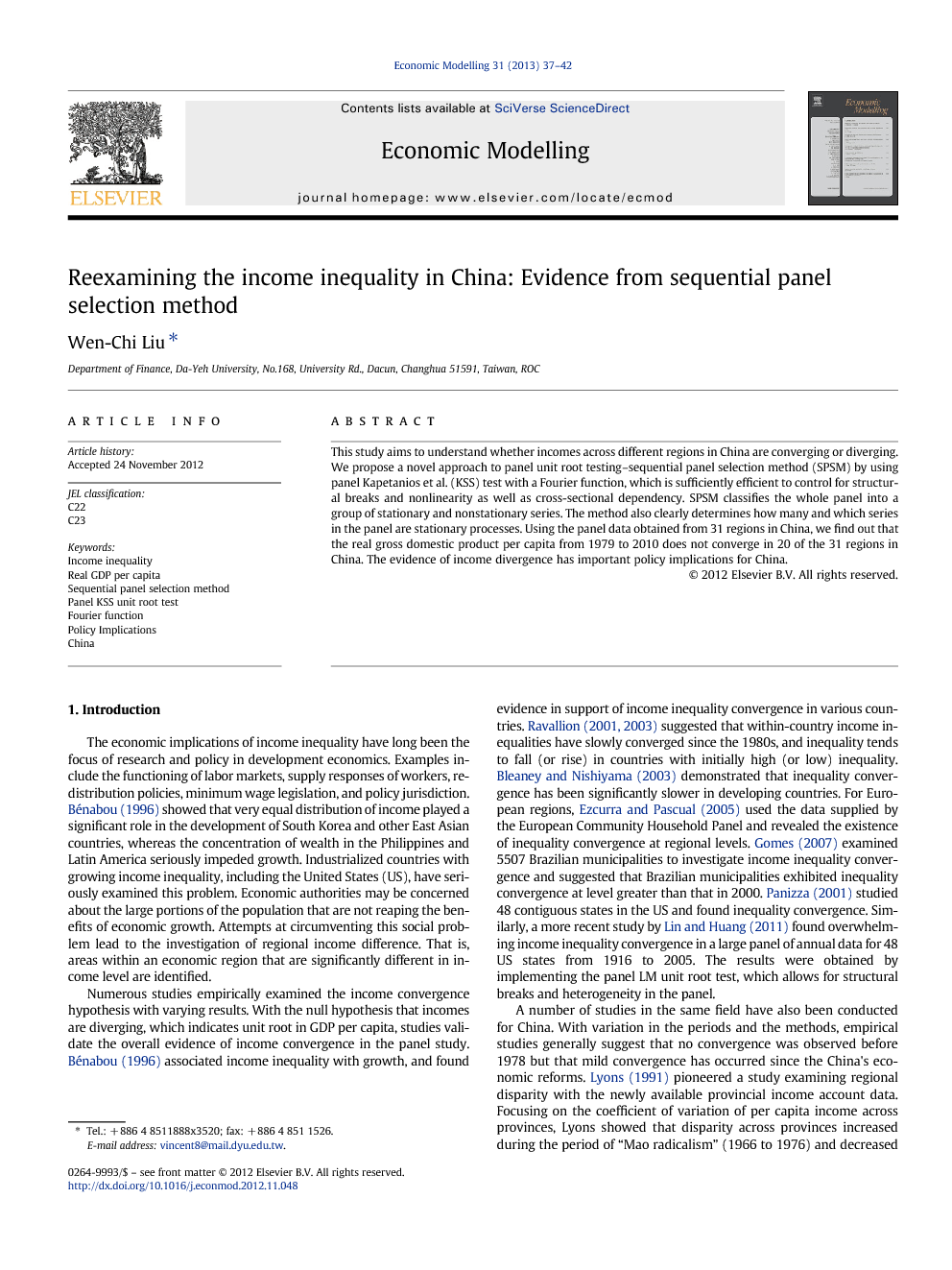 This study aims to understand whether incomes across different regions in China are converging or diverging. We propose a novel approach to panel unit root testing–sequential panel selection method (SPSM) by using panel Kapetanios et al. (KSS) test with a Fourier function, which is sufficiently efficient to control for structural breaks and nonlinearity as well as cross-sectional dependency. SPSM classifies the whole panel into a group of stationary and nonstationary series. The method also clearly determines how many and which series in the panel are stationary processes. Using the panel data obtained from 31 regions in China, we find out that the real gross domestic product per capita from 1979 to 2010 does not converge in 20 of the 31 regions in China. The evidence of income divergence has important policy implications for China.

Whereas previous panel-based unit root tests are joint tests of a unit root for all members of a panel and are incapable of determining the combination of I(0) and I(1) series in a panel setting, the SPSM proposed by Chortareas and Kapetanios (2009) classifies a whole panel into a group of stationary members and a group of nonstationary members. Thus, these tests clearly identify how many and which series in the panel are stationary processes. This study applies the SPSM to test the income convergence properties of 31 regions in China from 1979 to 2010. Our empirical study proves that income convergence in terms of GDP per capita does not hold in 20 of the 31 regions. Therefore, income convergence does not hold in 20 of the 31 regions considered in the study. This finding suggests that the 20 regions in China do not move toward the same income pattern, and therefore, do not show a decrease in income inequality across the 20 regions. Income gaps among the 20 regions seem permanent and provide a room for redistribution or wage policies. The empirical evidence of income inequality in China deserves attention for the design of sound income redistribution policies. An important question arises: The question as to what policies can most effectively address the problem of income inequality may direct future studies to identifying the underlying reasons for income inequality.